Allyson was on the wait-list for bariatric surgery when she discovered a plant-based diet and transformed her health.

For as far back as I can remember, I was an overweight person. I was often referred to as the “girl with a pretty face.” Looking back, I think the weight gain started when I was very young. My parents did not get along, and they were constantly fighting and bickering. I turned to food to comfort me and make me happy. For a while, it did, until it didn’t anymore. The image I had of myself didn’t match the girl staring back in the mirror.

I began trying fad diets from a young age. I watched my carb intake, made sure I had enough protein, and ate small, constricted portions. This would serve me well for a couple of months, before I would slowly slip back into my old eating habits. The truth is that these fad diets were not sustainable, especially for someone who needed to lose a lot of weight. I felt like a failure each time I fell off the wagon, and my confidence faded.

When I turned 20, I hit my rock bottom. I felt that I would never be able to lose weight on my own, and I was so unhappy. I wasn’t living life the way my friends were. I restricted myself from activities, afraid of the unknown and of what people would think. I had to consider things such as whether I would fit in the chair at the movies or restaurants, and if I’d find something fashionable to wear in my size.

On the verge of becoming diabetic, I turned to my family doctor, who recommended bariatric surgery. My name was placed on a wait-list for the surgery. I felt a little bit of hope, like this was the miracle I’d been waiting for. However, four years later, at 24, I was still waiting for the day my name would be called. My weight had skyrocketed to 360 pounds. I struggled to complete simple daily tasks, such as bending over to put on socks or tie my shoes. Waking up every morning became more difficult, and I felt as though I had no purpose.

In 2016, I became extremely depressed and spent the entire summer in my bedroom hiding away. I had given up any hope that I would ever live a “normal” life. Then I began to develop hives all over my body. My doctor gave me steroid cream to alleviate the pain, and I took allergy relief medication. However, nothing seemed to work. These mystery hives persisted for months.

A Breaking Point and Starting Point
I did not fit into society, literally or emotionally. I was at my breaking point. My belief in a “miracle surgery” began to dissipate. I decided that I needed to gain control of my life; I just wasn’t sure how. My mother began exploring other avenues in the area where I live. Searching for any sliver of hope, she stumbled upon a health coaching company that specialized in helping people adopt a whole-food, plant-based diet. I agreed to meet with them, even though I had no idea what a “plant-based diet” looked like.

In October 2016, I met with the coaches. For the first time I truly believed that weight loss was possible and sustainable, so I jumped in with both feet. I started one-on-one sessions, learning how to cook plant-based. Finally, I’d found something that worked: I ate until I was full; I didn’t restrict myself; I made meals that truly comforted me. After two weeks of eating plant-based, my hives were completely gone. I began to have more energy. I was sleeping better. I felt lighter. I noticed my body changing. Eventually, I was able to incorporate exercise into my daily routine, and the weight began to melt away, along with some of my troubles.

Making Strides
In March 2017, I finally got the call I thought I’d been waiting for: It was my turn to get bariatric surgery. Nothing has been more empowering than being able to say, “No, I can do this without surgery.”

To date, I have successfully lost over 100 pounds, and I am beginning to fit back into society. I am now running, hiking mountains, and living a healthier lifestyle in general.

When I stopped blaming others and accepted where I was at, I gained clarity and saw that I was in control and had a choice of how I wanted to live my life and what I put in my body. The truth is that there is no magic cure. Going whole-food, plant-based will require you to work hard and change your lifestyle, attitudes, and priorities. But if I could share one piece of advice it would be this: Don’t wait another day. Jump in, and don’t look back. You won’t regret it. 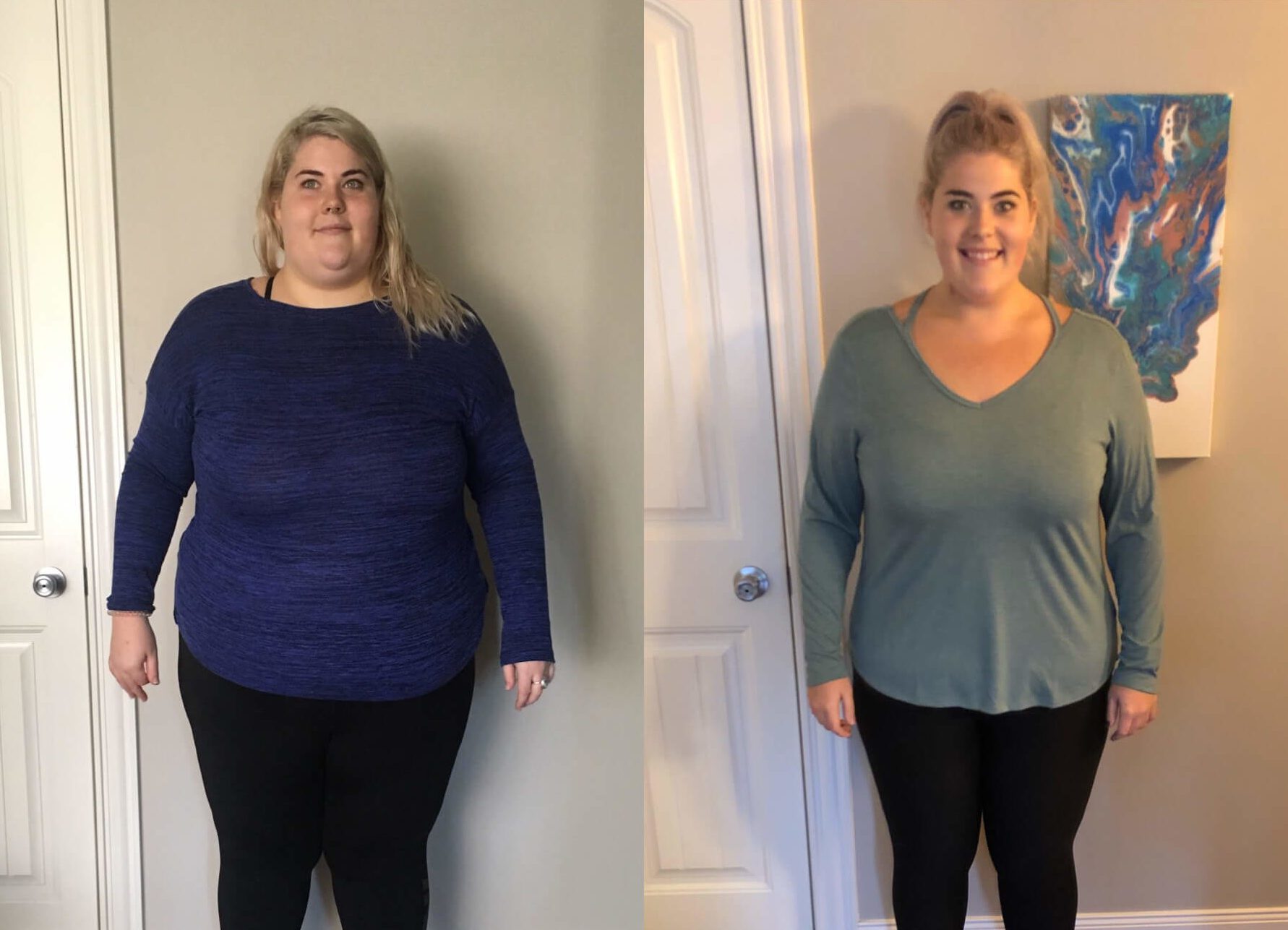