How I Went from Cancer Patient to Ironman Triathlete 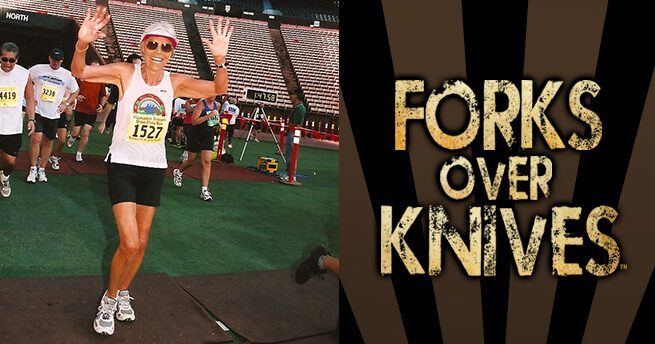 One of the most frequently asked questions I get is, What inspired you to do an Ironman Triathlon right after being diagnosed with breast cancer? The answer is that I stumbled onto some powerful information on both the role of diet and exercise on vibrant health and decided I had to spread the word. Thus, I began my mission to prove the powerful benefits of a low-fat vegan diet and rigorous exercise.

At the time of my breast cancer diagnosis, I had already been running daily for 14 years. In fact, I had run several marathons, so I was quite fit and found it hard to believe that I could have cancer. I didn’t smoke or drink, and ate what I thought was a healthy diet; this meant lots of chicken, fish, and low-fat dairy.

Several tests I took showed that the cancer had spread to my bones, a lung, and most likely my liver. Soon thereafter, by coincidence, I saw one of the first ever Ironman Triathlons on TV. This was back in 1982 when a race consisting of a 2.4-mile swim, a 112-mile bike, and then a 26.2-mile marathon, was thought to be tackled only by crazies!

I wondered if being fitter would make a difference with my cancer. I wasn’t sure but I decided to add swimming and cycling to my usual exercise routine. I thought about the Ironman, but naturally there was a lot of trepidation. What if I couldn’t finish? What if I finished last? What if all that training was detrimental to my body when I was dealing with the cancer?

At around the same time, I volunteered to be in the breast cancer vegan diet research study being conducted by Dr. John McDougall. I was soon seeing the benefits of the improved diet, such as more energy, better endurance, better sleep, and the elimination of my arthritis. Most importantly, some of the cancer was reversing: hot spots on the bone scan faded, bone pain stopped, and the liver enzymes normalized.

While I was realizing the benefits of my new diet, I soon found out that no woman as old as me—age 47—had ever done an Ironman. Plus no cancer patient either! I decided that this was going to be my challenge: to show that a healthy vegan diet was powerful enough to not only beat the cancer, but to complete in the Ironman Triathlon! So I trained hard and I did it—and to show that it wasn’t a fluke, I did it again the following year, and again for a total of six times!

I also kept up with marathons (now a total of 67) and even did a number of ultra-marathons. I did one race called, “The Run to the Sun,” which involves running 37 miles from sea level to the top of Haleakala on Maui—with  a gain of more than 10,000 feet in elevation! There is absolutely no doubt in my mind that this is really living—going from cancer patient to the Ironman! 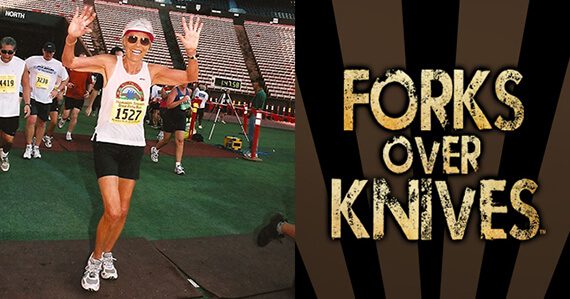 Ruth is a six-time Ironman Triathlon finisher who has won more than 900 medals in races around the world, including more than 60 marathons. Now in her seventies, Ruth was diagnosed with breast cancer in her forties, which has been in remission since she began a plant-based diet. She is the author of Lifelong Running, A Race for Life, CHEF, and Senior Fitness, all available through her website, ruthheidrich.com.