In 2011, I took over a small restaurant in my town and, shortly after, turned it into a BBQ joint. Over the next five years, I gained almost 150 pounds, weighing in at 348 pounds. I also developed severe joint pain and was taking 21 ibuprofen daily (4,200 milligrams). I had horrible sleep apnea, and eventually became pre-diabetic and had high cholesterol and high blood pressure. I had no idea becoming a vegan chef would be in my future.

In 2016, I developed severe edema. My hands, feet, and legs were always swollen. I saw my doctor many times, and the answer was always to throw pills at me. I was prescribed an anti-inflammatory, a painkiller, and a muscle relaxer. The medications seemed to help a little, but they never fixed the issues, and the edema persisted. I even had a deep vein thrombosis scan and a couple of EKG’s. Even though I was a morbidly obese guy, I was never once talked to about my diet!

In September 2016, I began having severe gastrointestinal pain. On October 3, 2016, I was hospitalized for it. They ran many tests, gave me no answers, did not address my diet, and prescribed even more medications.

The Start of My Plant-Based Journey
When I was released from the hospital, I had a conversation with my 68-year-old, extremely healthy, mostly plant-based mom. Her words to me were: “Don’t fill those prescriptions. Food is medicine! Do the research!”

So I did! I was unable to work, and I’m an avid research junkie, so I poured through the internet and medical journals for an anti-inflammatory diet.

Beginning Oct 5, 2016, I stopped eating beef, pork, and chicken; cut my dairy consumption by more than half; and stopped drinking soda. I added turmeric to my diet and started hydrating with lemon and lime in my water. I also limited my refined carbohydrate intake. In a little over two weeks, my edema was gone and my blood pressure stabilized into the normal range. In 100 days, I lost 80 pounds.

Going Full-Fledged WFPB
In February 2017, I watched the documentary Forks Over Knives and immediately stopped consuming cheese due to the casein, casomorphins, and IGF-1 in dairy. Within three weeks of ditching dairy, my lifelong struggle of daily anxiety disappeared. As I continued to research, I decided to give up eggs and fish, realizing that I had no need for these protein sources in my diet. Nor did I need the additional cholesterol!

In November 2017, I had blood work done. My blood pressure is excellent, and everything else is in the normal reference range. I am currently at 188 pounds. That is a 160-pound weight loss in 18 months. The best thing is, I feel great and have a ton of energy.

I since have gone on to start a plant-based nutrition support group in my local community and do plant-based cooking demonstrations at my local farmers’ market. I also started a blog in order to help others and to give tips and nutrition information. 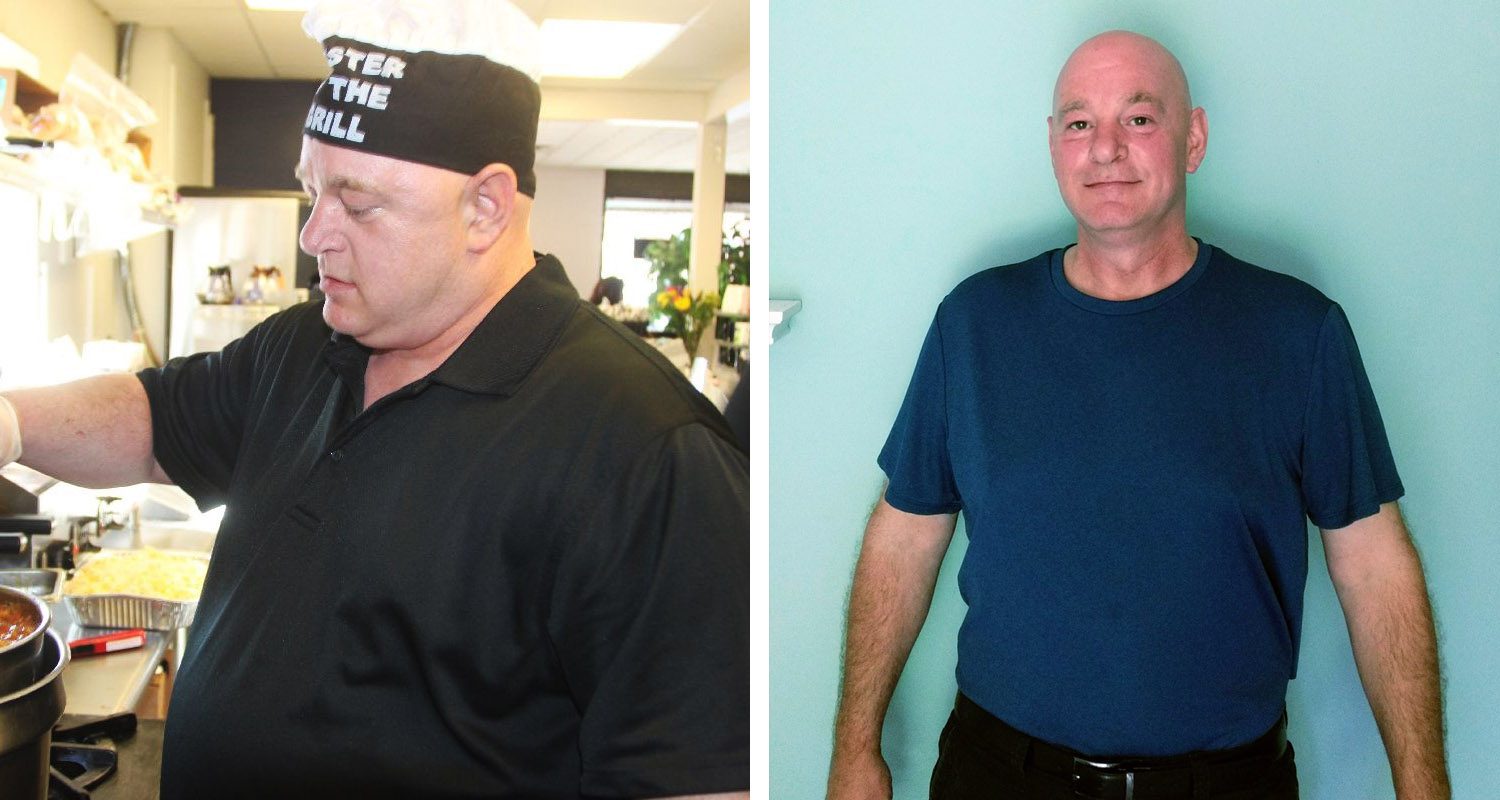