How I Dumped Milk Down the Drain, Adopted a Plant-Based Diet, and Regained My Singing Voice 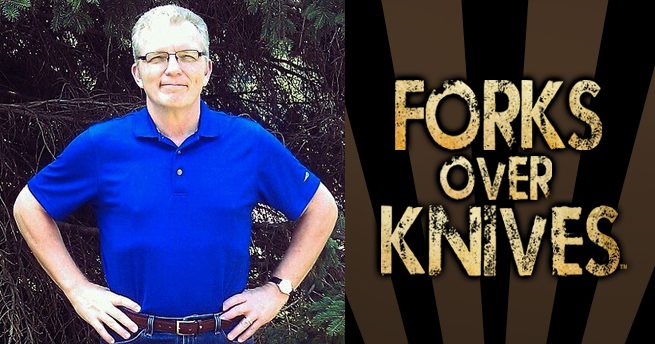 Having known some things about foods for the last 10+ years, I wasn’t too anxious to watch Forks Over Knives, as I figured it would just confirm what I already knew: the foods we often eat are unhealthy.

The “fateful” day was a Saturday in the middle of March when I decided to watch the film with my wife. Those 90 minutes changed our lives. I have always consumed a lot of milk and cheese, not to mention donuts, chocolate, etc. But after the movie, the milk was dumped down the drain and the three cheese blocks I’d just bought that morning were given away. From that moment on, things were going to be different.

At age 56, 6 feet and 238 pounds, my doctor had been encouraging me to take cholesterol and blood pressure medications. One doctor even told me I was obese. Plus, as a musician, I had not been able to sing or play trumpet in the last year due to very little voice and air. I was diagnosed as asthmatic and given two inhalers. Something had to give and it did in the middle of March.

Several weeks after totally giving myself to a plant-based lifestyle, I was breathing easier, able to sing again, and quit using my inhalers. Plus, my wife told me I quit snoring!

Three months into our lifestyle change, I dropped 36 pounds, had more energy and felt better about myself. However, what I wanted the most were blood test results for my annual checkup. When my appointment was pushed back to the end of July, I knew I couldn’t wait. I asked for a blood work order and went in June 4. On June 7, I called my doctor’s office for the results and left a voice message. Later that day the nurse practitioner called me back.

“Tim, you are asking about your numbers because you want to brag. Every single number you have is perfect. I’m jealous!” Probing a little further, I asked for my cholesterol number. For the last 20-plus years it has been at 215. Now, three months after going on a plant-based diet, it’s at 150! Who would have thought?

With my father dying early from a heart attack and my mother from cancer, I am glad to be on the right track. While the weight loss has been nice, I am in this for the health of it. Thank you, Forks Over Knives! God bless.