From a Failing Heart and Weight Struggles to Healthy and Active: A Couple’s Plant-Based Journey

As a firefighter and an outdoorsy person in general, my husband, Don, never had a problem with his weight. But his diet caught up with him in other ways. After he was diagnosed with congestive heart failure, his health really started to go downhill. He could barely go to the mailbox and back without being out of breath. One morning, his arthritis and inflammation had gotten so bad that he couldn’t even get out of bed. It took five paramedics to get him onto a gurney to go to the hospital. He also had frequent gout flare-ups, which would make his knee swell up like a basketball. None of the nine medications he was on seemed to be working, and it felt like we’d run out of options.

I was beside myself with worry, and I had some health issues of my own. I was born and raised in Cuba, so I love pork, rich desserts, rum—all that stuff. I’ve always struggled with my weight, and at one point when I was younger, I was up to 218 pounds. I would go on diets, lose a few pounds, and then gain more weight than I had lost. It was frustrating and discouraging.

Neither of us really knew what we could do to get our health back on track until I attended a plant-based nutrition class on the recommendation of a friend. At the end of the class, two women with severe MS gave testimonials about how switching to a whole-food, plant-based diet transformed their lives. What they said struck a chord with me. Their stories were so inspiring that I came straight home and told Don, “We need to try this. Nothing else is working.”

Don didn’t agree right away; he wasn’t sure about giving up meat. Plus, he’s a big baseball fan. During the season, he’s always at the stadium supporting the local minor league team, and he knew there would be nothing for him to eat at the games. So, I had to play hardball. “You almost died twice and I’m the one who had to sit in the waiting room to find out if you’d come through,” I told him. “You’re going to do it because I’m going to do it.”

Don promised he’d give it a try… after baseball season. And he did. In our first class together, they showed Forks Over Knives. It changed our lives. After just 10 days on a whole-food, plant-based diet, Don felt better than he had in years. His arthritis wasn’t as achy and he had more energy.

Neither of us has ever looked back—the difference that a whole-food, plant-based diet made has been nothing short of miraculous. Don’s gone from being on nine medications to three, and he’s completely off his arthritis medication. He hasn’t had a gout flare-up in more than a year, not even a tingle. And he went from not being able to walk the 131 feet to the mailbox to riding a bike 12 to 16 miles!

We’ve both lost weight, too. Don started the program at 191 pounds and now he’s down to 158. And for the first time in my life, I haven’t had to worry about my weight. I’ve lost 35 to 45 pounds without even trying.

The key for both of us has been to learn how to cook foods that taste good and satisfy us. Otherwise, it doesn’t matter how good the program is for our health; we know we won’t stick with it if we’re craving things all the time. We’ve been making a lot of recipes from Forks Over Knives and they’ve all been really good and really satisfying. We never miss the way we used to eat.

Back in the Game

Don and I have also tackled the baseball situation together. During that first baseball season after our transition, I made bean burgers and packed salads and fruit for Don to take to the ballpark. No one’s supposed to bring food into the stadium, but when Don explained to the security guard that there was nothing he could eat inside, the guard started letting him in with his food. It got to be such a thing that they would actually heat his bean burger on the concession grill for him! Don eventually told the stadium manager why he was bringing his own food, and before long, the concession stands started serving veggie burgers. It’s just a little thing, but I think reaching out to others in every situation you encounter is how the movement keeps growing.

With friends and family, we continue to share our passion for plant-based living. We hosted a vegan potluck and showed Forks Over Knives, which went over well, but we sometimes have to reassure the skeptics. “We’re still Betty and Don,” I say. “We haven’t turned into Martians!” But then, if someone asks me about our lifestyle, they’d better know ahead of time: I won’t shut up because I believe in it and I absolutely love it! 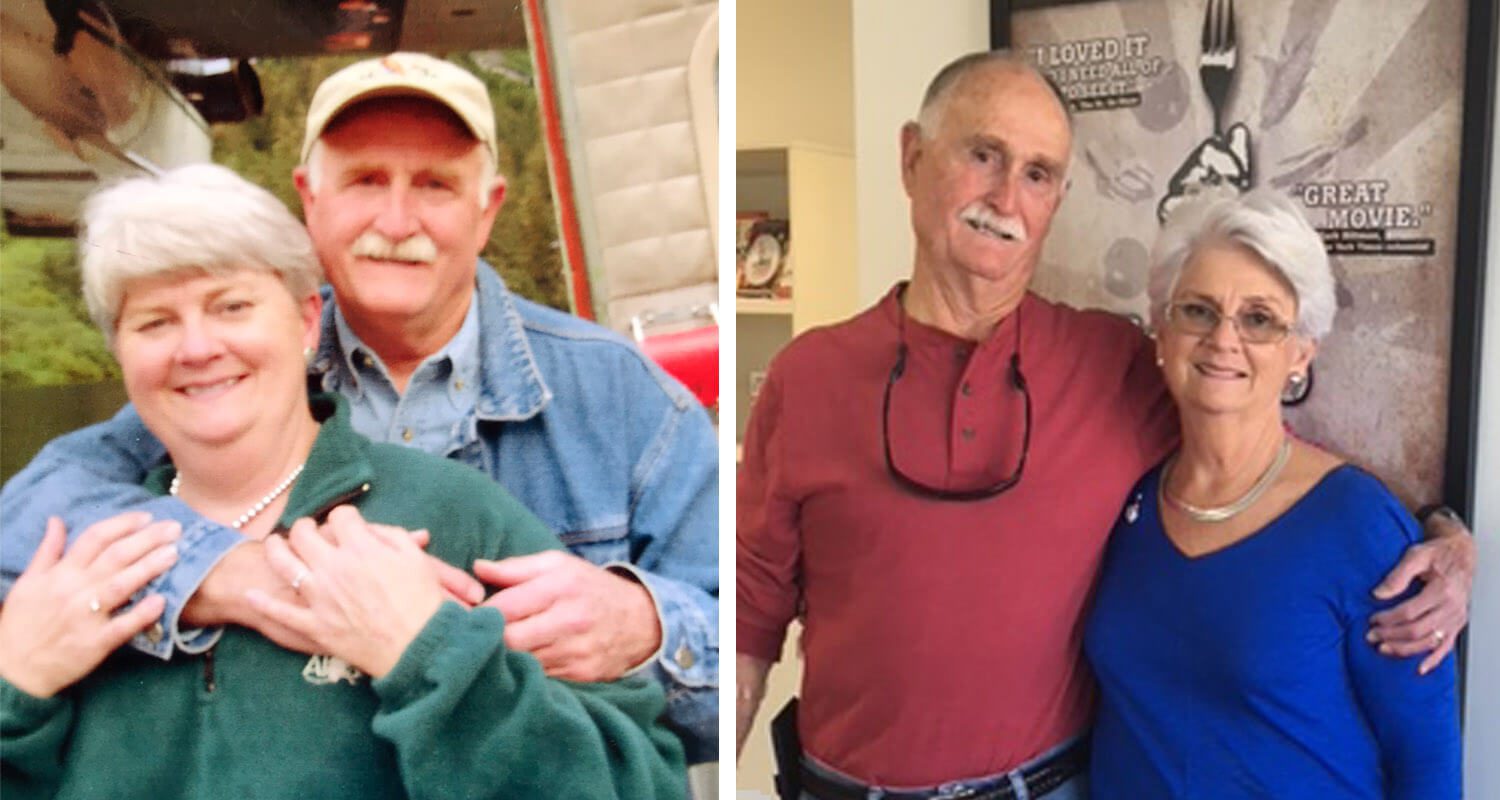 As Early as Day 3 on a WFPB Diet, I Noticed I Had So Much More Energy
Jan 30, 2023
On an Oil-Free Plant-Based Diet, I’ve Normalized My Cholesterol and Improved My Eyesight
Jan 11, 2023
How Plant-Based Experts Stay Fit All Winter Long (No Gym Membership Required)
Jan 6, 2023