Forks Over Knives and Plant-Based Lifestyle Has Me Lighter, More Energetic and Healthier 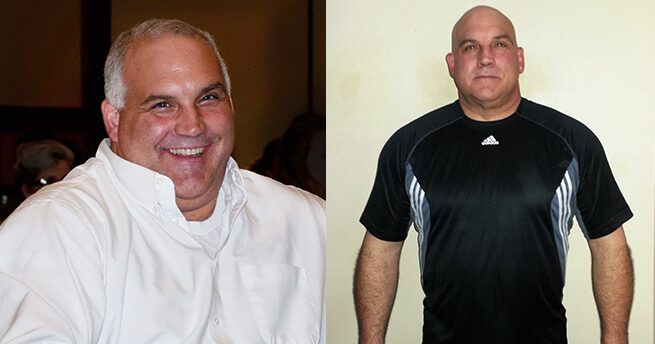 In March of 2012, I returned home from a Caribbean cruise to find myself at the heaviest weight I have been in my life. I was dismayed. I have been active most of my life and exercised regularly. Despite the effort, I still struggled with not only with my weight, but with high cholesterol and blood pressure. So, when I peaked out at just less than 300 pounds, I knew I could not continue on my current path and became determined to do something different. I was going to revamp my exercise regimen and eat healthier.

And that was when a seemingly divine intervention occurred. The next day, as I worked my way through the grocery store determined to load up on healthy food, I ran into an acquaintance and we started talking. As I shared my dismay and pain, he asked me if I had heard of Forks Over Knives. I hadn’t. He invited me to watch it, indicating he and his wife had been following the film’s recommended lifestyle for a while.

Now, until this time I lived my life as a devout carnivore. One of my favorites was an all-you-can-eat ribs special! As a lifelong weightlifter, I counted on meat and dairy products as a primary source of protein (yes, I was totally uneducated on this). I also loved my backyard barbecue.

A couple of days later I started watching Forks Over Knives. Due to circumstances that day, I didn’t make it all the way through – yet what I had seen left a big impression. So when my wife asked me the next morning what I thought, I responded, “I think I am a vegetarian.” I laughed. I shared with her what I had learned so far and how I could not stop thinking about the film’s evidence-based message. She was intrigued and so the next night we watched the whole film together. When it concluded, my wife and I agreed to try the plant-based lifestyle for a week. Well, nearly one year later we are still plant-based eaters!

We have never felt better. I am delighted with the increased energy, mental capacity and stamina that I have. I became 45 pounds lighter within 4 months and have maintained my new weight all this time. While I’m still lifting weights regularly, I have also become a runner and now run an average of 12-15 miles a week. This is not bad for an over-50 football lineman! Most importantly, through plant-based eating and exercise, my blood pressure and cholesterol have reached normal. In 2010, a colonoscopy found precancerous polyps, which prompted a return test in the fall 2012. I went for the test, and to my surprise I had a fully healthy colon! Forks Over Knives has changed my life and I plan to live this way for the rest of my years. Thank you! 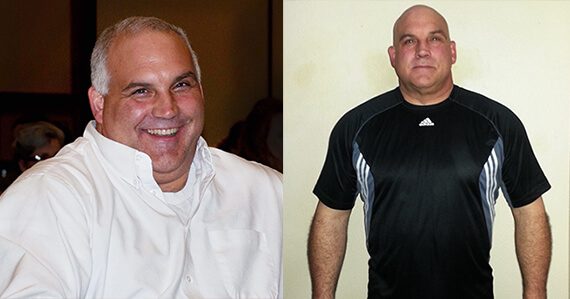