Changing My Diet Saved Me from an Early Grave 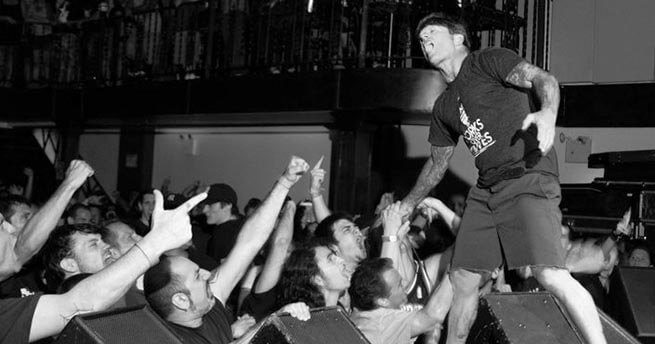 To say I had a rough childhood is an understatement. My father was a maniac, alcoholic prizefighter who constantly beat my mom and two brothers while I lived on the run from his violent assaults. Finally, after a severe beating he gave my mom one night, my brothers and I were removed from the house and placed into foster care.

The foster home was abusive and a living hell for seven years. After the state shut it down, we bounced around more foster homes for another year. Then at 14 years old, in 1977, I was on the streets of NYC when it was the most violent city in the nation. I saw people shot, stabbed, murdered, overdosed—I was even shot in the leg in a drug deal.

I lived for violence because that’s all I knew. Finally I was arrested and locked up in a juvenile correction center for 21 months. Trust me, this was no place a kid wanted to be. When I was released I went into the Navy more confused, angry, and drugged up than ever. My Navy psychological evaluations said I was a time bomb waiting to go off—and the worst part about it was I knew they were right. But I had no answers. I didn’t know how to change or where to even begin to try.

In 1980 I was involved in the D.C. punk scene. As fate would have it my prayers in those jail cells to whoever it was that answered prayers were answered. I met up with a band called the Bad Brains who were amazing musicians and Rastafarians. They talked about vegetarianism and all kinds of esoteric things like yoga and philosophy. That’s when the light came on and dissipated the darkness. They offered me a job as security/roadie under one condition: I could not eat meat or take drugs. I took up the challenge in 1980 and haven’t looked back for the last 32 years.

Why am I bringing all this up? Because the first step on my new path was to stop consuming dead animal flesh. When I stopped that one act something inside of me changed. I became insightful. I meditated and did yoga. Yet I was no pacifist. New York City was still a violent place in the ’80s, so sometimes you had to deal with things. But the point is I changed and as I did so more amazing people came into my life with knowledge and helped me. I was on my path.

I soon co-founded and became singer of a hard-core punk rock group, the Cro-Mags. I’ve written two books and I’m writing a third, as well as a screenplay based on my first book. All these years later, I’m going strong doing things guys half my age can’t do. And to think I was on such a destructive path early in life.

The main thing for me now is to pass along the knowledge and gifts I received. And I know that changing my diet started my own change. I really feel with all my soul that reaching out to the tens and thousands of people has in turn helped me. A lot of the people that I’ve helped have come from backgrounds like mine, some even worse. I speak their language and they listen.

We’re in this world together and we can fix what’s broken if we all try. Look the science is in: we can save the planet, the animals and our rapidly decreasing health if we just switch to a whole-food, plant-based diet. Guys, meat ain’t macho, standing up for the innocent creatures who are needlessly slaughtered and speaking out against these industries selling food that’s killing everyone – now that takes some intestinal fortitude.

Read more about John in our follow-up interview here. 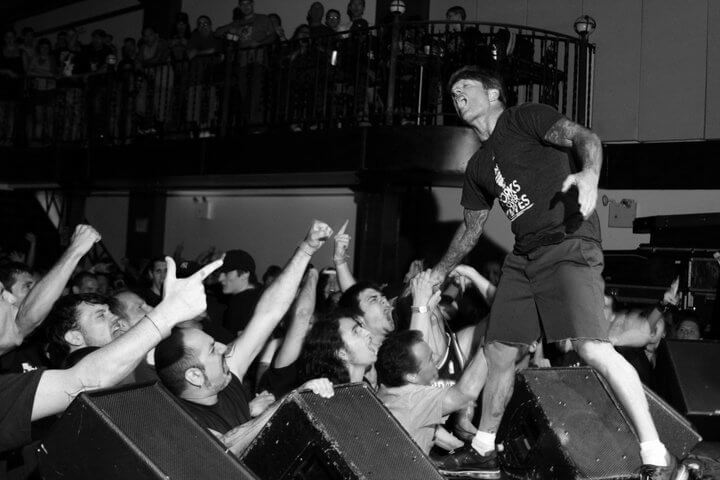 John Joseph is lead singer of the Cro-Mags, which he co-founded in 1981. He is author of The Evolution of a Cro-Magnon and Meat Is for Pussies. He is an Ironman triathlete. For updates, follow him on Instagram and Facebook.