Breaking the Family Cycle of Heart Disease With Diet, Not Drugs

Many Fork Over Knives success stories describe stopping dozens of daily medicines after having endured massively invasive surgeries … then going on to lose hundreds of pounds and compete in Ironman triathlons (or other such incredible accomplishments). My story is less dramatic, but definitely life-changing, at least for me. It’s about breaking the cycle of family heart disease, going back generations. Even though I have no impressive before and after weight loss photos to share, I hope the average person will be inspired.

My great-grandfather and my grandfather both died of heart attacks, at age 53 and 60, respectively. My father had his first heart attack at 55, and then a second, more severe one that required triple bypass surgery. Following suit, I had all the classic risk factors for a heart attack by age 54, including a total cholesterol level of 236 and climbing—even though I was eating what I considered to be a healthy diet (low in fat, with no red meat).

When I asked my doctor what I could do to avoid succumbing to the same fate as the other men in my family, he told me the best I could hope for would be to postpone the inevitable by taking fish oil pills and baby aspirin. After landing in the emergency room in 2013 with the classic heart attack symptoms, I decided to defy my doctor’s doomsday prediction. I had watched the Forks Over Knives documentary a few months earlier … and now was the time to embark on the FOK diet, cold turkey!

MY NEW LEASE ON LIFE

That was almost two years ago. Since then, my life has changed dramatically. But I didn’t lose 300 pounds, start running triathlons, or stop taking medications. In reality, I still spend most of my time as a programmer and film festival founder sitting in front of a computer screen typing away, using more of my brain than my body. Yet I have the body fat and heart rate of a runner, and I can now see my abs for the first time since I was 28 years old. For a guy my age, that rocks!

A few weeks ago, I donated blood for the first time, with the intention of getting a free cholesterol test for my trouble. My new clean veins pumped out a bag of blood in record time, and the nurses asked me if I was involved in professional athletics! I told them my greatest physical feat is typing up to 90 words a minute, and then I told them about my diet. But it would be days until I got my cholesterol number from the lab. I was nervous. What if my “genes” really were the problem? Finally, I got the verdict by email: 146—a 90-points drop! I jumped for joy and even posted my numbers on Facebook for all to see!

Since I started the diet, the shooting pains in my arm and chest are gone. I am wearing the same size clothes I did when I got married over 25 years ago, and my stamina is amazing. My lifelong breathing/allergy issues are gone, I no longer have digestive problems, and I went through an entire winter without getting a cold or flu—which has never happened before.

I now believe I have a great chance to see my daughter’s grandkids. I truly believe I have broken the cycle of heart attacks in my family and avoided my doctor’s death sentence. I have taken control over my life, by the simple act of controlling what goes into my mouth.

It may not make for dramatic storytelling, but living a healthy, long life trumps high drama any day in my book. Thanks, Forks Over Knives!

[Editor’s Note: Since writing this testimonial, David’s cholesterol has gone down even further to 126.] 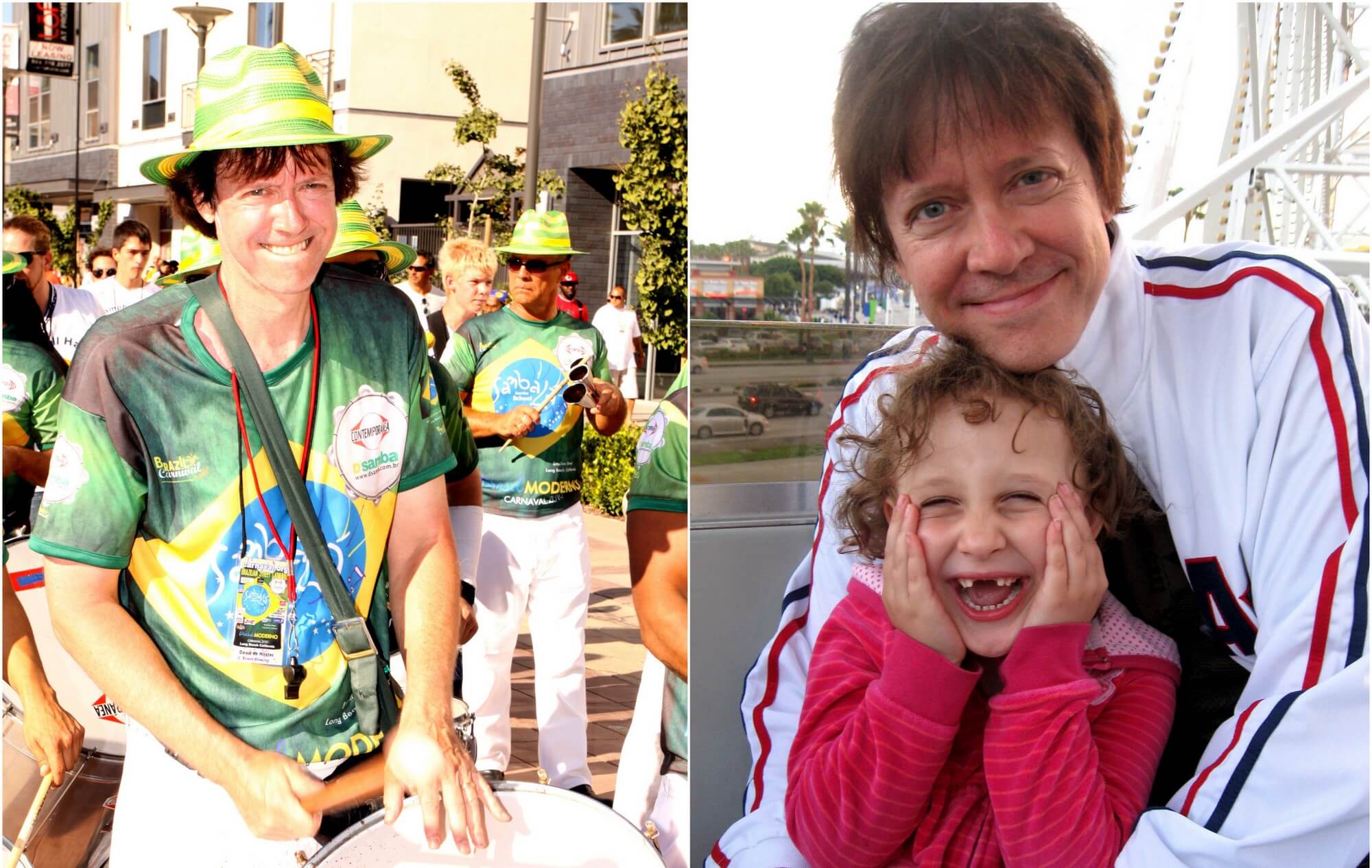