Overweight Since Childhood, I Now Run Circles Around People Half My Age!

At the ripe old age of 11, I came to the realization that I could no longer eat animals. I simply would not do it any more. My poor Nonna (Italian grandmother) thought I’d truly lost my mind. I can still hear her asking me: “You crazy, o what? Why you wanna do dis kinda ting?”

Her attitude soon shifted though, as it was most important to her that she be able to continue to feed me. Meatless sauces were made “speciale” for me, and there were lots of delicious vegetable dishes on the table (often cooked in butter and olive oil and sprinkled with parmesan). My special food contained no meat, but it was often full of dairy products, and I happily consumed them.

How healthy was I as a vegetarian? Throughout my entire childhood, I was told that I was too fat. My pediatrician put me on the airline stewardess diet. That didn’t work. When I was 13, the doctor suggested I join Weight Watchers, which didn’t help much either. At age 14, I weighed 160 lbs. A boy in my class told me that I was built like a linebacker, and I was crushed. I graduated from college at age 21, and at 5’2″ I weighed more than 190 lbs. My highest weight, in my early 30s, was at least 210 lbs. (possibly higher, as I didn’t own a scale)!

Fortunately, my story takes a positive turn. Three years ago, I went 100% vegan, cold turkey! I had watched the film Forks Over Knives, and the science behind The China Study opened my eyes. Shortly thereafter I watched the documentary Earthlings, and it was a done deal. I finally came across the information I needed to make the easiest, best, healthiest, most logical, and most compassionate decision of my life. I’m happier than I have ever been and I’m eager to share all that I’ve learned.

Food was killing me. Now, food is fuel. Going vegan has completely changed my life for the better! I’m so much happier now. I’m nourished, inside and out. I’ve easily lost more than 65 pounds, and I’m physically stronger and faster than I have ever been in my life. I run miles without fatigue or pain. I lift weights frequently, and I frankly run circles around a lot of folks half my age. I have never felt physically or mentally stronger … and this is only the beginning. I’m enjoying an active, happy life fueled by a 100% vegan, plant-based diet. If only I had known life could be this good!

Just like Nonna, I love to cook and I love to feed people. Veganizing family recipes like pasta al pesto, and even creating desserts to bring to my meat-loving co-workers, has been much easier than I ever could have imagined. All I had to do was seek out the information. You can do the same. I have absolute confidence in you! 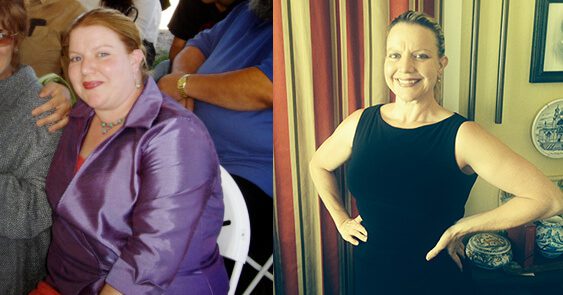