After a Heart Attack, I Changed My Diet, Shocked My Cardiologist, and Avoided Bypass Surgery

On June 14, 2014, while on a fishing and camping trip with my son, I had a heart attack. I was 53 years old. We drove to a small-town hospital and were immediately flown by helicopter to a hospital in Kyle, Texas. The cardiologist there placed three stents in my arteries and got the blood flow going again to save my life. He then told me I would need quadruple bypass surgery as soon as possible (within six months to a year). Prior to that day, I had shown no symptoms of heart disease.

I sent the CD imagery of my arteries to a close friend in Odessa, Texas who is a vascular surgeon. He agreed with the cardiologist and confirmed that I had “severe heart disease.” It was a shock, completely out of the blue, and hard to understand. My wife had been pushing me to get a stress test for years because of my family history of heart disease, but my doctor would not order the test because I showed no symptoms. I had been on Crestor (cholesterol medication) for over 25 years, and my cholesterol was under control. I thought I was okay.

About a year before my heart attack, my surgeon friend in Odessa had told me about Dr. Esselstyn’s book, Prevent and Reverse Heart Disease. He and his wife followed the whole-food plant-based diet outlined in the book. I was interested, but I had not read the book or tried the diet since he mentioned it. After he saw my heart disease on the CD, he sent me the Forks Over Knives video and encouraged me to try the diet and lifestyle. He was very careful to tell me that this was not for everybody; it was an “all or nothing” challenge.

Six Months Away From Bypass Surgery, I Changed My Diet

I am a very pragmatic person: if I was facing bypass surgery in as little as six months, what did I have to lose? I decided to follow the diet and see what happened: no harm, no foul, if it didn’t work, right? So I jumped in! I was already exercising 45 minutes per day per my cardiologist, and I was losing a little weight doing that and eating “heart healthy,” as described by the pamphlets at the hospital. Once I started the whole-food, plant-based diet, the weight starting falling off. I weighed 205 pounds the day of my heart attack (I am 5’9″ tall), and I started losing 2 to 3 pounds per day. Needless to say, I felt great and had tons of new energy.

This part of my story is hard to believe, but I have the documentation to prove it. After 30 days of this new lifestyle (yes, I said 30 days), I went in to the lab for bloodwork. The lab called me the next day and told me to cut my Crestor in half immediately because my LDL was in the 30s and too low (under 100 is considered optimal)! And my HDL was 47 (up from 39; over 60 is considered optimal ). We then went to my cardiologist for an echocardiogram and checkup. My wife and I thought we were going to be in for a big battle with him over this new diet, but when the echo came back with normal results and he saw that I had already lost 25 pounds, he wanted to know all about it.

We told him it was our hope not to have surgery and braced ourselves for his reply. Astonishingly, he said he had no idea I was going to make such a difference in my lifestyle and that we could rest assured we would not need to do bypass surgery. We spent the rest of that checkup discussing the fact that it was okay to go skiing and scuba diving. He said anything I wanted to do was fine. I told him my goal was to get that HDL number in the 60s, and he just said good luck. He told me that would be “rock star status.”

About ninety days later, I went in for more bloodwork before getting my next checkup. My LDL was 67, and my HDL was 61. Yes, I am a rock star! My weight just kept falling off until it leveled out at 152 pounds, and it has stayed there for the last six months.

It is incredible to think that you can change so much in so little time and really how simple it is to accomplish. This is not rocket science. I look back on all of the burgers and chicken fried steaks I used to eat and realize that I was doomed. I am actually quite lucky to have had such a wakeup call without having any heart damage. It gave me the motivation to succeed with this new lifestyle. My wife’s friend called it a “God wink.”

I hope this will give someone out there the inspiration to “jump in.” You should—the water is so nice! 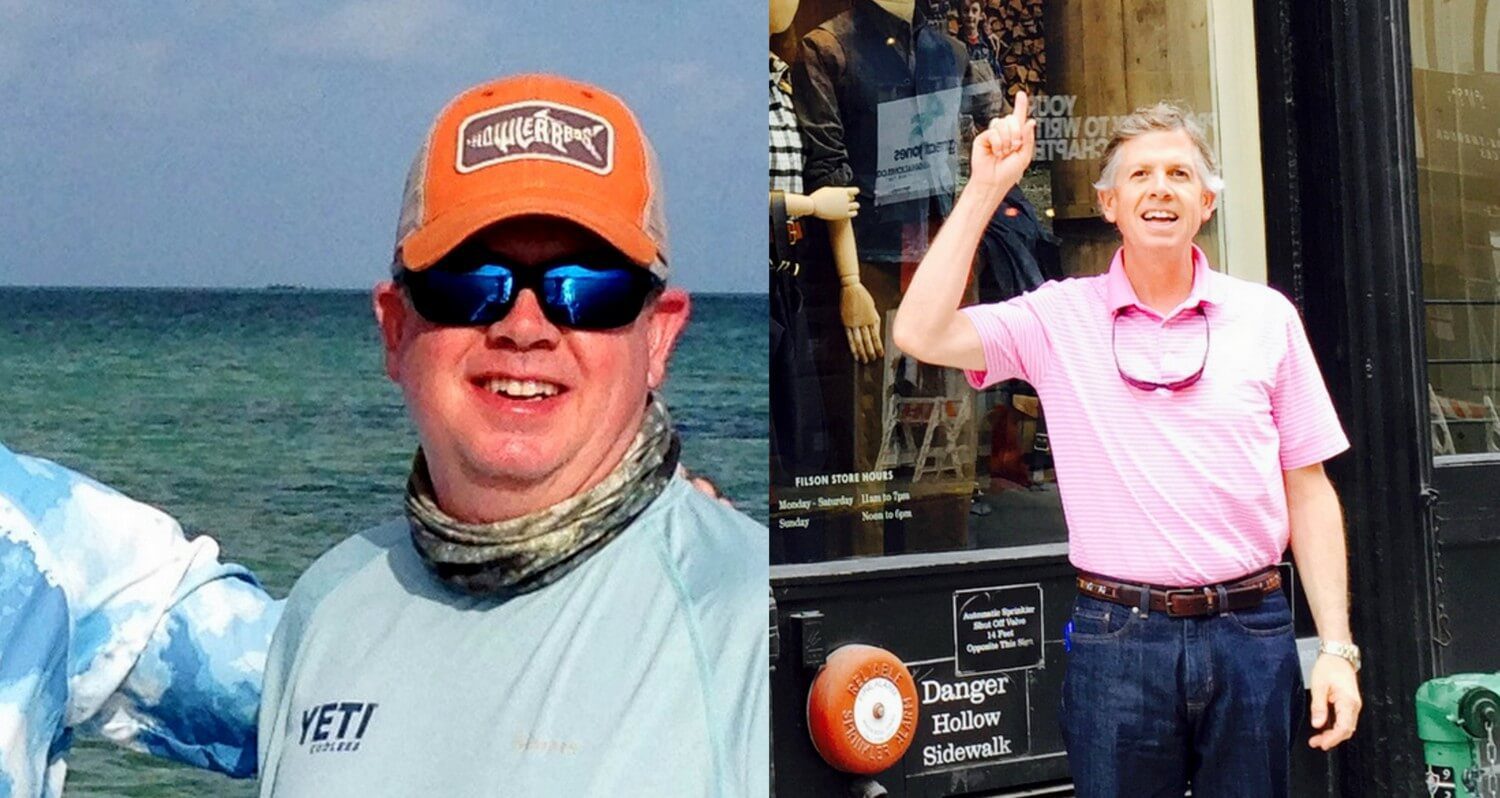