At 78, I Ditched Multiple Meds and Health Problems With a Plant-Based Diet

Seven years ago, I lost my wife to breast cancer after 49 years of marriage. Besides being a 71-year-old grieving widower, I was overweight and on medications for high blood pressure, high cholesterol, and depression. I also suffered from gout, chronic headaches, back pain, and GERD (reflux). I assumed that all these things were just a part of getting older. Shortly after my wife died, I started to feel like my memory was also going.

I talked to my daughter Sharon about my memory loss, and she told me she’d look into it. She’s a health coach and, at that time, attended classes at Physicians Committee for Responsible Medicine (PCRM). She asked PCRM’s President, Dr. Neal Barnard (who wrote Power Foods for the Brain), what I should do. He told her that many common medications can cause memory loss, and then he proceeded to list all the ones that I was taking! He told her to encourage me to change my diet.

That was easier said than done. I’m a little stubborn (in my daughter’s view, perhaps more stubborn than anyone else on the planet) and didn’t believe in her plant-based coaching and teachings. I felt the studies were too small and didn’t want to hear her dietary advice.

At my next doctor’s appointment, my doctor asked Sharon if she had any concerns about my health. Of course she did. She told him she thought I ate too much red meat. My doctor actually agreed and told me it could be affecting my health. As we walked out of the doctor’s office, I told my daughter I would make her a bet. I told her I would give up red meat for three weeks and then go back to the doctor. If the good doc didn’t see any changes, she’d drive me to Burger King, buy me a Whopper, and watch me eat it! Sharon was excited, confident that she’d win the bet. I was just as confident that I’d be the “winner.”

Three weeks later, I walked into the doctor’s office confident that I had won the bet. I didn’t feel any different. In the office, my doctor looked at my blood work and asked me what I had been doing differently. I didn’t want to admit it, so I replied, “Nothing.” He told me he didn’t believe me and kept asking me what changes I had made. Finally I asked him why. He told me my blood pressure, blood sugar, and cholesterol were all down significantly, and that I had also lost weight. I was floored.

We walked out of the waiting room where Sharon sat bursting with anticipation, and my doctor went over to her and gave her a high five. He said, “I don’t know what you’re doing with your dad, but whatever it is, keep doing it!” She was thrilled.

I wasn’t too happy at first, but I couldn’t deny how much my numbers had improved after just a few weeks. Even I had to admit it was pretty remarkable. Sharon eventually got me to give up poultry, dairy, and almost all seafood. That’s no small feat for a 70-plus-year-old Jewish man! I also kicked my soda and heavy salt habit—I used to salt everything liberally before tasting it.

I’m now off my statins (my cholesterol is now lower than when I was on it), blood pressure medication, and my antidepressant. I also no longer suffer with gout, chronic headaches and back pain, and GERD. I’m a kidney cancer survivor with one remaining kidney (I smoked for years), and at one of my recent appointments, my kidney doctor was amazed because the function in my remaining kidney had improved. That is very atypical; function in these cases usually gradually decreases over time.

I’m now a full convert to the belief that food is powerful and can be healing. I work six days a week as a hardware store manager, my memory is back, and I feel like I’m reverse-aging. It just goes to show that you are never too old to change. 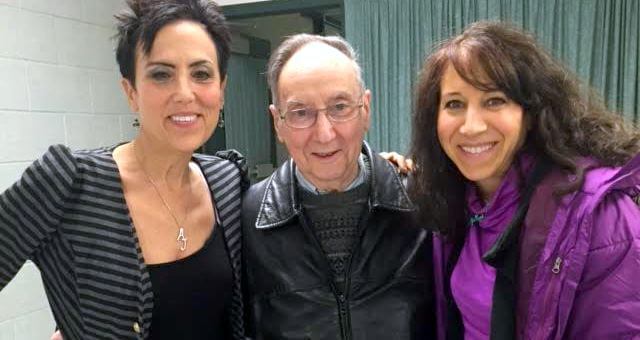