When the weather gets chilly, pears come into their prime. Here’s everything you need to know to make the most of the juicy jewels of autumn.

When is pear season?

Pears may be available year-round, but they are in season from late summer through December (National Pear Month)—just after they’re harvested and when lesser-known, more perishable varieties like Starkrimson and Forelle are available. They are harvested when the fruits are mature but before they ripen, to keep the fruits from turning gritty and mealy on the tree. Certain varieties, such as Bartlett and Bosc, ripen well right after harvest but can also be kept in cold storage for several months before being brought out to ripen.

What should I look for when shopping for pears?

That all depends on when you’re going to eat them. For immediate use, choose smooth, unblemished pears that have just a little bit of give at the neck near the stem—the best place to test for ripeness. Select firm and even rock-hard pears that look fully formed to ripen at home. Avoid fruit that feels tender around the middle; pears ripen from the inside out, and outer softness can indicate that they’re overripe inside.

Supermarkets often label pears as just “green” or “red,” regardless of variety. But each type has an unmistakable shape that’s easy to identify. This quick guide can help you find them at their peak. 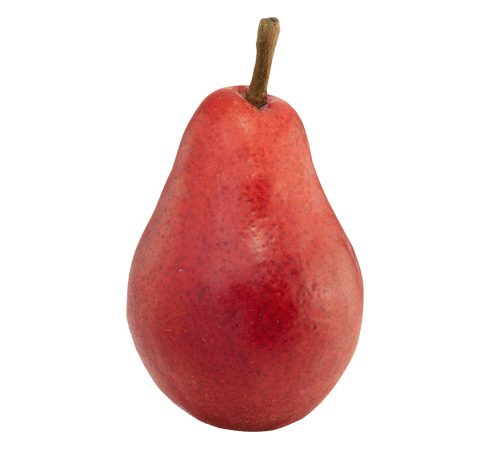 This oval, thick-necked crimson-skinned beauty is juicy, floral and sweet—perfect for snacking and salads. Peak season: August through November. 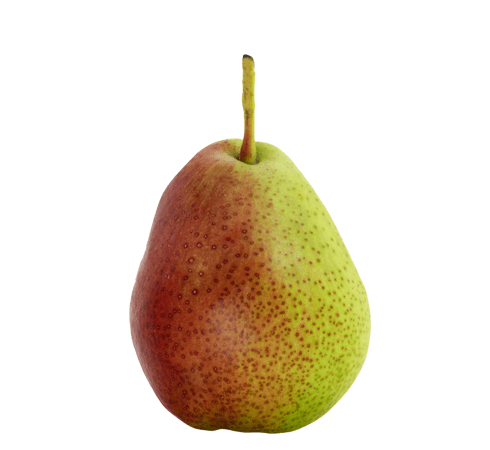 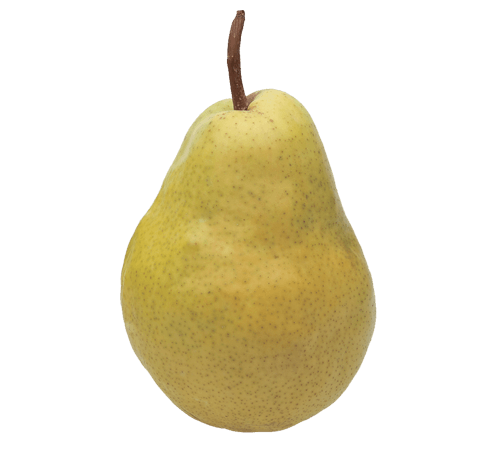 The red or green Bartlett (or Williams) varieties are quintessentially pear-shaped and pear-flavored—sweet, soft, and juicy—with well-defined “shoulders” beneath their necks. Peak season: September through January/February. 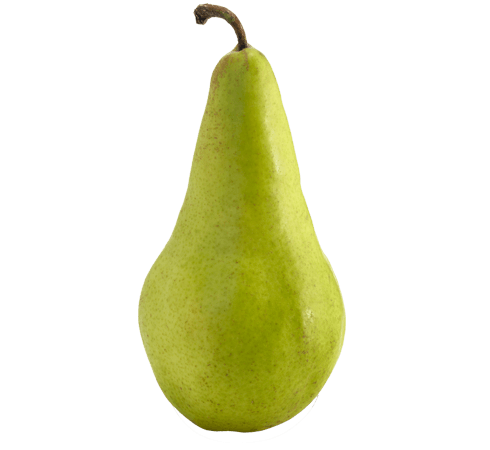 The firm flesh of this long, tapered, green variety makes it a favorite for poaching, roasting and grilling. They don’t brown quickly after they’re cut, so they’re also great in fruit bowls and salads. Peak season: Autumn; often unavailable after December. 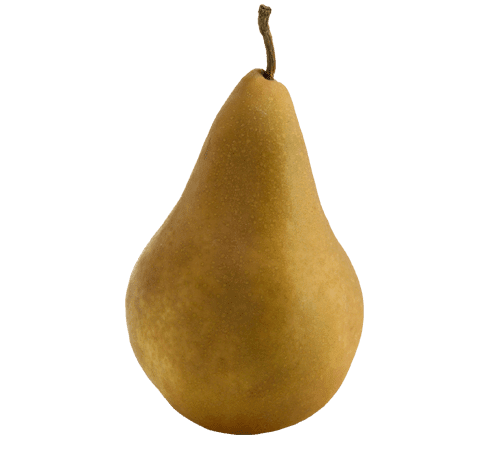 Elegantly slender with a russet brown skin, Bosc pears are densely fleshed and honey-sweet. They have a texture and flavor that can take the heat of cooking and warming spices like cinnamon, ginger, and cloves. Peak season: Late September through April. 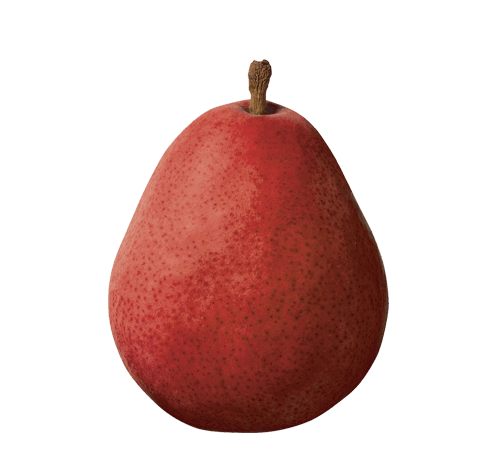 Egg-shaped and juicy, these red or green all-purpose pears get their name from a pear-producing region in France. Peak season: October through early summer.

Large or small, red or green, Comice pears are rounded with a wide neck. Their extreme juiciness means they’re best consumed raw. Peak season: Around the holidays (when they’re widely available) through February.

How do I ripen and store pears at home?

To ripen, place them in a fruit bowl or on a kitchen counter away from sunlight until they start to feel tender around the neck and near the stem. You can speed up the process by placing fruit in a paper bag with an apple or a banana, two fruits that give off ethylene, a compound that accelerates the ripening process. Once they are ripe, store them in the refrigerator for up to five days.

If you’ve got a glut of pears that you can’t use right away, refrigerate immediately in the crisper drawer away from other fruit. Always store them away from strong-smelling foods to keep them from absorbing unwanted odors.

What are the best ways to cook pears?

Try baking, roasting or grilling pear halves to be used in salads and desserts. You can also poach whole, cored pears in fruit juice for a spectacular dessert. (Pomegranate juice turns them a gorgeous pink.) Sliced and diced pears can be added to sautés, stir fries, and fruit compotes, like the one used in our recipe for Polenta with Pears and Cranberries.

Can I freeze them?

Pear slices, halves, and quarters can be frozen for use in cooked recipes. To freeze: soak peeled, cored, and cut pears in a solution of 1 quart water and ¼ cup lemon juice (bottled is fine) to prevent browning. Drain well, spread the pears on a parchment-lined baking sheet; freeze until firm. Transfer the frozen pears to a resealable container, and store in the freezer for 3 to 6 months.