Worries over vitamin D, once known as “the sunshine vitamin,” have turned hundreds of millions of people into patients with worse, not better, health. The latest, and likely the final, analyses of the studies performed on treating people with vitamin D supplements has shown that this multiple billion-dollar business does not work. The authors, after thoroughly examining the results of nearly a quarter-million people from 46 major randomized trials, conclude: “Our findings suggest that vitamin D supplementation with or without calcium does not reduce skeletal or non-skeletal outcomes in unselected community-dwelling individuals by more than 15%. Future trials with similar designs are unlikely to alter these conclusions.”

Vitamin D supplements are so powerless that the benefits of supplements can only be seen at the extremes of need, such as with institutionalized elderly women (and even then the benefits are with a combination of vitamin D and calcium, not vitamin D alone). In other words, if grandma can soak up some sunshine on the outdoor patio several times a week, she will reduce her risk of fractures far beyond any benefits hoped for by adding pills or injections of vitamin D.

2) In the Australian study 2,256 community-dwelling women aged 70–92 years were randomly allocated to receive an annual oral dose of 500,000 IU vitamin D3 or placebo. Those on the supplement had a 15% increased rate of falls and a 26% increased rate of fractures.

The medical and pharmaceutical industries’ infatuation with vitamin D began when researchers correctly observed that the incidence of common chronic diseases, such as obesity, heart disease, type-2 diabetes, and multiple sclerosis was more common in populations of people living further from the equator and closer to the North and South Poles. Since even a school-aged child knows that the sun is hotter near the equator, the investigative spotlight looking for the cause of epidemic diseases became exposure to sunshine. Well, not exactly sunshine, but rather a metabolic product of sunshine: serum 25-hydroxyvitamin D in the blood. Rather than recommend the obvious—more sunshine—the remedy of traditional medicine was manufactured pharmaceuticals in the forms of oral and injectable vitamin D. In the US between 2002 and 2011, the sales of vitamin D supplements increased by more than 10 times, from $42 million to $605 million.

The Dietary Connection Is Missed

More than 100 years of laboratory and clinical research has established the causal relationship between the rich Western diet (heavy in animal foods and vegetable oils) and common chronic diseases. The geographic changes seen with vitamin D and, more accurately, the amount of sunshine, also conform to this incriminating research. The real reason for this correlation is that as populations migrate from the equator to more temperate climates, their food supply naturally changes.

The seasons of fall, winter, and spring are times of low food productivity by plants: Fruits from trees and bushes have ripened by summer’s end; the wheat and corn crops have all been harvested by fall. To survive, people living farther from the equator have relied more on meat, poultry, fish, and dairy foods for calories. Concentration of human financial wealth in the northern and southern latitudes today has perpetuated this inequality in food distribution. Rich people consume richer foods. Poorer countries have traditionally been equatorial, and their foods have been beans, corn, potatoes, rice, and other starches.

The amount of sunshine is incidental and the blood levels of vitamin D are irrelevant. The food is the cause of the most common chronic diseases: obesity, heart disease, diabetes, multiple sclerosis, and cancer.

Eating the Western diet causes serious common chronic diseases. In an effort to heal, the body responds with repair processes that include inflammation. One of the responses to this inflammation is the lowering of the serum 25-hydroxyvitamin D in the blood. Thus, low vitamin D in the blood is a result of being ill, not the cause of sickness. This is the main the reason studies using vitamin D supplements have consistently shown no benefits to patients with common chronic diseases. The metabolic imbalances created by administering this unnatural substance may actually be responsible for the increase in falls, fractures, and other damage. (Vitamin D is a hormone synthesized with the help of sunlight; it is not intended for oral intake or injection.)

Studies show, in addition to the healing processes, that even our basic food choices lead to inflammation. Consuming meat and other animal foods increase inflammation while grains and vegetables decrease inflammation. Thus, low vitamin D levels do not cause obesity, heart disease, diabetes, multiple sclerosis, and cancer, but rather result from the illnesses (and the very foods that caused these chronic conditions).

The epidemic of obesity has added to the epidemic of vitamin D deficiency. Because vitamin D is fat-soluble, excess body fat will pull vitamin D out of circulation, thus contributing to lower levels.

There Is Sunshine in Seattle

For excellent health, people must get sunshine; there is no substitute. The amount of sun required depends on one’s skin pigmentation. For a light-skinned person, exposing the face, arms, and hands to five minutes of sun at noon two to three times a week at a latitude of Boston, MA in the spring, summer, or fall will cause the body to produce sufficient vitamin D to meet all of its needs. Asian-Indians may require three times as much exposure, and dark-skinned people may require 10 times as much exposure under the same sunlight conditions. During wintertime, this fat-soluble vitamin is stored for long periods of time, mainly in the liver and the fatty tissues.

Commonly people claim that they live in a part of the world where the sun does not shine. This is, of course, not true; there has always been enough sunshine to promote good health. Consider that people have lived in high northern and southern latitudes from Canada to New Zealand for more than 15,000 years, without taking any vitamin D supplements. And many of these people have had darker skin pigmentation than the typical very-white-skinned northern European Caucasian.

High-tech environmental studies on the penetration of sunlight all over the globe confirm the abundance of ultraviolet radiation available to produce vitamin D in people, even for those living in higher latitudes. Stop for a minute and consider that there is sufficient energy from the sun to grow huge rainforests, such as the Great Bear Rainforest, which extends from Vancouver, Canada to the border of Alaska. The energy is available, but people must take advantage of it.

I encourage people to avoid routine examinations of their blood for vitamin D levels (25-hydroxy vitamin D). There is nothing to be gained; adequate sunshine and eating well are “givens,” regardless of blood test results. Various experts consider wide ranges of test values, between 12 and 100 ng/ml, sufficient. People with and without adequate sunshine exposure are commonly found to be deficient based on these blood results. Finally, and most importantly, treating abnormal blood tests with vitamin D supplements hurts people, at least by causing more fractures. Thus, there is no level of vitamin D discovered by a blood test that would cause me as a medical doctor to prescribe vitamin D supplements to one of my patients.

I recommend people expose themselves to as much sun as tolerated. That may mean to let their skin become slightly reddish at times. Skin damage, however, must be avoided because serious precancerous conditions (actinic keratosis), skin cancers, and accelerated aging come from over exposure.

Refocused physicians, dietitians, and other healthcare providers will resolve their clients’ health problems by feeding them a starch-based diet. Inflammatory foods will thus be avoided and chronic diseases will be improved or cured. And, as a side benefit, 25-hydroxyvitamin D may naturally rise to numbers considered to be “normal” by meddling medical and pharmaceutical businesses. 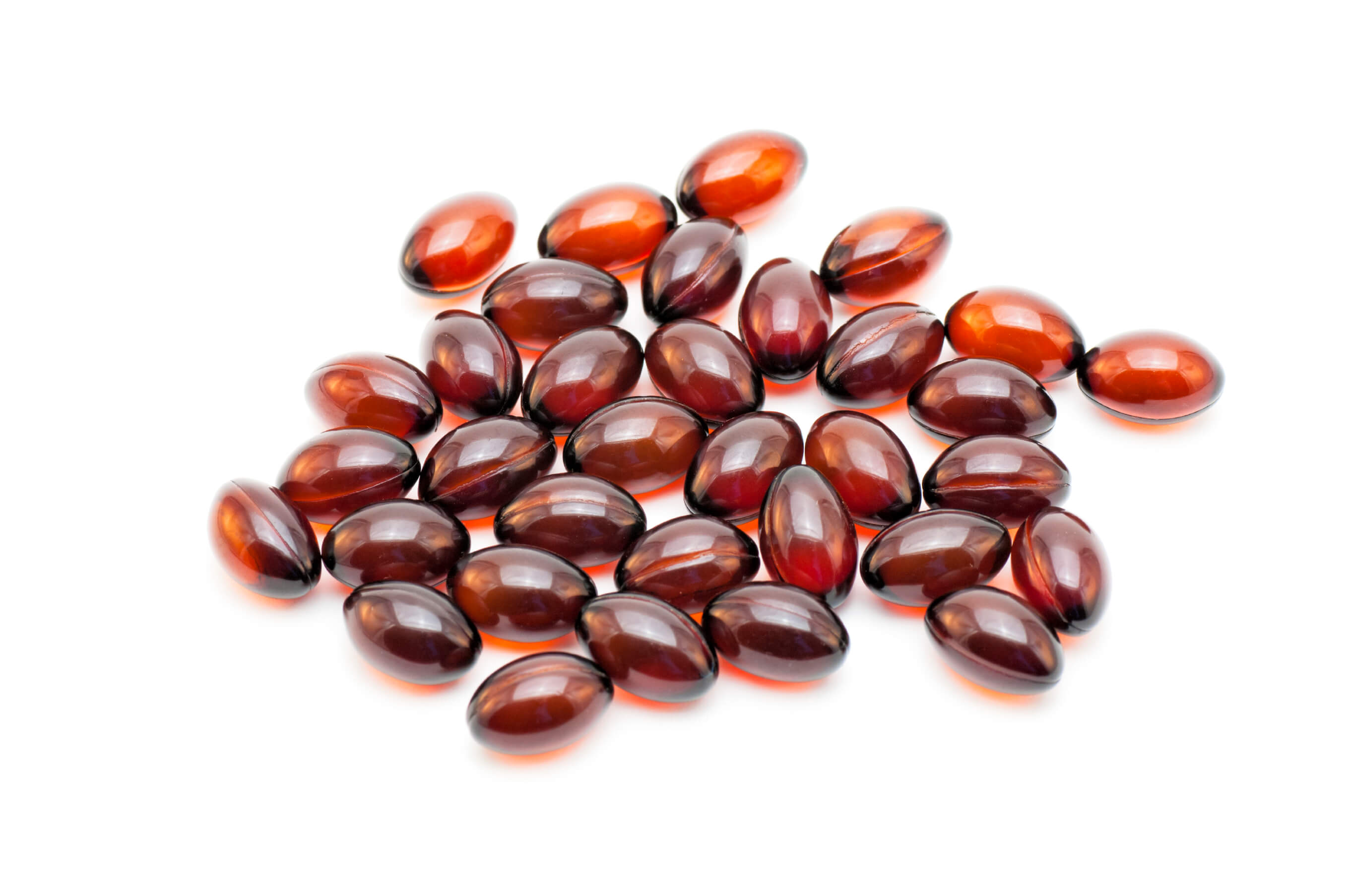