The Happy Vegan: Mogul Russell Simmons on How His Lifestyle Fuels His Success

Music and fashion mogul and media magnate Russell Simmons has launched some of the most famous hip-hop musicians, including Beastie Boys and Run-D.M.C. He is the cofounder of Def Jam and Phat Farm clothing, and his media company has created hit films and programs including The Nutty Professor and HBO’s Def Poetry Jam.

What many don’t know about him is that he’s also been a yogi and vegan for sixteen years. Oh, and he’s a New York Times best-selling author, as well. His newest book, The Happy Vegan, talks about the health, spiritual, and mental benefits he’s experienced from a plant-based diet.

We recently had the opportunity to ask Russell about his book, his life, and his diet.

Forks Over Knives: When and why did you go vegan?

I began my journey to a vegan lifestyle back in the mid ’90s. My friend, the great photographer Glen E. Friedman, had been pestering me to watch Diet for a New America for years. We were staying together on St. Barts one year, and I finally gave in and watched it. When I saw all the middle-aged men dropping dead after eating a hamburger, I saw my future. When I saw how the animals were being abused, and how factory farming was destroying the environment, I felt sick to my stomach. When the film was over, I looked at Glen and said, “I ain’t eating this @#$%&! anymore.”

FOK: How did you feel after going vegan? Any big changes?

RS: I felt incredible. Still do. On a physical level, I stopped getting tired after meals, especially lunch. My workdays become much more productive. My focus became sharper. My stamina increased. And if a lot of my friends were telling the truth, I started looking much better too. I also lost a lot of weight, but that was almost an afterthought. The increase in energy and vitality was what really stood out to me.

And on a spiritual level, I just feel better knowing I’m not contributing to the biggest karmic disaster in the world today, which is the suffering and violent deaths of billions of farm animals. I could be doing more, but I take some comfort in knowing that I’m no longer contributing to one of the biggest cause of global warming, which is factory farming. I feel like I’m part of the solution, instead of part of the problem.

FOK: What inspired you to write this book about your diet?

RS: Sounds dramatic but I want to save lives. There is a disease epidemic going on in the country, especially among African-Americans, that is directly connected to their diet. We believe that eating meat is a fundamental part of who we are as Americans, even though it’s plainly killing us. I want people to understand that a) that isn’t even accurate—if you’re African-American, Irish American, Italian American whatever—chances are your ancestors ate only a handful of meat every year, if any at all. So these heaping plates of fried meat are not part of your historical tradition; they’re just a trap that Americans have fallen into.

And then I want people to understand that when you stop supporting the terrible suffering caused by the meat and diary industries, you will feel better about yourself. Not only physically, but emotionally and spiritually as well. You don’t realize how sick all this suffering is making you until you step away from it.

FOK: You are famous for being a pioneer and you went vegan before it became remotely trendy. Have you seen a lot of changes in the way your friends and family eat over the years?

RS: Definitely. My niece Angela Simmons came to me a few years back with a lot of questions. We talked about it, and she’s since become a vegetarian. She looks and feels incredible and attributes a lot of that to her diet.

On the other hand, her dad (my brother Rev Run) won’t make the change, though I’ve been on him for years. And it’s all good, me and Rev still love each other. Maybe one day he’ll give up animal products, or maybe he won’t. He’s still my brother. One of the reasons I wanted to write this was to help people see that vegans aren’t so judgmental. We can still sit down at the same table, or go the same restaurant. We’ll still laugh and have a great time.

FOK: You have a rigorous schedule. Do you think your diet helps you stay clear and focused?

RS: I know it’s true. I run so many companies and am involved in so many different projects, I would have fallen apart years ago if I hadn’t changed my lifestyle. For me, my lifestyle has three fundamental components: eating exclusively plants, meditating, and practicing yoga. As long as I stick to those three, I know I’m getting the most possible out of this life, and giving the best I can give to the world, too.

FOK: Two or three things that you want people to take away from Happy Vegan after reading it?

RS: I want people to understand that they do control their own fate. Stop thinking if you get cancer or heart disease or a stroke it’s because of “bad genes.” You control your health. Cutting out meat will give you the best chance of avoiding those diseases, which are the top killers in America.

I call the book The Happy Vegan because that’s what I am—happy! I love my life. I love every single day that I’m on this earth. I want other people to feel that same sense of happiness and connectedness. And I’m convinced that not eating animal products is one of the best ways to do that.­ 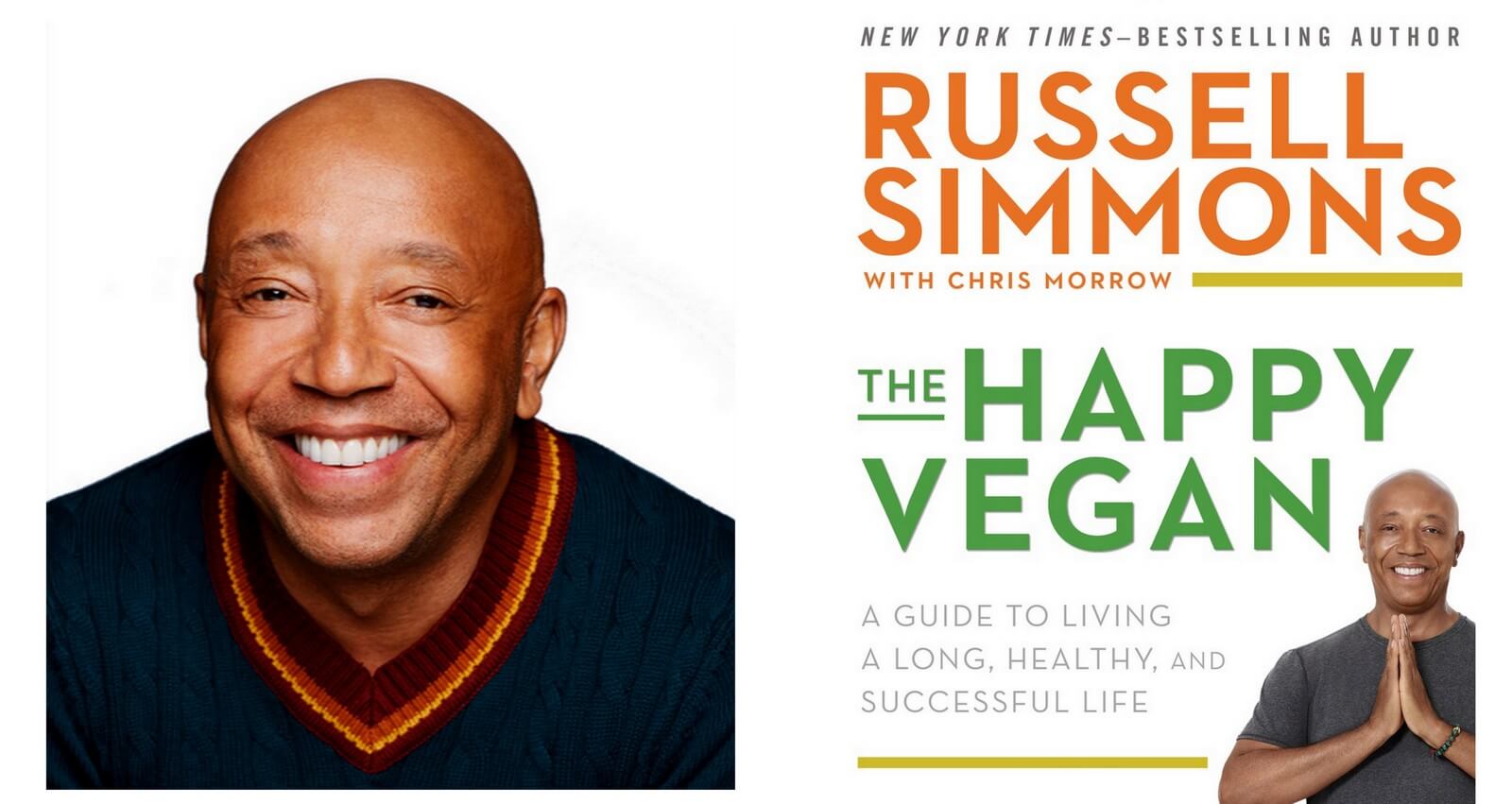