Ellsworth Wareham, a renowned cardiac surgeon and longtime vegan, died Saturday at his home in Loma Linda, California. He was 104. Wareham gained media attention in recent years due to his longevity and vitality, which he attributed to his plant-based diet. He was featured on CNN, in The New York Times, in National Geographic, and on The Doctors, to name a few, and inspired conversation about what life as a centenarian can look like.

Wareham was born in Texas in 1914 and raised in Alberta, Canada, where he worked on his family’s farm as a teenager during the Great Depression. He went on to earn a surgical degree from Loma Linda University in 1942 and served as a Navy surgeon in the Philippines during World War II. In the 1960s, Wareham became a pioneer in the field of cardiothoracic surgery, traveling to perform open heart surgery in countries where it had never been done before. Over his long career, Wareham performed more than 12,000 operations, according to the Adventist Review.

When he was 75, he opted to no longer lead surgeries—but that wasn’t the end of his career. He served as an assistant to surgeons for 20 years before finally hanging up his scrubs at the age of 95 to spend more time with his family. He stayed active in retirement, driving and doing most of his own yard work even as a centenarian. He said that there was “no chance” of his having a heart attack because his cholesterol was so low—117 when he was 100—from following a vegan diet for around 40 years.

Wareham told his patients that eating a vegetable-based diet and minimizing consumption of animal products “was the healthy way to go,” a conviction he said was based not just on his own health but on the scientific literature on the subject.

“There have been only two people in the world that I know of that have demonstrated that they can arrest and reverse coronary artery disease, and they are Dr. Dean Ornish of San Francisco and Dr. [Caldwell] Esselstyn of the Cleveland Clinic, and they both did it on a low-fat vegan diet,” Wareham said in a 2013 interview. “If you go on a low-fat vegan diet and you exercise, your chances of developing coronary disease will be very low. … Anybody can do those things. Very simple,” he added. He also regularly emphasized the importance of getting plenty of rest and not sweating the small stuff.

Wareham expressed a desire for the medical community to focus more on the power of diet and lifestyle. “The medical profession has done a great job of treating … disease,” he said in an interview with the Glendale News-Press in 2009, “but I think we need to do a much better job of preventing … disease.”

Wareham’s longtime hometown of Loma Linda has a high concentration of Seventh-day Adventists, many of whom are strict vegetarians. It’s also one of the world’s five Blue Zones—a region with an unusually high concentration of healthy centenarians, as described by Dan Buettner in The Blue Zones: Lessons for Living Longer From the People Who’ve Lived the Longest. Adventists’ eating patterns and longevity have been the subject of large-scale studies. 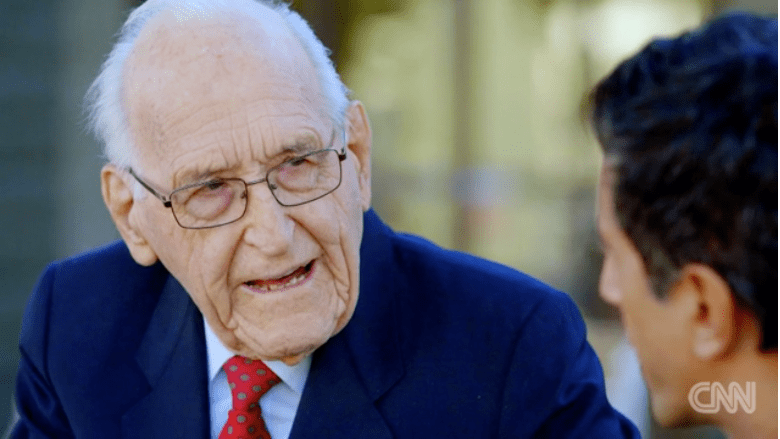 Dispatch from Okinawa: What the World’s Longest-Lived Women Eat
Dec 3, 2019
One Man’s Mission to Bring the Secrets of Longevity to Communities Everywhere
Mar 31, 2017