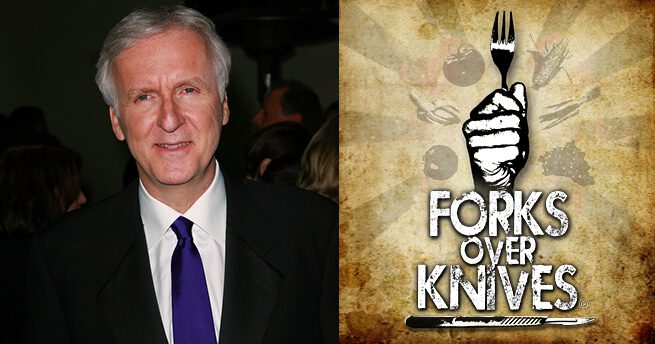 Legendary filmmaker James Cameron, speaking to an audience at the BLUE Ocean Film Festival a few weeks ago, praised Forks Over Knives which inspired him to adopt a plant-based diet. Cameron said, “We’re always talking about what are the action items when we make a documentary? What are we asking people to do? What are the changes they can make in their daily life? Well, I’m gonna tell you one: I watched that film Forks Over Knives. I went into the kitchen, I took everything out of the kitchen that was not a plant. And for 5 1/2 months I’ve eaten only plants. No meat, no dairy, no eggs, no fish.”

The Academy-award winning director said he is feeling healthier and has increased cardiovascular endurance since beginning his regimen. Cameron, a long-time environmental advocate, also challenged the audience saying, “You can’t be an environmentalist, you can’t be an ocean steward without truly walking the walk; and you can’t walk the walk in the world of the future, the world ahead of us, the world of our children, not eating a plant-based diet.”

Cameron directed several of Hollywood’s biggest blockbusters including Aliens, Terminator, Titanic, and Avatar. He won the Academy Award in 1997 for Best Director for Titanic, which also won Best Picture.

Watch the video below to view James Cameron’s remarks. 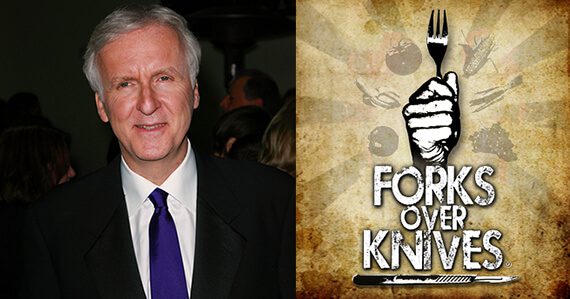