For the first time, there are more obese people than underweight people in the world. A newly published study predicts that if this global obesity trend continues, then almost 18 percent of men and 21 percent of women will be obese by 2025. That’s one in five adults.

This new study, led by scientists from Imperial College London, was published in The Lancet and is the largest global dataset on obesity to date. Study authors, led by Professor Majid Ezzati, collaborated with over 700 public health officials around the world to collect data. They reviewed BMI data* from almost 20 million people in 186 countries between 1975 and 2014.

Some Highlights From the Study: 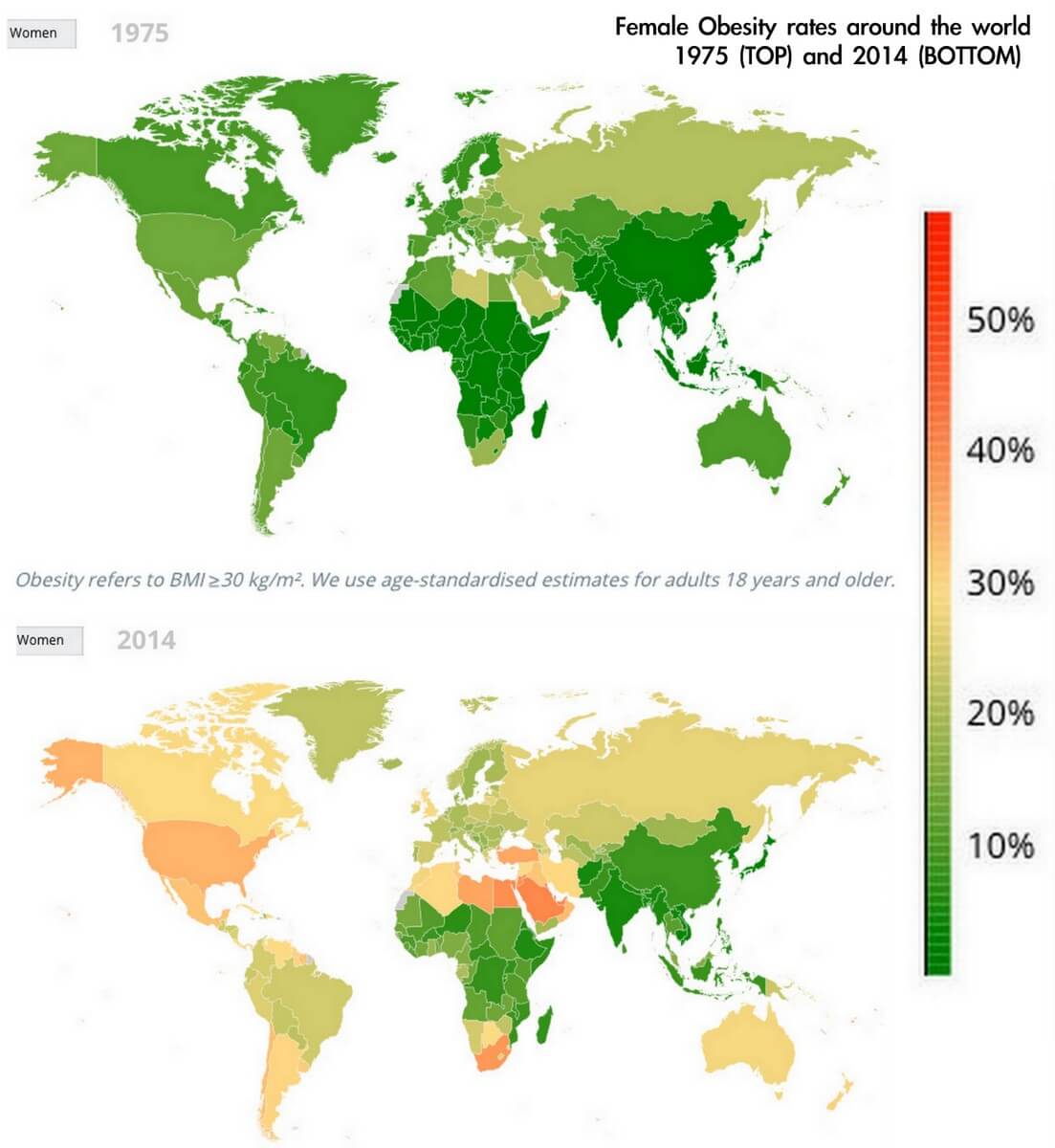 Change in female obesity rates around the world. Maps via NCD RisC.

Professor Ezzati stated: “The number of people across the globe whose weight poses a serious threat to their health is greater than ever before. And this epidemic of severe obesity is too extensive to be tackled with medications such as blood pressure lowering drugs or diabetes treatments alone, or with a few extra bike lanes.”

Professor Ezzati calls for collaborative global initiatives to address what is now a worldwide obesity epidemic. “We hope these findings create an imperative to shift responsibility from the individual to governments and to develop and implement policies to address obesity,” he said in a statement. “For instance, unless we make healthy food options like fresh fruits and vegetables affordable for everyone and increase the price of unhealthy processed foods, the situation is unlikely to change.”

The statistics, trends, and predictions seem dire, but there are some high-income countries in which the rate of obesity has not increased over the last 40 years, including Switzerland, France, Japan, South Korea, and Singapore. Professor Ezzati told The World Today that these wealthy countries have avoided widespread obesity with a better overall “food environment.”

“It is more likely in continental Europe for people to be eating fresh and whole foods, and it’s a lot more likely in the English-speaking world for the food to be more processed and less … wholesome and fresh. So I think perhaps the food environment, especially for the lowest income groups who have the least ability to buy fresh food, must be a part of this story … and hopefully a part of the solution, if we think on it.” 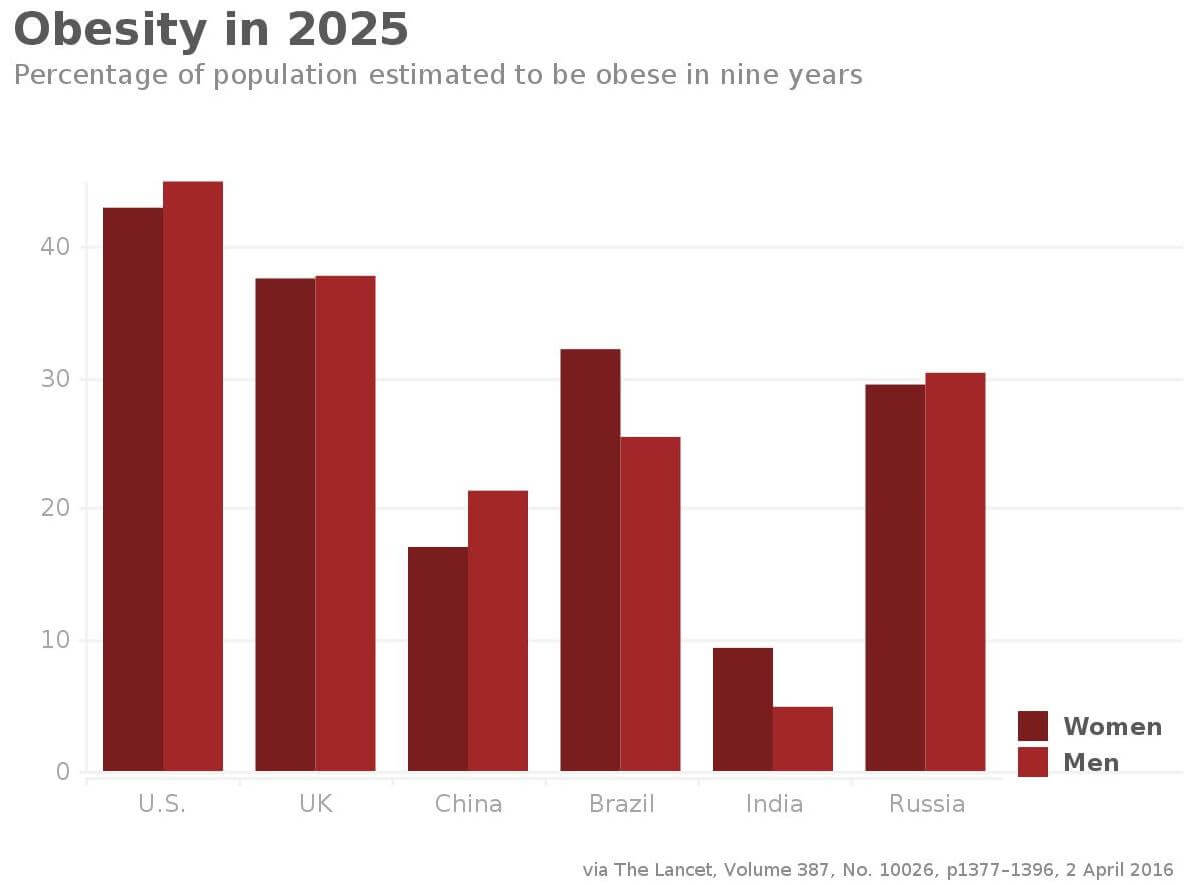 BMI stands for body mass index, and is the ratio of weight to height squared. Some individuals like professional athletes might have higher BMIs but not too much fat. For the vast majority of people, however, the BMI is a good way to gauge body fat. Risk of chronic health problems including heart disease and type 2 diabetes rises progressively as BMI increases. 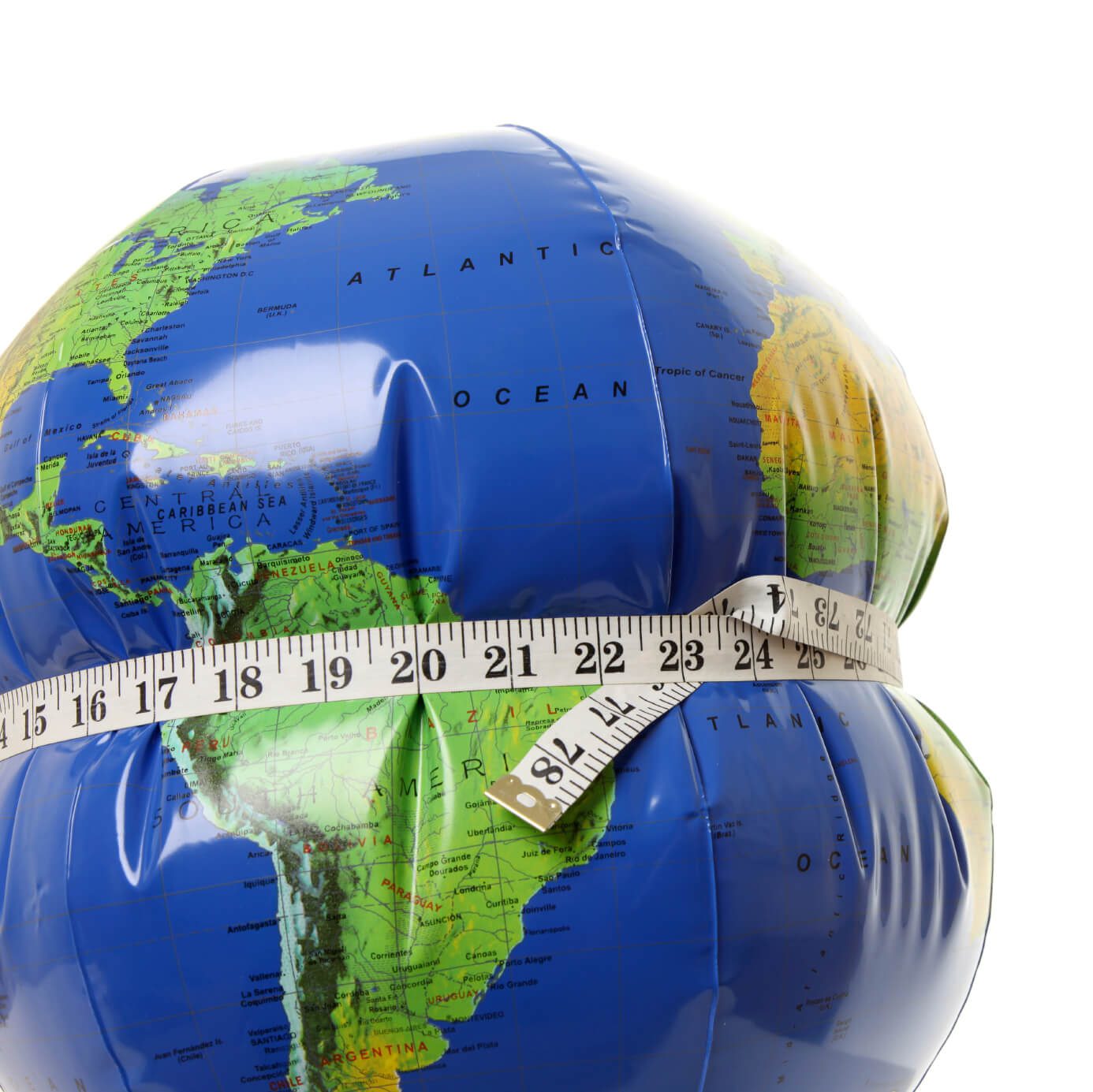