In 1994, Richard Lima was ready to give up on modeling. He’d been in Miami for a week, knocking on agencies’ doors all day, returning to his motel room, dejected, at night. He told his girlfriend they’d better start packing to head back to Minneapolis, where he’d been doing snow removal. She told him there was one last agency to try: Ford. Lima laughed—Ford was an industry behemoth, representing such supermodels as Naomi Campbell—but the next day, he went to their office, portfolio in hand. They signed him on the spot. A few weeks later, he landed a Versace shoot with Claudia Schiffer and photographer Bruce Weber, and it became clear that Lima’s snow-shoveling days were behind him. In the decades since, he’s strutted catwalks around the world, starred in Ralph Lauren underwear ads (the first Latino man to do so), and graced the pages of GQ, Vogue, and Cosmopolitan, to name a few.

Now a grandfather, Lima’s not only still modeling; he’s an endurance athlete and fitter than ever. We chatted with him about his incredible journey and how he’s in the best shape of his life at 47, thanks to a plant-based diet.

Could you talk about where you came from and how you got where you are today?
I was born and raised in Los Angeles, and I grew up an athlete. I played football and baseball and raced motocross. My whole goal was to go to college and play football and baseball. I wanted to be a dual-sport athlete. Then when I was 15 everything kind of came to a halt. My girlfriend at the time got pregnant, and I ended up becoming a father at 16. It completely changed my life. I never graduated high school, because I started working right away. My dreams of being an athlete got put on the back burner. … I was scraping shower stalls for five bucks an hour, living in my car and under school bleachers. Fast-forward six years, seven years … I stumbled upon modeling and got discovered and I kind of just went for it. And it all worked out.

What was your diet like before you went plant-based?
I was the biggest meat eater you’d ever meet in your life. Every meal was meat: steaks for dinner; fish or chicken for lunch. Breakfast was sausage. … I actually remember saying to my daughter, “I could maybe go vegetarian, but I could never go vegan. What the hell do they eat?”

What made you decide to make the change?
Being an endurance athlete, I work out four or five hours a day, sometimes six—and it’s intense. It’s hardcore. [Five years ago] I was running a lot, and I was running 50-mile [ultramarathons] and 100Ks. But I was waking up every morning aching, sore, and stiff. … I would hop out of bed and put my feet on the ground, and I would walk so gingerly that my wife would ask what was wrong. I was hurting.

So I started doing more research on how to get rid of inflammation, and then I came across a vegan diet. It caught my eye. I looked into it more, and I thought, OK, let me give this a shot. On Jan. 9, 2014, I told my wife, “I’m going vegan.” She said “You’re going vegan? You?!” Because again, everything I ate was animal products. But I went for it cold turkey. I cut out alcohol and caffeine, and I went completely plant-based that day.

How did going plant-based impact your body?
Within a week my life changed. I had no inflammation. I had more energy. I was thinking clearer. Now I’ll be 47 next month, and I’ve never in my life felt stronger, faster, and fitter than I do now. I work out for four or five hours and wake up the next day feeling like I didn’t even work out. I don’t take supplements. It’s just plant foods. That’s what fuels me. I told my dad recently, I wish I’d been plant-based when I was a kid.

What are some of your go-to meals and snacks?
Breakfast is usually a big bowl of organic oatmeal with fresh berries and sliced bananas on it. And I love my smoothie bowls. … Sometimes I’ll do both: a big bowl of oats and a smoothie bowl, because by the time I eat breakfast, I’m two and a half hours into my training. For lunch I like to make burritos. For dinner I’ll do a simple quinoa pasta. Another thing I like to do that’s simple and easy is just cook some brown rice and throw it over a bed of spinach with chickpeas, diced pickled beets, and shredded carrots, and I top it with salsa. Every meal I make takes me no longer than 15 minutes. It’s all simple, easy, and super tasty. … Going plant-based is easier and less expensive than I think people realize.

What advice would you have for athletes who are concerned that a plant-based diet might not provide the nourishment they need?
It’s so [widely said] that you need meat to be strong, and [in reality] it’s the opposite. For anybody out there who is looking to go plant-based and thinking it might get in the way of your performance as an athlete: It’s going to do nothing but enhance your performance, your recovery—all of it. I went paleo; I’ve tried all of that. It just did nothing for me. And once I went plant-based, my body did a complete 180. Even my wife said, “You are bouncing off the walls!” If you’re an athlete, [going plant-based] is one of the best things you can do. I highly recommend it to anybody. Just try it for 30 days, and watch what happens.

Ready to get started on your own healthy plant-based path? Check out Forks Meal Planner, FOK’s easy weekly meal-planning tool. 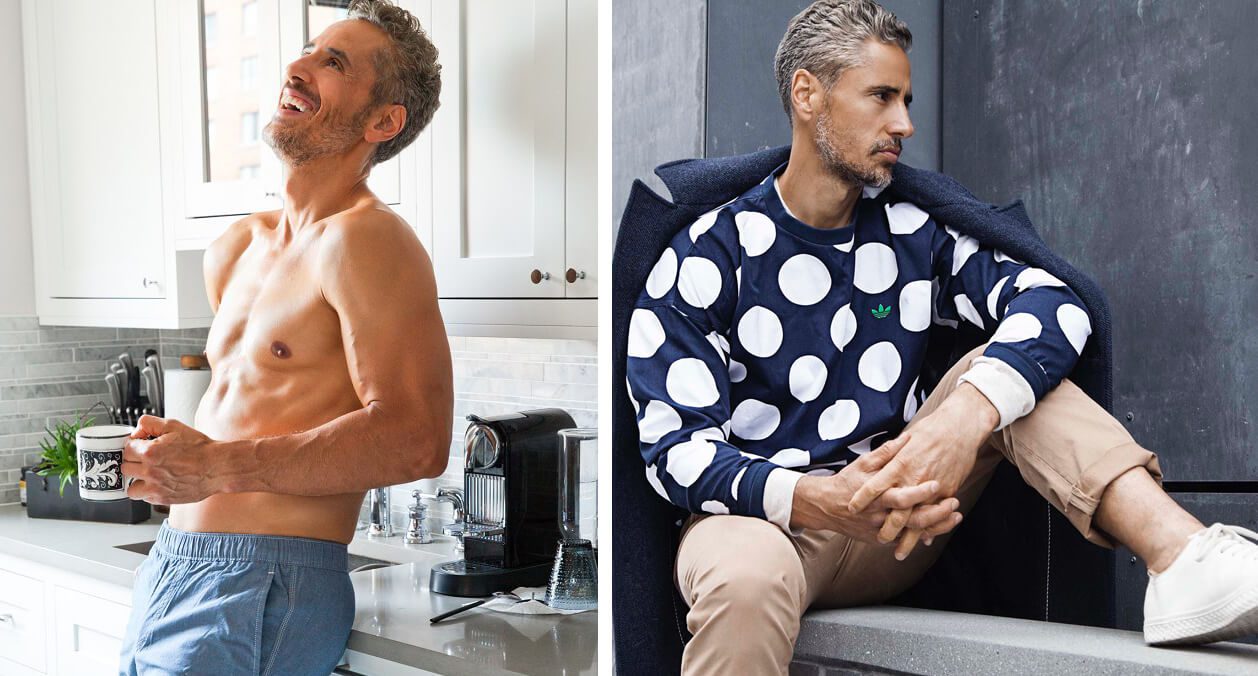