In 2012, Dr. Ron Weiss cashed in most of his assets to buy a 342-acre farm—a National Historic Landmark—in bucolic Long Valley, N.J., which is an hour west of Manhattan, N.Y. What inspired an urban primary care doctor who had a thriving practice to take up farming? To find out, we talked to Weiss, assistant professor of clinical medicine at New Jersey Medical School and the founder of Ethos Health, the first working farm-based medical practice in the country.

Weiss grew up in the 1960s in New Jersey and remembers the farms he visited every season to buy the state’s famous peaches, blueberries, and tomatoes. He also remembers how slowly, but surely, the farms started disappearing. As a child, Weiss loved nature, science, and the outdoors. He also dreamed of having a farm of his own one day in his beloved garden state.

As an undergraduate at Rutgers University, he chose to major in botany and also pursued pre-med and piano performance studies. He completed his residency at George Washington University and started working as an emergency room doctor at Cedars-Sinai Medical Center in Los Angeles. It was there that Weiss received the call that would direct the course of his life. “I got the news that my father was diagnosed with pancreatic cancer and was given one month to live,” he said. “The cancer had spread to his other organs, so his doctor told him that chemotherapy had little to no chance of shrinking his tumors. So he opted out of treatment and went home to prepare to die. I quit my job in California and returned home to be with him.”

This was way before internet research was easy and accessible, so once he got home, Weiss went to the local library in Fair Lawn, N.J., to research alternative treatments to help his father. Weiss had one advantage—his botany training. He explained, “I was always studying the resilience of plants and their ability, given optimal circumstances, to fend off their own diseases.” Since over one-third of all pharmaceuticals are derived from plants, Weiss was always interested in how the full power of plants, rather than extractions, could reverse and prevent illness. “I was distraught and motivated, and I read everything I could get my hands on,” he recalled. “I then stumbled upon some first-person stories about how people had found success using a macrobiotic diet as an alternative and complementary cancer treatment.”

Witnessing Firsthand the Power of a Plant-Based Diet

He put his father on the macrobiotic diet promoted by Michio Kushi, a leader in the macrobiotic community and food-health movement. It was a plant-based diet with a focus on grains and vegetables. Dr. Weiss still talks about what happened with amazement:

“A plant-based diet doesn’t sound strange now, but it was shocking to people at that time. This was in 1991. On this diet, my father lived for 18 more months. He didn’t just survive, limping along—he rapidly improved and soon felt better than he had for most of his adult life. His severe abdominal pains vanished and a week later he was able to return to his work as an attorney. In another week he was back in the gym, and then started running every day. It was incredible. His doctors were shocked by his CT scans—he had a 50 percent reduction in tumor masses.

“That’s when I realized that the connection between food and health was so powerful, and that I wanted to do work that incorporated the healing power of good food. After my father died, I went back to work as an ER doctor and eventually set up a primary and multi-specialty busy practice in West New York, N.J. Plant-based nutrition was the foundation of my daily practice, but I knew that I eventually wanted to incorporate it into a broader lifestyle approach and get patients invested in how their food is grown.”

After 16 years, Weiss realized it was time to break free from the more traditional setting and create a new paradigm in medical care. “I envisioned a different type of health care—one that reveals to people the root causes [of] their suffering and strives to remove them.” He spent five years looking for the right farm, sold most of his assets—including his medical practice—and convinced his wife and children to go all-in on the dream of Ethos Health. It’s been a bumpy but exciting road for Weiss and his family with all the rigors of relocation, start-up struggles, running a working farm, and creating a new life from scratch. It’s hard to be the first. 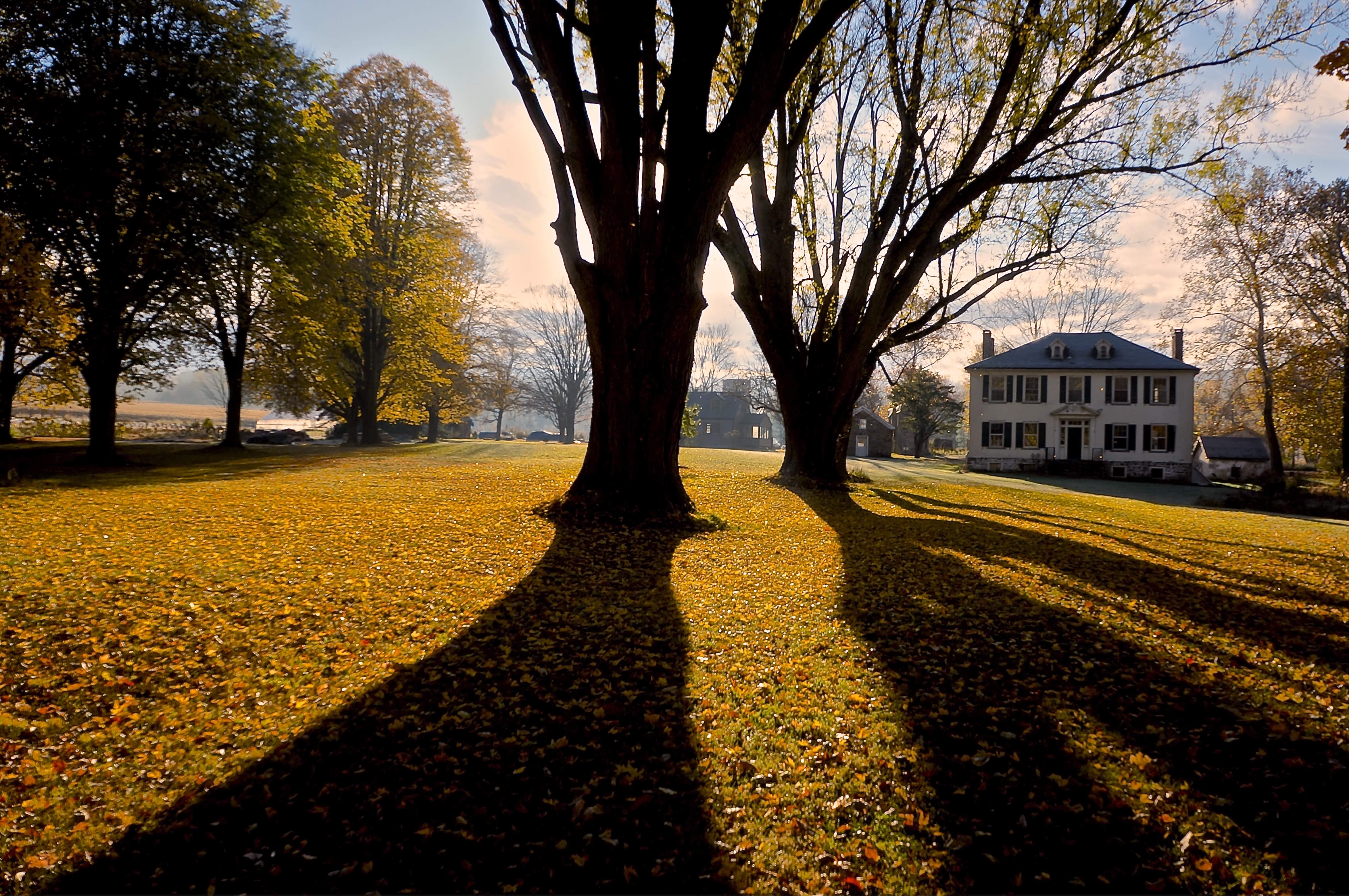 A Year of Mindful Living, a Physician-Guided Lifestyle Program

Weiss says one of the most powerful programs at Ethos Health is “A Year of Mindful Living.” This comprehensive, physician-guided lifestyle program includes Weiss’ 30-day Challenge—a “detox” program of intensive dietary change that results in profound transformation. It also includes ongoing nutritional and lifestyle education and real-life application classes and access to a community; plant-based potlucks, sports days, and planting days are held so that patients can connect for support and just pure fun. There are patients from all walks of life with a wide variety of issues, from obesity to cancer, heart disease, diabetes, and autoimmune diseases who seek out Ethos Health.

The local, regional, and even national media response has been incredible. The New York Times and the Today Show have featured the farm-based practice. These days, patients fly and drive from miles around to seek medical care from Weiss. They find the good doctor practicing primary care in an old wooden farmhand’s house smack in the middle of the 275-year-old working farm. His “waiting room” extends to the fields where patients can do thigh-building squats as they pick produce or fruit. One patient, 50-year-old Joyce Barrier, commented that: “It is a fitting location for holistic healing. When I go to other doctor’s offices, I am surrounded by reminders of the medications they use, and here at Ethos, I am also surrounded by their “medications” on the farm.”

In Just Three Months, Joyce is Pain-Free and Off Most of Her 15+ Medications

Barrier came to Ethos in March 2016. She suffered for many years with a multitude of chronic illnesses, including poorly controlled type 2 diabetes, peripheral neuropathy, severe ulcerative colitis, inflammatory arthritis, high cholesterol, hypertension, and asthma. In just three months at Ethos Health, she has transformed, losing 50 pounds and discontinuing almost all of her 15+ medications including very large doses of insulin. Her daily baseline pain, which was almost unbearable, is now about gone. 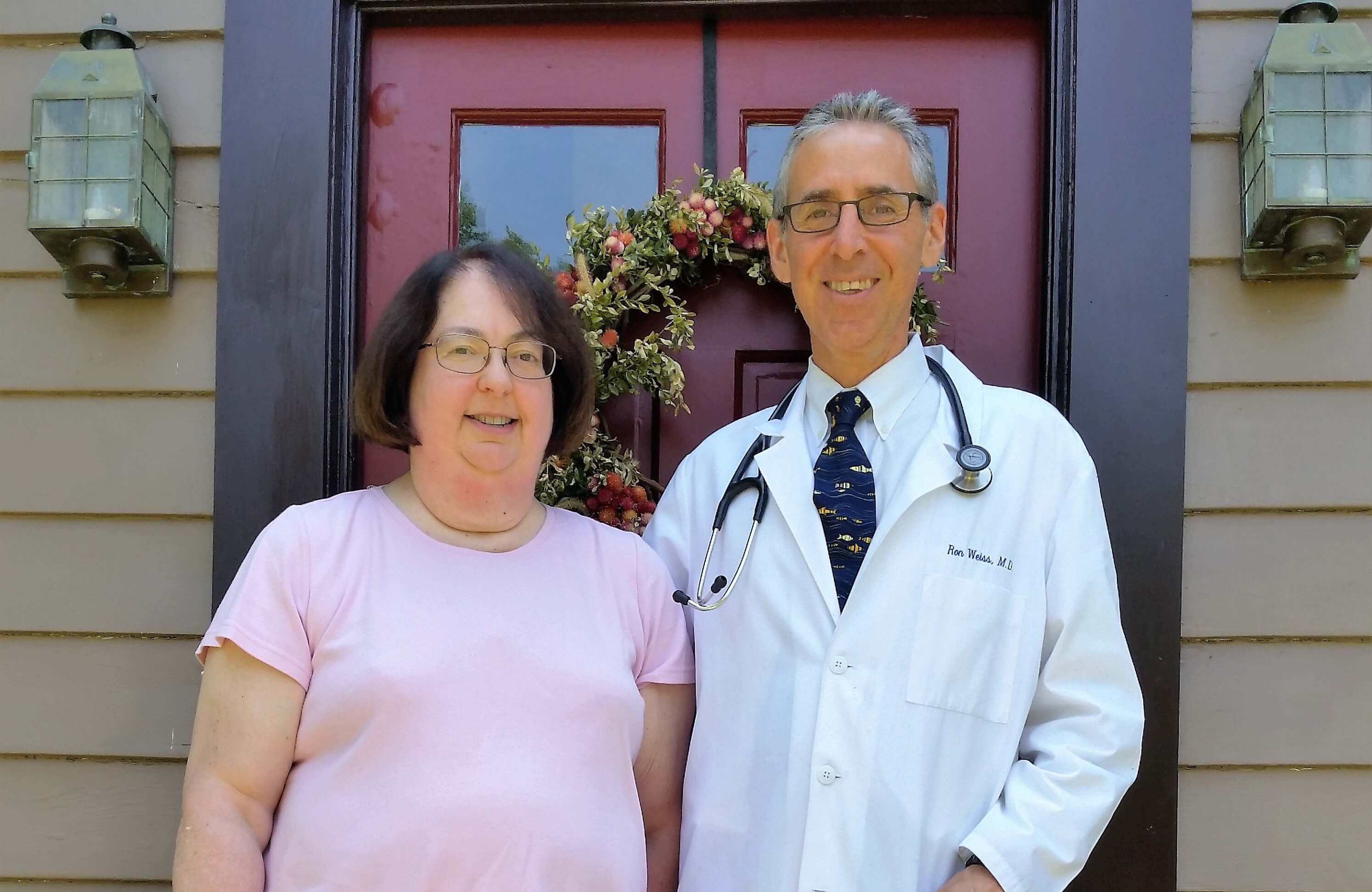 When asked what she likes best about “A Year of Mindful Living,” Barrier explained: “I like that there is a real attempt to provide all that is needed for my success. The program anticipates information needed and provides education to change my whole lifestyle and make the needed alterations in thinking and behavior.” At the beginning, Barrier called Weiss three or four times a week to discuss blood sugars and get off insulin gradually. On a daily basis, she emails the practice manager, Asha Gala, her thoughts and feelings as she struggles with the challenges of making such a profound change. What inspires her the most are, she said, are the “high fives Dr. Weiss gives me. He says I am climbing the mountain of health and wholeness and he is sure I will get to the top. I believe it is possible with his encouragement.” One day soon Barrier, a nurse practitioner, who has been disabled by her ailments, hopes to go back to work and realize her dream to take her new whole-food, plant-based medical transformation and “spread the gospel.”

Because so few working farms are left, Weiss is committed to providing both patients and the public access to the healing properties of the farm. Every Saturday a “Doctor’s Farmer’s Market” is offered for the public and patients to purchase greens, pick varieties of strawberries, take classes such as mindful kitchen cooking or wildflower design, or go on hikes led by partners such as the New Jersey Audubon Society—the farm is home to over 100 species of birds, all of which are important to the sustainable ecosystem Weiss and his farmers are creating at Ethos. 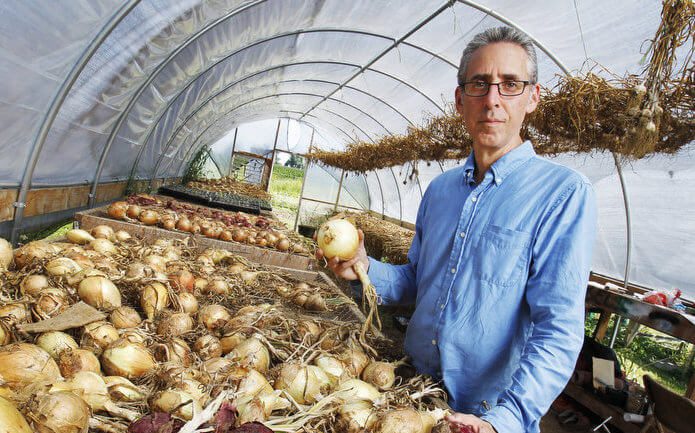