Paul Chatlin was lying on a hospital gurney, sick with heart disease and preparing for bypass surgery, when his cardiologist asked him a life-changing question: Would he switch to a whole-food, plant-based diet to avoid the procedure? (His cardiologist’s mentor, as it turned out, was Dr. Caldwell Esselstyn, who agreed to guide Chatlin in his dietary transition.) The next morning, Chatlin cleared his kitchen of meat, dairy, eggs, and more, and he and his wife “spent four hours at the supermarket reading labels,” he says. He learned to cook plant-based meals and, within three months, lost 40 pounds. His angina disappeared, and his energy returned.

To pay it forward, Chatlin founded the Plant Based Nutrition Support Group (PBNSG) in Detroit, providing anyone interested with educational resources, like-minded company, and tasty potluck dinners. Five years on, PBNSG has grown to nearly 6,300 members and 34 smaller groups throughout the state and surrounding area, with outreach programs such as beginners’ classes and course material for medical schools. We sat down with Chatlin to learn about his own plant-based journey and his commitment to helping others navigate theirs.

What were your eating habits like before you were diagnosed with heart disease?
My diet was “eat everything I could.” Coca-Cola was my drink of choice, and when I went to a restaurant, I’d order not one, but three or four. I did know that I had a family history of heart disease and my cholesterol numbers were higher, but I was under my doctor’s care, and he was satisfied. And I was always a workout person. You know the old saying about how you can’t out-exercise a bad diet? Well, I didn’t know that. I just worked out as much as I could.

How did you feel about adopting a plant-based diet?
I can’t emphasize how sick I was at that time. I not only had a heart murmur; I had a left bundle block, sarcoidosis of the right side of the heart, an enlarged heart, and leaky valves. I was put on bed rest for three months to shrink the heart and stop the valves from leaking. So, here I was, a very active person, sleeping and cooking. I thought, “Is this my life?” But after two to three weeks, the foods I was forcing into my mouth—the beans, the squash—started tasting better.

Why did you decide to start the support group?
I promised myself when I was on that gurney, right before surgery, that I was going to give something back. I decided to put an ad in the paper and say, “Hey, listen, I have heart disease, I’ve been able to get rid of my angina, I’ve lost some weight and kept it off, I feel great. If anyone wants to know my secret, give me a call.” Within two days, 20 people called up. We had several meetings, and I shared what I knew. But I realized that I’m not a doctor, and there were medical questions being asked that I couldn’t answer, so I asked Dr. Joel Kahn if he’d join me.

What’s your best advice for someone trying to go plant-based?
You know, you see a lot of 14- or 21-day kickstarts. What happens is, you get to that 13th or 20th day, and you’re just staring at the clock knowing that tomorrow you can eat differently. I’m a fan of 60 days. If you go 60 days, your taste buds will change, you’ll lose 20 or 30 pounds, your numbers will drop, and you’ll say, “I don’t want to make a change, because I feel so good.” 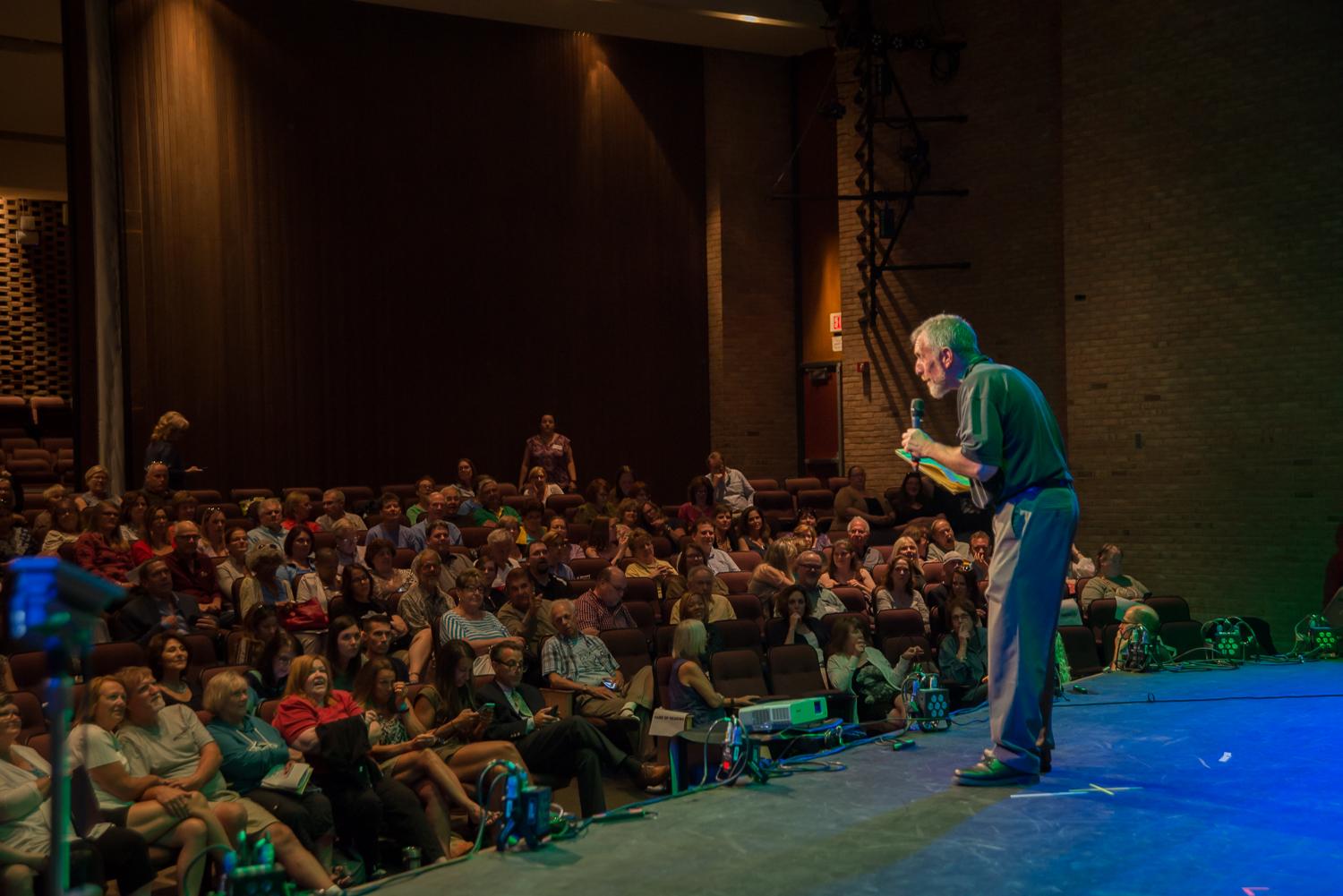 Tami Fertig is a longtime writer and editor based in Portland, Oregon, covering food and nutrition. She loves hiking, biking, and discovering new farmers’ markets with her husband and 2-year-old.