How Not to Need Viagra 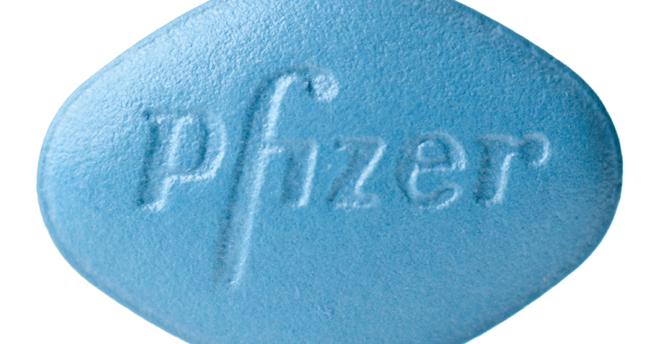 Erectile dysfunction has been getting a lot of publicity in recent years, and when a brand-new drug, Viagra, hit the market in 1998, it zoomed immediately to the top of the list of best-selling pharmaceuticals, helped by heavy advertising and lots of free samples.

Impotence is one of the most dreaded conditions among men. Sadly, almost none of them are aware that the problem is most often caused by the foods they eat.

The most common cause of ED is lack of blood flow to the penis, which is dependent on enough testosterone (which most men have), a functioning neurological system (again, which most men have), and unhindered circulation. It should come as no surprise that the Standard American Diet, which can block arteries to the heart, brain, and all other parts of the body, can also block arteries to the entire genital region.

Scientists at the New England Research Institute found that 52% of men over 40 have some degree of impotence, with the rate increasing significantly with age.1 It was also found that this statistic could be decreased through changes in lifestyle. Stopping cigarette smoking is an obvious factor, but few realize that a change in diet can also make a difference. The diet that reverses heart disease by cleaning out the arteries will have the same effect on the arteries that supply nutrients and oxygen to the genitalia.

In addition, the role of exercise seems to be much more important than previously realized. The 2006 Health Professionals Follow-up Study (HPFS) surveyed more than 51,000 male medical professionals, ages 53 to 90, asking them to rate their ability to perform sexually. They were also asked about important lifestyle habits such as smoking, alcohol, and exercise. Exercise turned out to be the most significant factor in sexual performance, as those who exercised the most were one third less likely to suffer from ED.2

It is obvious that exercise increases circulation to ALL parts of the body, but even that can’t push blood through clogged arteries. Which leads us right back to diet as the best way to open those clogged arteries needed to produce erections. And the perfect diet to do so is a low-fat vegan diet! (By the way, ladies, take note … as the same applies to women!)

(RELATED: Is vegan the new Viagra?)

Ruth Heidrich is a six-time Ironman Triathlon finisher who has won more than 900 medals in races around the world, including more than 60 marathons. Now in her 70s, Heidrich was diagnosed with breast cancer in her 40s, which has been in remission since she began a plant-based diet. She is the author of Lifelong Running, A Race for Life, CHEF, and Senior Fitness, all available through her website, ruthheidrich.com. Find her on Facebook.