Does Willpower Hold the Key to Your Success? 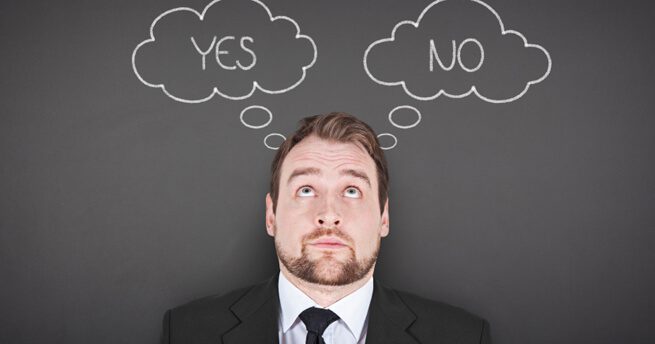 Willpower. The word conjures up images of tremendous effort, excruciating determination, and sacrifice. Willpower is Rocky Balboa forcing himself to the top of the monument in Philadelphia and celebrating his growing strength. It’s the US Olympic hockey team in 1980, grinding out an impossible victory over the Russians.

I love stories like this. Because these stories are so exciting, we often think that willpower holds the key to our success or failure, and that if we can just summon up enough willpower, we will succeed. But if we just don’t have it, we will fail.  Fortunately, it is beginning to look like this isn’t true. Some recent experiments in psychology have cast the willpower concept in a whole new light.

It seems reasonable to assume that the more determined you are to do something, the more likely it is that you will do it. However, a few years into my practice as a psychologist, I began to question this.  I noticed that often when clients were most desperate to make changes (“I will lose 15 pounds!”), they would quit making efforts as soon as they had a little setback. On the other hand, those clients who were maybe a little less determined and a little more flexible often succeeded. The journey became an exciting one, rather than a process that left them feeling guilty and defeated.

I have been puzzled by this pattern, but some insights into why the mind works this way may finally be on the horizon. Dr. Ibrahim Senay, a psychology professor at the University of Illinois, has turned something up. He and his colleagues have been studying what they call “self-talk” with respect to working on bad habits.  Helping people to analyze their “self-talk” has been a cornerstone of cognitive therapy for depression and anxiety for more than forty years. But the analysis of self-talk for managing and improving bad habits is pretty new, and Dr. Senay’s intuition led him toward a curious discovery.

In his studies, Dr. Senay would have one group of subjects say to themselves, “I WILL! I WILL! I WILL!” while thinking about starting an exercise program. A second group would say “Will I?  Will I?  Will I?” The results were clear-cut and dramatic, and consistent with a number of other studies Dr. Senay has conducted.  Those that said “I WILL!” were far less motivated and determined to exercise than those that asked themselves the question “Will I?”

The reasons for these results are still a little unclear, but Dr. Senay can see patterns emerging. When we “use our willpower” toward a goal, we can quickly feel guilty and embarrassed if we start to fall short. If, on the other hand, we keep an open mind about what we might accomplish, we feel like any positive moves we make are getting us ahead of expectations and thus are “wins.”

This makes the process of doing things better (diet, exercise, saving money) a source of pride. We are “getting ahead…better than we thought.” On the other hand, if we announce to ourselves, or anyone else, that “I will!”, it may sound impressive, but it sets us up for shame and avoidance as soon as we have a setback.

What is the message we can take from Dr. Senay’s research? A willingness to do better than you have been doing, rather than a will to do better, can be your best asset. So the next time you want to improve how you are doing something, ask your self a question like “Why not give this a try?” or “Could I maybe give this some effort?”

I’ve found that encouraging my clients to say “Maybe I will and maybe I won’t…but maybe I will” keeps them excited about the possibility of putting in effort toward a goal. For some reason, it works better for most people than trying to create momentum through sheer determination. This curious motivational twist, just now getting scientific attention, is being called the “willpower paradox.”

Doug Lisle is the staff psychologist and director of research for TrueNorth Health Center and psychologist and speaker for the McDougall Wellness Program. Lisle has published numerous articles in the scientific literature and is co-author of The Pleasure Trap: Mastering the Hidden Force that Undermines Health & Happiness.