Ultra Recovery: From Depressed Addict to Pro Ultrarunner on a Plant-Based Diet

Editor’s Note: David Clark passed away on May 21, 2020, after suffering from complications due to herniated disc surgery. David was a beloved husband and father, a three-time author, and an accomplished ultra athlete. In 2016, we published Dave’s inspiring account of his journey to plant-based eating, which you can read below.

In 2005, I was 34 years old, over 320 pounds, had ridiculously high blood pressure, high cholesterol, prediabetes, and two herniated discs in my spine. I was eating fast food three or four times a day, popping pain pills (Vicodin, Percocet, codeine) like Tic-Tacs, and washing it all down with a bottle of whiskey each day in a futile attempt to escape reality.

Despite my efforts to hide it from others, the reality was I was on the fast track to an early death. The saddest part was that I was actually hoping to die. Despite abusing my body for more than a decade, I was somehow surviving—just barely, but alive nonetheless. I was still breathing despite all my medical problems, depression, and hopeless chemical and food addictions.

One morning in 2005, I woke up. I woke up physically from passing out drunk and sleeping for 12 hours, but I also woke up in a much more profound and meaningful way. Until that day, I was a zombie walking through life. But on this morning, as my physical body rose from the bed, a tiny flame woke up inside me—my desire to live and start being a good father to my kids. I slowly and steadily went about the task of putting my broken life and broken body back together.

I dumped the booze down the drain, discontinued my midnight trips to McDonald’s, and started going to the gym. For a couple years, I learned to jog and fumbled my way through dieting. I ate a mostly vegetarian diet with lean meats and some cheese and run-walked my way to a slow marathon finish. I had lost a great deal of weight, but still felt afraid that if I stopped running, stopped dieting, or let my guard down for a second, I would gain it all back. Everything changed at the two-year mark, when I became curious about a vegan diet through some friends. On a whim, I started a 30-day vegan challenge. About two days into the challenge, I watched Forks Over Knives. I haven’t been the same since.

After switching to an entirely plant-based diet, I lost the additional weight I couldn’t seem to get rid of before. I eventually stabilized at 160lbs—half of my former weight! Along with my weight problems, my high blood pressure, high cholesterol, and heart problems went away for good. Even more spectacular was how I felt—lighter, stronger, faster, and able to run and train harder than I ever had in my life. I was recovering so fast from my hard workouts that my running friends were shaking their heads in disbelief. The year that I made the plant-based switch, I ran a 100 mile ultra-marathon, placed in the top 10 at two other ultra marathons, and went on to set an American record.

Since then, I have competed in some of the toughest and most extreme ultra-marathons in the world, including Badwater, a 135-mile race in Death Valley in 130-degree heat. I am now in the best shape of my life at 45 years old.

I’ve just passed my six year anniversary of being vegan. What started as a health and fitness-based journey has evolved into a peaceful way of life. I find comfort in knowing that nothing must die for me to thrive. Letting go of my old habits and beliefs surrounding food and nutrition was not just an act of taking things out of my life and away from my dinner table. Eating and living this way has added depth to my life and helped me to achieve what I previously would have scoffed at or written off as impossible. 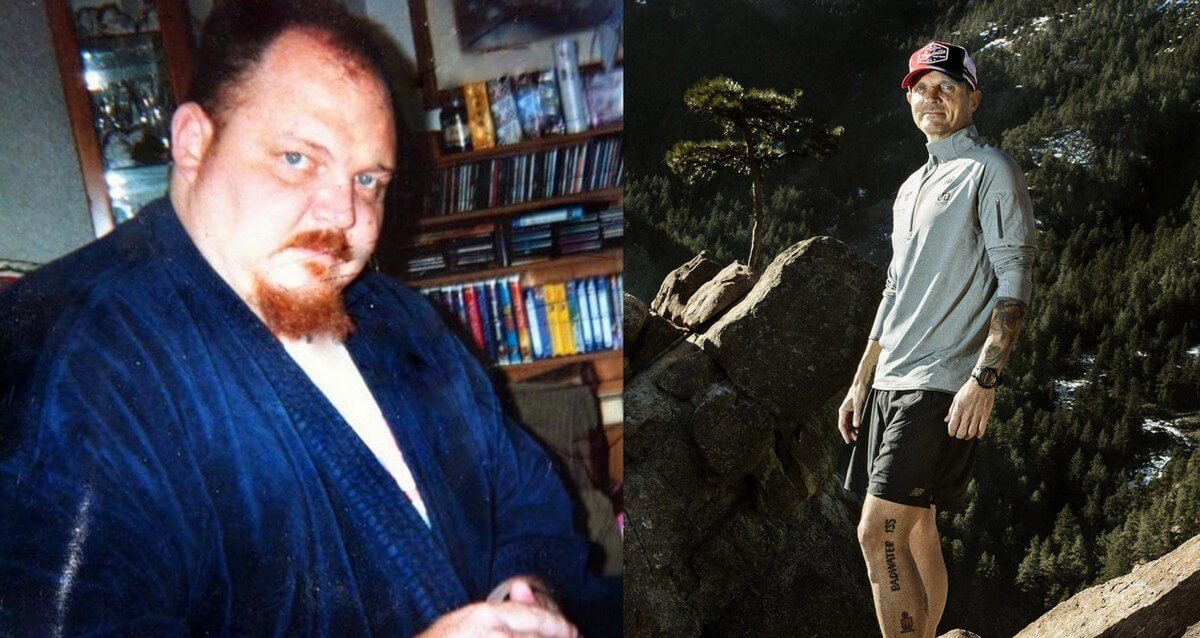