After a Stroke, This Doctor Reversed Her Lupus With a Plant-Based Diet

For a couple years before this diagnosis, I struggled with both severe arthritis and debilitating migraines, but it was a rash that made me go to the hospital. It was a butterfly rash—it went from one cheek to another. My parents and I suspected something was seriously wrong, but I had no idea the diagnosis would be so dire.

I was positive on every test on lupus. At the time, chemotherapy was an experimental treatment (now it’s standard). Chemo shuts off the immune system, and since lupus is an autoimmune disorder, they thought it would help. In a sense it worked. I had chemo for two years straight, once a month, from when I was 16 to 18 years old. (Now they use it for a much shorter time for lupus patients.) It was a difficult, painful time. I would spend a week vomiting after the treatment and was afraid to eat. Luckily, my family was amazing and supportive and helped me through.

Focusing on the Future

I was still in high school, but I focused on what I could do. I didn’t know how much time I had left on the planet, so I wanted to make my time matter. That’s where my focus was. I wanted to help others and reduce suffering. My passion was for science so I decided to become a doctor. I was already considered a “nerd” because I spent so much time at home recuperating and was always reading and studying.

I got a scholarship to my dream school, Carnegie Mellon University. It was an incredible time, as my first day of college was one week after my last chemo treatment. I was in remission during college. Every test was still positive for lupus, but I was stable and my kidneys were no longer failing. I still had to be careful and got frequent blood tests. I couldn’t go in the sun and was very careful about sleep and self-care. If I didn’t sleep, I would suffer vomit-inducing migraines. I was on just a little medication at that point, with a prescription to help with joint pain.

I took care of myself and graduated with honors for my undergraduate research in genetics. It was during medical school that things began to fall apart. Doctors generally recommend that people with autoimmune disorders do not go to medical school because of the impact stress and sleep deprivation has on your health. But I was determined to fulfill my dream.

During the third year of medical school, students have terrible hours. I worked 100-hour weeks, which were not just long but also draining and stressful. During my fourth year, I had a severe relapse. I started to get double vision and collapsed in the clinic one day. I woke up alone and drove home disoriented and confused. When I woke up again from sleeping at home, I could feel something was very wrong.

Tests revealed I had new antibodies that were causing blood clots. These blood clots passed into my brain and caused my double vision and also a transient ischemic attack, also known as a mini-stroke. My doctors told me I would be at serious risk for a major stroke for the rest of my life, and that I probably wouldn’t live to 50. This is a common diagnosis for people with lupus, which is considered a chronic, progressive disease. My doctors also warned me that having children would kill me and that I would have to inject myself with blood thinner for the rest of my life.

I spent two weeks mourning the rest of my life. Then I decided to go to a place of gratitude. I was grateful there was a medicine that could once again keep me alive. And since I was so close to finishing medical school, I went back. I decided that I would be positive, and that I wouldn’t let anything stop me from finishing my dream.

That’s when I met my husband Thomas. We fell in love really fast. After one month, he proposed marriage. At that point I had to break it to him about my lupus diagnosis. I told him that marrying me meant I was not going to live a long life, I couldn’t have children, and that he would have to take care of me. He told me he would rather have a short life with me than a lifetime with anybody else. He was all in. Again, I was living in a place of celebration and gratitude.

At the time, my husband was a rapid body transformation specialist and celebrity trainer working with MTV. I was now an intern, eating hospital food all the time, which is ironically the best way to get sick and overweight. I also wasn’t in great shape. I asked him to train me and to create a nutrition plan so I could look as good as his MTV clients did at our wedding in Maui. I had been vegetarian since I was a child because of my love for animals, but I wasn’t a healthy eater; I was a cheesatarian that ate a lot of processed foods.

At that time for his clients, he included some meat in his nutrition plans for rapid fat loss and fitness transformations. However, he created a nutrition plan for me that had high amounts of raw plant foods, no dairy products, no meat, and no processed foods. I went from an unhealthy vegetarian to a high raw food vegan.

What happened next was beyond remarkable. I went from a size 11 to a super fit and healthy size 3 in four months. More importantly, for the first time in my life, I had no joint pain, no migraines, and felt incredible and full of energy in spite of working 30-hour overnight shifts at the hospital multiple times a week. I had a blood test before my wedding, only four months after changing my diet, and my lupus tests came back negative. My blood clotting tests were only on the high side of normal. My doctors assumed there had been a mistake at the lab.

When I came back from my honeymoon, I had my blood tests done again. My blood work was still negative for lupus and my cholesterol and blood pressure had also come down. No one knew what had happened—it was an unheard of, dramatic remission. In all documented cases, lupus can be in long-term remission, but the blood tests will still reflect the autoimmune condition. Doctors couldn’t figure it out, and one day my rheumatologist told a medical student accompanying him that I “allegedly” had lupus. After more testing every month, I finally discontinued all my meds after one year. This was in 2006. Since then, I have been completely off meds with healthy blood work that has only gotten better over the years.

After this miraculous turn of events, I decided I wanted to have kids. The doctors were alarmed and told me that having a baby would bring the lupus back and kill me. My family and friends were frightened, and my best friend and mother offered to carry the baby for me. I got pregnant, had my first child, and my lupus didn’t come back. I had another child four years later. Both times I was healthy and had healthy babies. Both times I was effortlessly back in my pre-pregnancy clothes in under two weeks, just sitting around nursing my babies. My body wants to be healthy, strong, and lean. 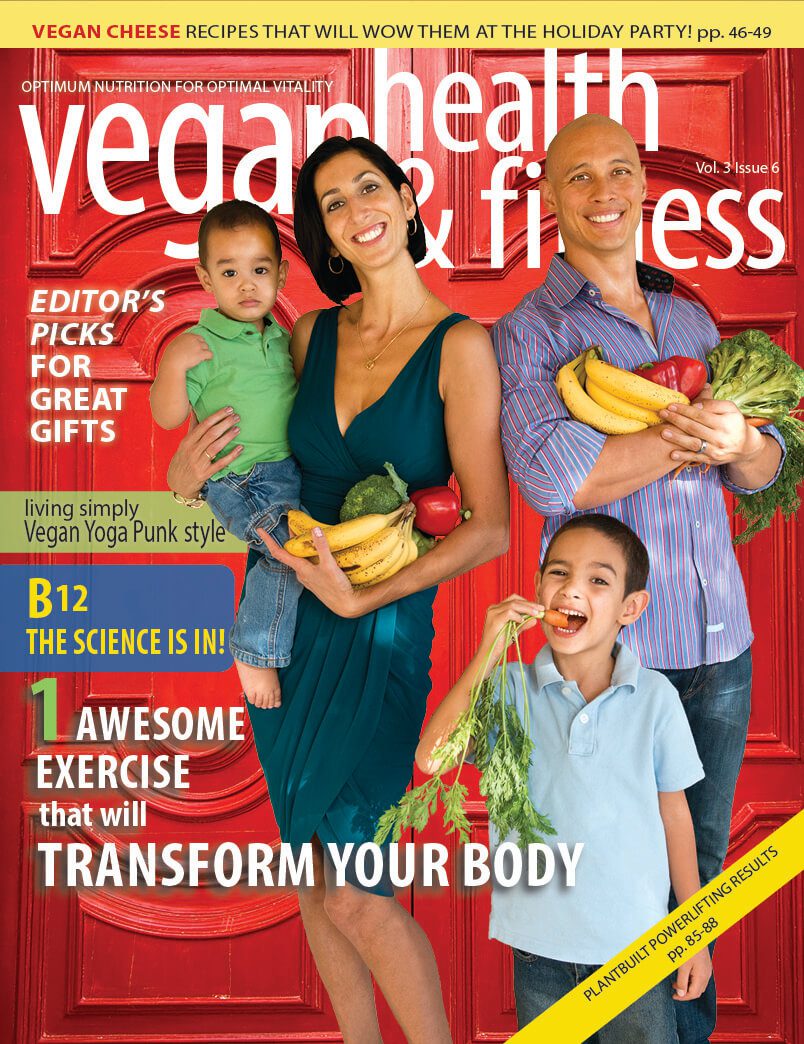 I still eat a whole-food, plant-based diet of both cooked and raw foods. My family is high raw—which means we eat a lot of green smoothies and unlimited amount of raw fruits and veggies. We usually enjoy cooked dinners in the evenings, like soups, stews, and black bean burgers.

My medical practice is completely online; I use technology like Skype and FaceTime as well as phone calls to see all of my patients and clients. This way, I can be with my children and husband, and we can travel as a family. We spent a lot of the time on the road holding conferences and teaching patients, doctors, and hospitals how to create a healing low-inflammation diet using supermarket foods for amazing health and fitness.

I am board certified in psychiatry and neurology and also certified in plant-based nutrition. I see patients via Skype and phone for mental health and to reverse inflammatory diseases in California, and I use Skype with nutrition clients from anywhere around the globe. Practicing this way allows me to see sick people from anywhere on the planet from wherever I am on the planet, so I can spread the message of health and healing and the power of plants as far and wide as I can.

I wrote my book Goodbye Lupus in 2015 so that people who cannot travel to see me speak or afford a private consultation can still access the information they need to heal. It became a best seller on Amazon before it was even released, and I am excited every day to get messages and reviews from people who are healing using the information I provide in the book. I believe health should be a right, and I will never stop fighting for everyone to get the health and life they deserve. 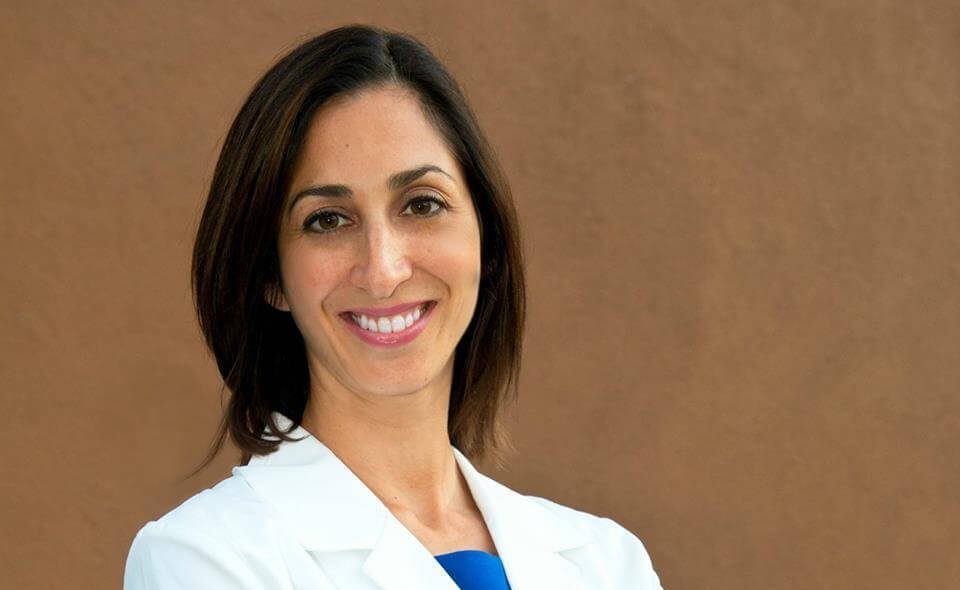 From Crippling Lupus to Living Pain-Free on a Plant-Based Diet
Sep 5, 2017

Dr. Brooke Goldner is a board-certified physician known worldwide for developing a nutrition-based treatment for her own autoimmune disease, lupus. She is a graduate of the Temple University School of Medicine, was chief resident at UCLA-Harbor residency in psychiatry, and holds a certificate in plant-based nutrition from Cornell University. She is the creator of the Hyper-Nourishing Healing Protocol for Lupus Recovery and the bestselling author of Goodbye Lupus. Learn more at her site. Find her on Instagram and Twitter.