Plant-Powered Transformation: From Self-Destructive Alcoholic to Healthy and Happy Yogi

On any night between the years of 2003 and 2011, you would have found me bunkered down in a random New Jersey bar. As early as 9pm, you would have seen me finish my 10th Coors Light. Between the glasses of light beer (which I drank in a futile attempt to control my calorie intake), you would also have seen me knock back multiple shots of the tequila-coffee blend Patron XO Cafe.

At 3am, you would have nervously watched me stumble drunkenly with my friends to the car, get behind the wheel, light a joint, and then drive to McDonalds. On other nights, you’d see us choose to hit the 24-hour diners for chicken sandwiches and plates of cheese fries.

After returning home, you’d see me desperately trying to sleep. Five out of the seven nights of the week, I’d spend an hour in bed praying for the room to stop spinning. My prayers were usually unanswered and I’d instead spend more time crouched over the toilet atoning for my sins. I regularly got between three to four hours of sleep a night.

During this period, I was somehow able to drive to the office every workday and power through a hectic ten hour schedule. My professional success during these years is still a mystery. But as soon as my workday was complete, you’d find me back in the bar with my friends. This was my daily schedule for many years.

Despite my lifestyle, I wouldn’t have called myself an alcoholic during those eight years. Although nothing mattered to me except for making money and getting hammered, I deluded myself into believing that I was doing what any normal party girl in their 20’s was supposed to be doing.

In reality, I was a complete mess. I was 85 pounds overweight, reckless, and completely out of touch with my body. Behind my substance abuse and destructive behavior was a miserable person trying to drown her sorrows. I first realized something was terribly wrong when I had my first anxiety attack. These attacks continued to sneak up on me over the course of the following year, and it got to the point where I couldn’t even blame it on too many shots.

One day a co-worker suggested I try yoga to help with the attacks. I was intrigued and signed up for my first class. That hour in the studio was the most humiliating 60 minutes of my life. I nearly fainted from dehydration (which is what happens when you drink nothing except for black coffee and alcohol) and finally realized just how overweight I really was. I wasn’t just “chubby” with a “beer gut.” I was obese.

Despite my pitiful performance, I drove home from the yoga studio feeling a tranquil high that I had never experienced before. I was hooked. Too mortified to practice yoga again in a public setting, I purchased yoga DVDs. I practiced twice a week for the following year. The other five nights of the week, I followed the familiar routine of binge drinking and eating fast food into the wee hours of the morning.

I didn’t lose weight over that year, but my mind had began to expand and my connection with my body began to deepen. I finally began to understand what feeling good really meant. I credit these yoga-induced changes with the fact that I woke up one day with a burning desire to go vegetarian. It was so intense that I couldn’t ignore it. I immediately eliminated meat from my diet and never looked back. As time went on, my wild bar nights gradually dwindled down and I actually stopped drinking altogether.

Once I eliminated alcohol from my life, I decided to transform my lifestyle and set some goals for myself. I vowed to cut out all fast food, to cook almost all of my vegetarian meals at home, and to practice yoga six days a week. In less than one year, I lost 75 pounds, retired from my stressful corporate job, moved to California, and became a certified yoga instructor.

Two years later, I accomplished my ultimate goal. I sold all my possessions, moved to Tonga (a tropical island in the South Pacific), and gave up cheese to be completely vegan. Since making the transition to a fully plant-based diet, I have lost an additional 15 pounds. My diet is now based on fruits, vegetables, beans, and rice dishes—I limit flour products and meat substitutes. I still find myself losing weight each month and my body is becoming leaner and more toned with each passing day.

I am nowhere near perfect or finished with this healing journey I have been on. I am just getting started! But I am living proof that a plant-based diet and healthy lifestyle are the keys to lasting weight loss and optimal health. I have yoga to thank for expanding my mind. My dedicated practice enabled me to think outside the box and break out of my cycle of destructive habits. I have my whole-food vegan diet to thank for my lasting weight loss and healthier body. And last but not least, I have Forks Over Knives to thank for greatly impacting my life with the release of its brilliant documentary! 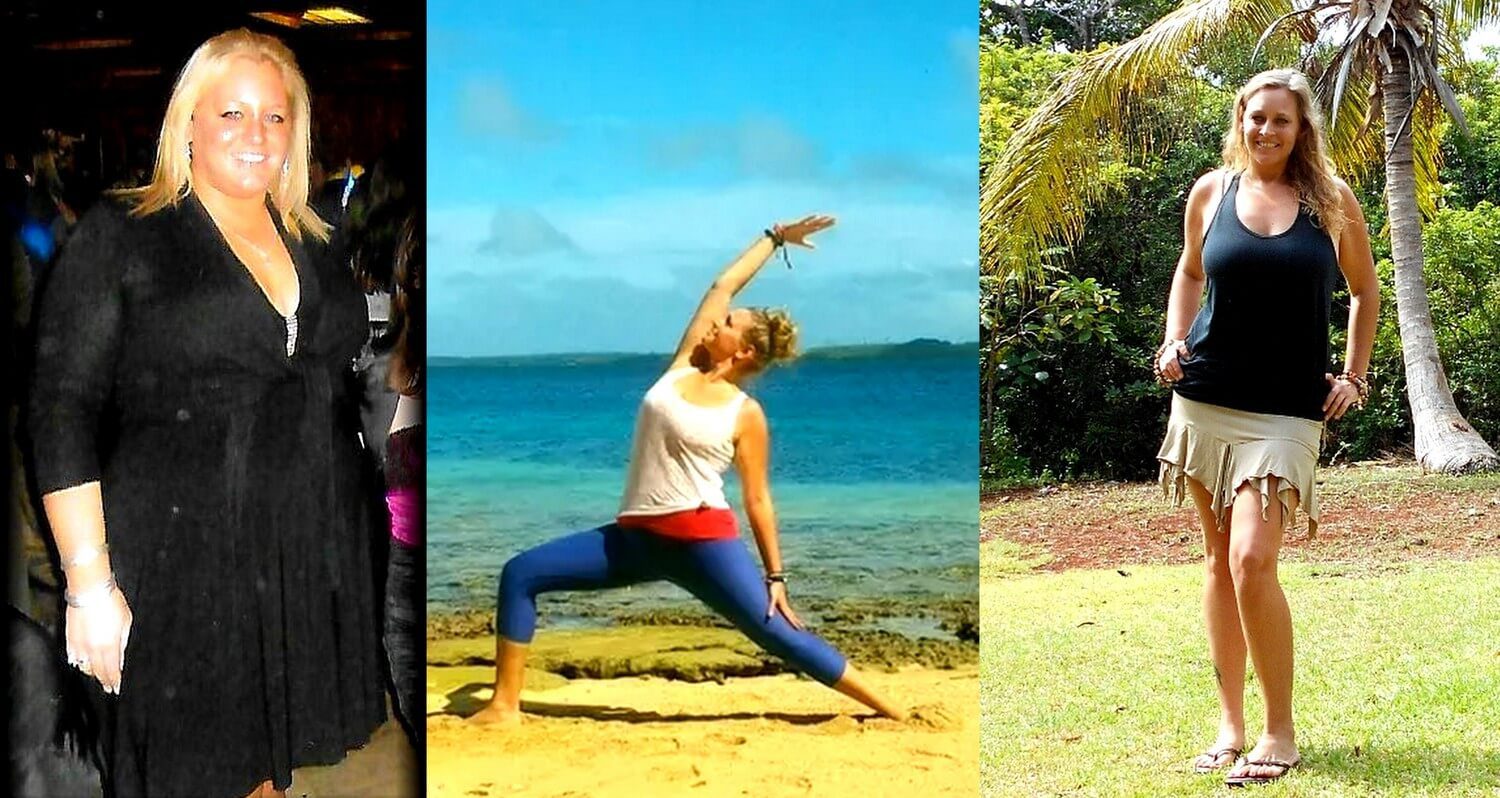