Just a year and a half ago, I was over 300 pounds and was on antidepressants and blood pressure meds. I’m a long-haul trucker, and I was having a hard time staying awake to do my job. Walking around hurt, and just getting up was a chore. The Department of Transportation was putting more and more restrictions on getting a health card, and it was getting more and more difficult to pass the health evaluation to continue doing my job.

I am a former Marine and later was also in the army, so I was used to eating a lot of pizza and junk. In those days I was so active that I didn’t gain weight. A couple years after I got out of the service, I started driving. That was back in 1993, and I started to gain weight constantly, sitting behind the wheel for eight to eleven hours a day, six days a week. Once in a while, I’d diet and lose some weight. But I’d always gain it back pretty quickly.

My First Attempt at Plant-Based Eating Ended with Salad

About a year and a half ago, I watched Forks Over Knives on Netflix. I was convinced that I needed to change what I was doing. But I didn’t read anything, and just thought I could do it by watching the movie. Since I had never been a vegetable eater, I didn’t know what to eat. I grew up in and around Chicago and grew up on pizza, Italian beef, and macaroni and cheese. I later ended up in Mississippi, where I am now, and was eating lots of barbecue, fried catfish, and the like. I cleaned out my cupboards and got rid of everything I had been eating, but I didn’t know what to fill them with. I spent three months living off salad and lost a ton of weight, but I was always hungry. Soon I was cheating, and eventually I quit.

About one year ago, I decided to try again. I bought a kit from the Forks Over Knives website, which included the movie, The China Study, and the Forks Over Knives Cookbook. I learned a lot more, but I had no idea how I was going to follow the diet on the road as a truck driver. A friend of mine that I had introduced to the movie stepped up to help me. He had been doing great on the diet, and he told me to get The Starch Solution and helped me figure out my meals. We also struck up a deal where I had to send him pictures of all my meals every day for a month—breakfast, lunch, dinner, and snack. Having an accountability partner really helped me. For thirty days, I took pictures of everything I ate and sent them to him.

Since July of 2014, when I started my second attempt, I have lost 70 pounds. Three months after I started, the doctor took me off blood pressure medication. After five months, I was able to get off antidepressants. My cholesterol is down to 150 from 212. My blood pressure is also now 120/84, which is unheard of for me.

The best and biggest thing about this lifestyle is how great I feel. My energy levels skyrocketed, and I have started to exercise again. I bring my bike, weight bench, and weights on the road. Most days, I wake up early before my drive and walk or jog a few miles or do a 10- to 15-mile bike ride, depending on where I am.

I follow this lifestyle in a semi truck five or six days a week. It does take some effort to get the food bought, packed, and prepped before I leave. I do all my cooking in the cab of my truck, because truck stops usually have only fast food and vending machines.

In the cab, I have a microwave, toaster oven, ceramic-coated electric skillet, waffle maker, butane stove, and an electric pressure cooker called the Instant Pot, which I love. My favorite Instant Pot meal is a mix of jasmine rice, broccoli, garlic powder, onion powder, sweet peas, and corn. Once it’s done, I throw different condiments on top, like peanut sauce, hot sauce, or just some sea salt.

I also like making pressure cooker curries and vegetarian tacos with avocado, beans, and pico de gallo. I’m never hungry on this diet! If a new dish doesn’t turn out exactly right, then I sprinkle some Frank’s Red Hot sauce on it, and BAM—it’s delicious! Most days, I take pictures of what I make and eat and where I am and post them on my Facebook and Instagram pages. I was shocked when people started to really notice my food photos, and I have over 23,000 followers now. It’s been a fun journey!

Editor’s Note: Bobby chronicles his progress living a whole-food, plant-based lifestyle on the road on Instagram and Facebook under the name Plant-Fueled Trucker. 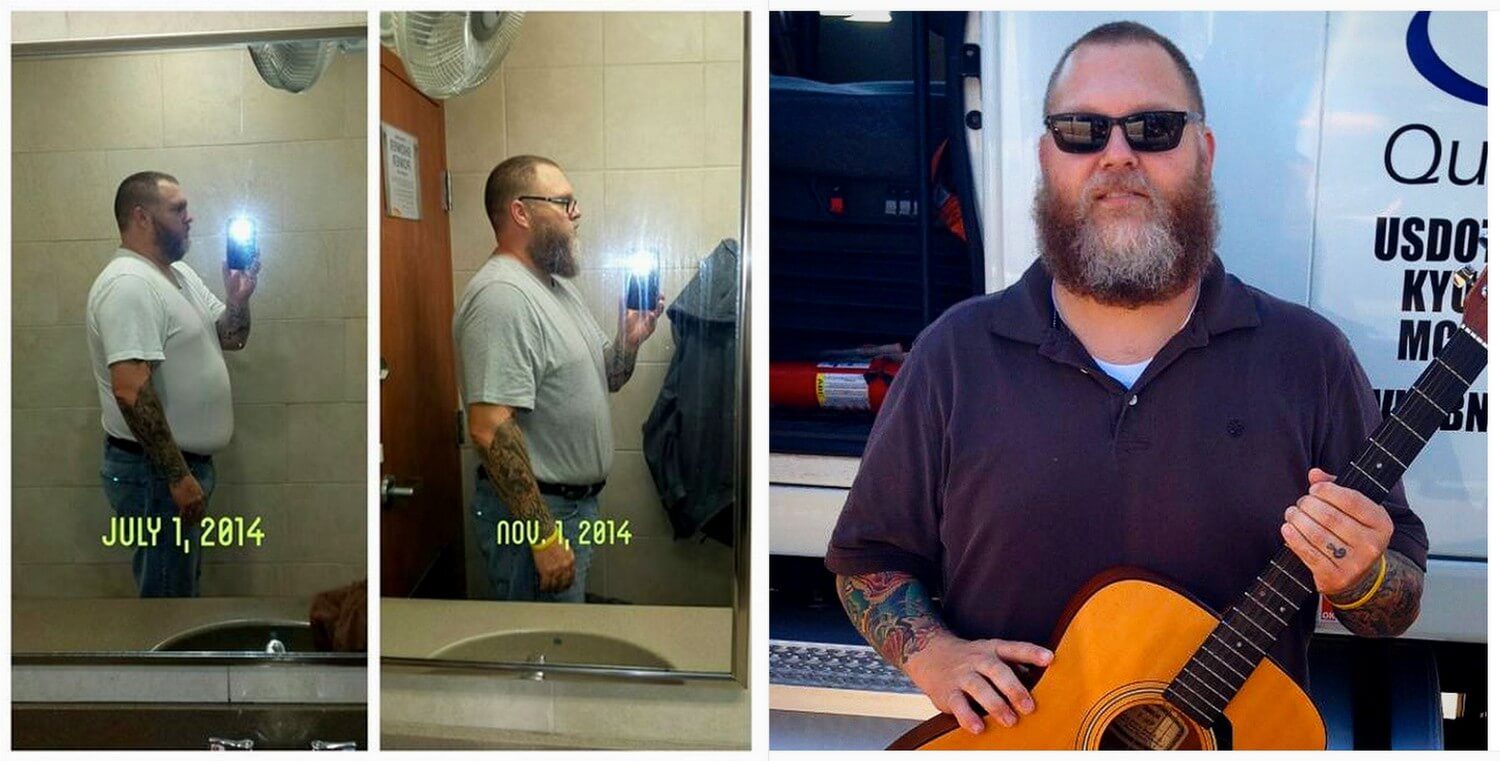