I Went Plant-Based and Conquered Heart Disease in a Year

I grew up as an athlete, which was awesome. Hockey was my main sport, and I played every day as a kid. I loved volleyball, too, and I could play with the big boys no matter what court or field I walked onto.

As an adult, athletics continued to play a big role in my life: I became a personal trainer and physical education teacher, and I competed in adult pickup league hockey. Hanging with the boys and eating pub food would usually follow games. In general, I was eating “well,” or at least I thought I was. Although I was a bit heavier than I am today, I seemed quite healthy on the outside. Nothing could bring me down, as far as I was concerned. I was in great shape—and I’d just found out that I was going to be a dad for the second time. I had everything a man could ask for.

Then one day in 2009, a sharp shooting pain through my chest and arm brought me to the emergency room. A few tests later, the doctors discovered that I had a tumor on my kidney that was totally unrelated to the pain I’d felt that day.

Over the next six months, as my baby grew in my wife’s belly, confusion, anger, and fear grew in me.

Initially, the doctors told me that I’d live to 40 if I was lucky. After more testing, they eventually found that the tumor was benign, but they feared that it could eventually turn cancerous and wanted to remove it. That would have meant losing that kidney.

Through additional testing, the doctors discovered that my arteries were extremely blocked and damaged. A 35-year-old athlete with heart disease—not something most people would expect. Medication and surgery were not options that I wanted to consider, so I began to research alternatives.

Plant-Powered Recovery
I became familiar with Forks Over Knives and The China Study, along with Brendan Brazier and many other important plant-based influencers. Discovering a plant-based diet changed my way of thinking and, in turn, my life. I immediately gave up meat, dairy, and highly processed foods and embraced a whole-food, plant-based lifestyle.

After about a year of this new lifestyle, I went in for a checkup. Much to my doctor’s amazement, my tumor had shrunk. This was unheard of in our top-notch Toronto hospital.

And on top of that, my arteries had cleared up, showing the amazing red blood flowing through my body, bringing not only oxygen and energy but also healing. I knew exactly what was responsible for this apparent miracle: my new diet.

Leveling Up and Paying it Forward
This transformation gave me a new outlook on my own life. It changed my values. It changed what I teach my children. It changed the way I interact with people. It also changed my emphasis from team sports to individual sports, and I quickly became addicted to endurance athletics. To date, as a plant-based athlete I have completed two Ironman races and a 50-mile trail run. I’m now 44, and my stamina and strength far surpass their levels before my 35th birthday.

Since I was already in the health and fitness world as a high school health and physical education teacher and personal trainer, I realized that adding nutrition to my professional life was my next step. I earned my certificate in plant-based nutrition through the T. Colin Campbell Center for Nutrition Studies at eCornell.

Along with my wife, I started The Plant Trainers Podcast. Every day I am putting out plant-based content or working with clients one-on-one, coaching them on their WFPB lifestyle and athletic journeys, whether they’re preparing for their first 5K or their first Ironman.

I’d like to give a shout-out to all those before me who paved the way for individuals to improve their quality of life through plants. 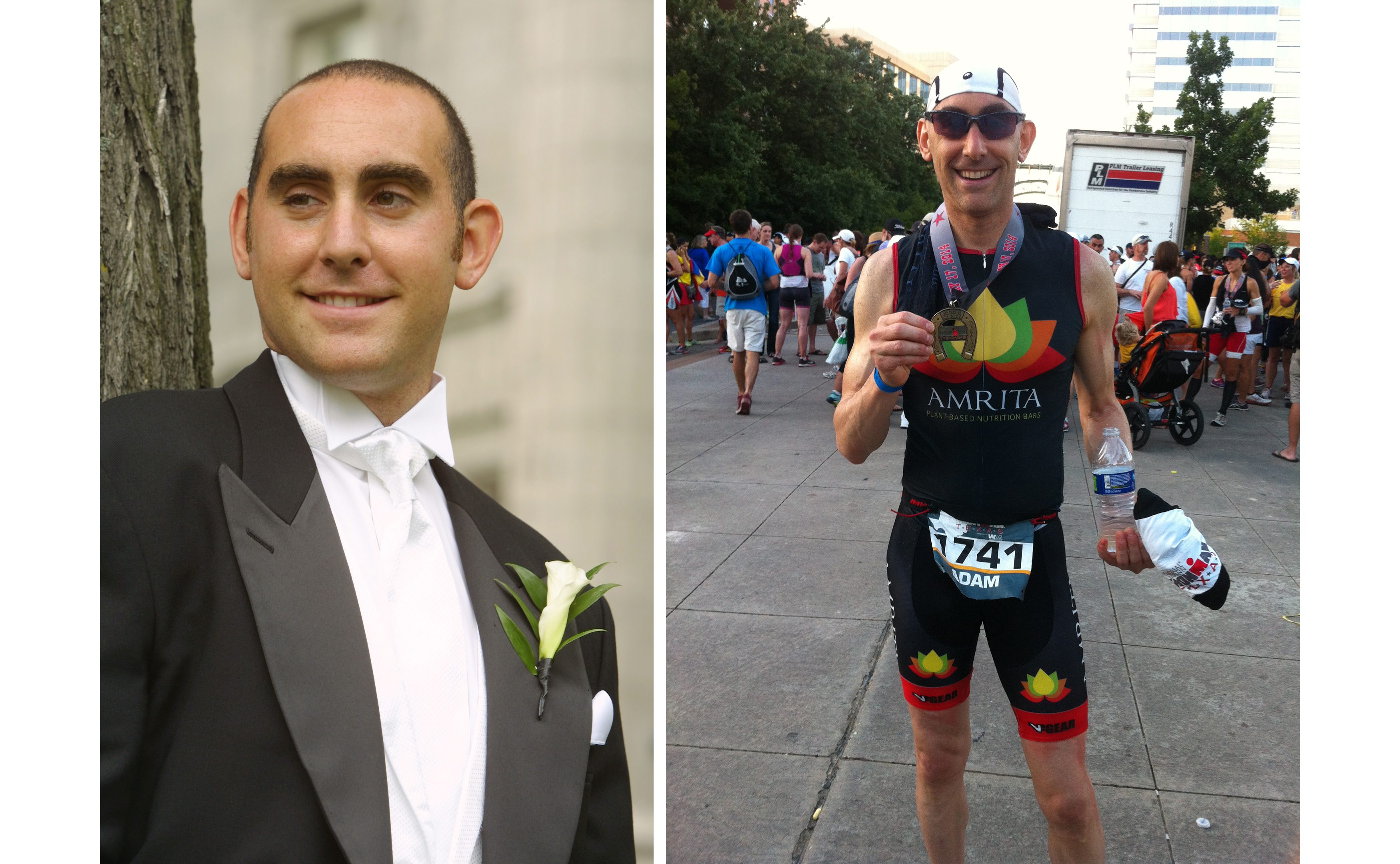