How a Plant-Based Diet Helped Me Become an Endurance Athlete

I’ve lived most of my adult life on a roller-coaster weight cycle of chubby to fat back to chubby. Although I was an avid ice hockey player, getting to a normal weight was very difficult. In early 2000 I almost lost my life to a perforated peptic ulcer. After recovering, I never took eating for granted … and eat I did! Late in 2009, my weight ballooned to over 180 lbs. I felt weak and unmotivated and desperately needed a spark. After seeing an online ad for the 2010 LA Marathon, I decided to take on the challenge. I had less than four months to lose some weight, train, and finish my first marathon on my 37th birthday.

I transformed from an overweight guy who had never run a mile to a marathon finisher and finally back to a normal weight … MISSION ACCOMPLISHED, right??

As a runner, my body craved calories from all my long training sessions, and I slowly started gaining back the weight I had lost during the marathon training. I justified eating anything I craved, because of all the calories I burned. Boy was I wrong! My fuel was the good old standard American (SAD) diet. I was well aware of the “calories in, calories out” concept, but I was not aware of “garbage in, garbage results.” At the time, I made convenience my priority, not realizing the repercussions of eating highly processed foods!

My journey to a whole-food, plant-based lifestyle started after watching Forks Over Knives in early 2012. The documentary struck a chord with me, and a light bulb came on: I needed to get ‘vegucated.” Luckily, after searching for a local vegan restaurant on Yelp, I befriended Kevin Tran, the owner/chef of Vinh Loi Tofu, a popular vegan restaurant in Los Angeles. Kevin Tran is also a plant-based endurance athlete. With his help and several introductions to a few notable “vegucated” people, my journey began.

My plant-based transition process was slow; I started with Meatless Mondays, Wednesdays, and Fridays. As I weaned myself from processed foods and animal products, my energy level skyrocketed!! My physical recovery from all the endurance training was amazingly fast. I gave myself bigger challenges with endurance sports, from century bike rides to multiple ultramarathon distance-training runs. My body never felt better, and the weight was no longer an issue. Then I needed a bigger endurance challenge … Ironman it was!

I took on the Ironman distance triathlon challenge in November of 2012 and signed up not knowing how to swim. But I knew that my whole-food, plant-based lifestyle made anything possible! I ran the 2013 LA Marathon in March, and with only four days to recover; I ran 40 miles for my 40th birthday. All this was possible due to my body’s new ability to recover so quickly. On November 17, 2013, I swam 2.4 miles, biked 112 miles, and ran 26.2 miles to cross the Ironman finish line.

Now that I’m on a plant-based/vegan diet, I’ve been able to maintain a healthy balanced weight and challenge my body to its limits. I’m currently in training for a 50-mile ultramarathon … fueled by plants!

Thank you, Forks Over Knives. I have gained so much knowledge and understanding and formed lifelong friendships in the vegan community after watching the film. 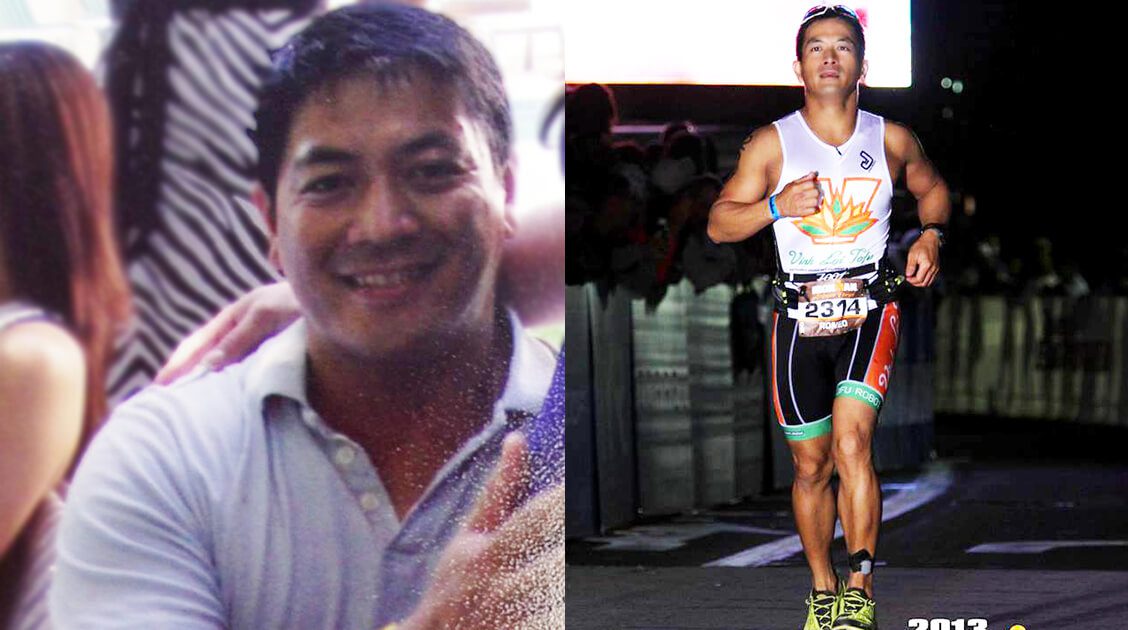