My first of four autoimmune diagnoses came in 2007 after I fell off a horse and broke my leg in four places. I needed surgery, and a few weeks later my foot and leg developed burning pain, extreme sensitivity, swelling, and blotchy, discolored skin. After consultations with two orthopedic surgeons I was told I had complex regional pain syndrome, was put on gabapentin, and was off work for six months. I needed a year of physiotherapy.

Saddled with Symptoms and Side Effects

In the years following, I gradually became more active, striving to be in tiptop shape. Despite still needing gabapentin to minimize my leg and foot pain, I was exercising regularly and thought I was eating a healthy diet. In late 2010 I was hit with the H1N1 virus,. I got over the worst of it within a few weeks, but for the rest of the winter I still felt off: I was tired, had trouble catching my breath during easy exercise, often had unexplained body aches, and regularly lost my voice for days at a time.

I took handfuls of prescriptions and rode a roller coaster of side effects and debilitating symptoms: joint pain, eye pain, body rashes, frequent headaches, embarrassing brain fog, dizziness, nausea, recurring respiratory and urinary tract infections, and extreme fatigue no matter how much time I spent in bed. I kept trying to make the best of things, but my decade-long marital relationship was a train-wreck, my career as a financial analyst was at risk because I missed so much work, and I was stressed about my future.

In 2014, a few months after my marital relationship ended, I was diagnosed with mixed connective tissue disease. Four autoimmune diagnoses by age 41 wasn’t what I had envisioned for my life.

I asked my doctor on several occasions if I could do anything different—maybe change what I was eating—but he said that my diet had nothing to do with my health. When my cholesterol results were out of the healthy range, he said it was “because of lupus.” I wasn’t noticeably overweight, so he wasn’t concerned. (He said, “You’re thin; it’s fine.”) My treatment plan consisted of managing each symptom as it presented, lacking the holistic perspective that our body parts and internal systems are connected.

I followed a balanced diet according to Canada’s official food guide, eating what I believed were healthy proportions of meat or seafood; dairy, eggs, or cheese; breads and other grains; and fruits and vegetables each day. I also ate sugary snacks and desserts, figuring that it must be OK for me to do so, since I wasn’t obese. The number on the scale was my only benchmark for my food choices, and I told myself that if I gained weight I would go on a diet.

About a year and a half into a new relationship, my health was at rock bottom. I was in significant amounts of pain, missing work for weeks or months at a time. I was sick and tired of feeling sick and tired. My boyfriend, Mike, came into some unexpected money, so off we went for a two-week vacation to Nicaragua to try to have some fun.

A Taste of Better Living

While we were in Nicaragua, there was one day where my feet were so swollen that I couldn’t walk, but the rest of the vacation was rejuvenating, with minimal symptom flare-ups. Suddenly, I felt hopeful again. The Caribbean breezes were relaxing. The tasty traditional dishes—rice, beans, piles of fresh fruits and vegetables—were easy to enjoy. We still ate some seafood and chicken, but significantly more of our diet was plant-based.

I began weaning off of my prescriptions, despite having no concrete plan of what to “replace” them with. My rheumatologist supported me in trying this but warned that I would probably have worsening symptoms and need to resume the full doses.

In late 2016 Mike and I returned to Nicaragua—this time to build a vacation home on an island off the coast. The longer we were there, the better I felt. By the time we returned to Canada in the summer of 2017, I was off all prescriptions, and I no longer needed daily naps. I felt more energetic and clear-headed than I had in years. I connected the improvements in my health to the more plant-based, less-processed diet that I’d been eating while in Nicaragua. After making that health-nutrition connection and learning from the islanders about natural remedies for various ailments, I found myself increasingly interested in learning about the power of plants and the contributing factors to autoimmune illnesses.

In 2019, Mike and I came across the Forks Over Knives documentary film. It was eye-opening and shocking, and suddenly my “accidental” health turnaround made so much sense. We went all-in on a whole-food, plant-based, no-oil lifestyle from that point forward.

Today, I’m still happily WFPB, and I’ve kept the majority of my autoimmune symptoms at bay. Despite once being told I would need pills forever, I’ve been prescription-free for almost five years. Lupus antibodies don’t even show up in my bloodwork anymore, and my thyroid and cholesterol levels are normal. I used to always look puffy, but no more. I’m now an author and a certified nutrition coach and body-healing coach, helping other autoimmune warriors turn their health around, too. 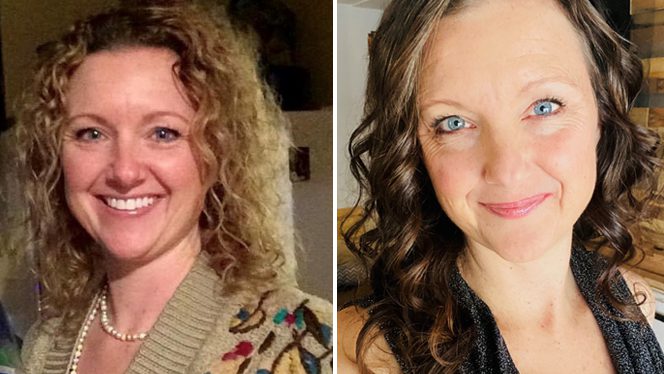