In Eight Months, I Lost 80 Pounds, Got Off Meds, and Took Back My Life

My life has changed! Just last year, I weighed 282 pounds at 57 years old. I’ve been sober for 22 years and have always been an athlete. I’m a 5th degree master in a Korean martial art called Tang Soo Do. But I have struggled with my weight for a long time. I have been an avid runner at different times in my life, which would take the weight off temporarily. But when I stopped running, it would come back. It got to the point where my food cravings were just as bad (if not worse) than my alcohol cravings during my drinking days. I was scared about my health and too embarrassed to go anywhere being as heavy as I was. I had problems sleeping at night, got winded easily, and had numbness in my hands and fingers (probably from poor circulation). I was also in retirement mostly because of my weight.

One of my close friends from recovery was in the same boat as me. He was also on medication, was overweight, and was addicted to food. He went to a doctor who taught nutrition, and was given a 21-day jumpstart program and the homework to watch Forks Over Knives. He followed the doctor’s orders and was amazed at how he felt just one month later. After talking to him and knowing how similar we were, I watched the documentary and jumped into a plant-based diet myself.

About two weeks after I started the diet, my wife and I signed up for a seminar in Cleveland put on by Dr. Esselstyn and his wife Ann. Dr. Esselstyn actually called us about a week before the seminar and I was floored! We couldn’t believe that he was calling us—we’re not used to such personalized attention. He asked for my medical background and told me that most of the group would be made up of heart patients, but that I was more than welcome to attend. When we met him at the clinic, he was just the same—kind and caring with a genuine concern for my health.

We went home from the seminar with a cookbook by Ann and Jane Esselstyn. It has saved me! I was on blood pressure medicine for years and could never get off of it, even when I was running a lot. Now I’m off of it completely. I’ve also lost about 80 pounds in eight months! My wife Sandy is doing it with me and does all the cooking. Her support has been tremendous, and she has also reversed her previously high cholesterol. I have never felt better or had more energy, and I have not had the unhealthy food cravings since we both started the diet. People tell me that they’ve never seen me look this good and that I now look 10 years younger.

When I was obese, the one thing that really scared me was seeing the people who had to ride motorized scooters around because they were too big to walk. I knew I was heading that way. The only way I can repay this gift is to help others, so I tell everyone about the power of plant-based nutrition. I’m living proof that anything is possible! 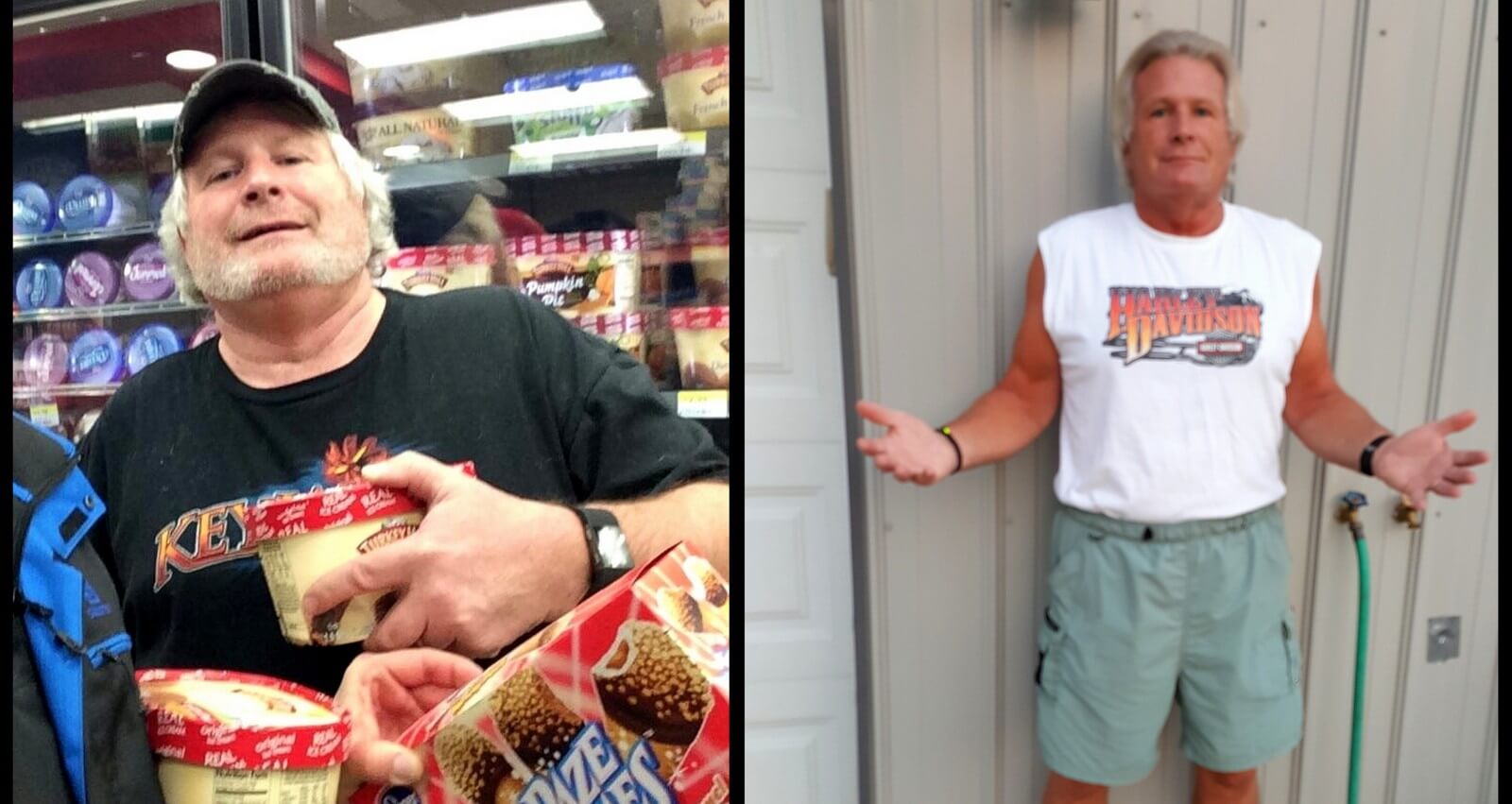