Three months ago, I transitioned to a whole food, plant-based diet. The switch happened after a diabetes diagnosis that shook me to my core. I went from a pretty good medical report the year before to diabetes. Potential side effects of diabetes are blindness, stroke, and limbs being cut off. Knowing that became a huge motivator. I said to myself, “I gotta do whatever it takes now.”

Before that doctor’s visit, I thought I watched what I ate. But the problem was, I would eat large portions—and then grab a donut. I ate out a lot and was big on cheeses, pizzas, and desserts. There was a pizza place on my way home, and I would go there once a week and order two pies just for me.

It took me about two weeks to fully transition. At first, I was still eating fish, but then I was able to find enough plant-based foods for every meal. My friend Steve Mittleman was a big help. He’s a fellow comedian, and he’s big on the plant-based lifestyle. He started sending me clips and lots of good info. We did a comedy show recently and we drove for about five hours together. During the drive, he filled me with information about what he eats. That was a big help.

In my first six weeks on a completely whole food, plant-based diet I lost 45 pounds, getting down to 215 pounds. Already, I look at myself and I like what I see. I went down two sizes in clothes, and for the first time in a long time I can see my stomach muscles and some definition. Before, I would lift weights and work out, but there was too much fat over the muscles to see anything. I’ve also really taken to cardio since changing my diet. Five minutes on the treadmill used to be a struggle. Now I don’t even feel the fatigue after doing 30 minutes on a stair-climber or bike.

My health changes not only surprised me, they surprised my doctors. Looking at my paperwork at my last checkup, my diabetes doctor was floored. After four weeks on a plant-based diet, my A1c reading (a measure of average blood sugar) went from a 7.3 down to a 5.8, which is just a little higher than normal. And I know it will get even better from here because the A1c reading is based on a three-month average—which means my 5.8 reading was still pulling from old high numbers. My doctors can’t believe it.

I should also mention I had sleep apnea for a good while before I transitioned. I would wake up every two hours with panic attacks where I couldn’t breathe. I thought sleep apnea was going to be a life-term affliction. I thought I was doomed to wear that mask. Now that I’ve gone plant-based, I haven’t had sleep apnea for the last 55 days—not one episode.

As someone who’s struggled with depression for years, I’ve also noticed my lows aren’t as low. I feel better and more optimistic. I think my improved physical state is affecting my mental state and energy. I’m able to sleep better and therefore think better.

I’m enjoying the food now too. At first, I thought, “I’m gonna be deprived of eating good-tasting food,” but that’s not true. Thanks to a great vegan restaurant near me, I discovered portobello burgers and other dishes. I don’t feel deprived at all, and I know my taste buds have changed. For breakfast, I eat oatmeal with blueberries and strawberries—something I would never have considered eating before. For dinners, I eat salads, brown rice, beans, and I’m also a big fan of eggplant.

And I don’t cheat, even on days when it’s hard. Over Mother’s Day weekend, my friends were having a big dinner with all these ribs, and they smelled really good. But I didn’t give in. I thought, “Nah, I don’t need to have that rib,” because I knew it would become three or four ribs. So instead I had a salad, soup, and beans and I was full and satisfied.

Now I think of my diabetes diagnosis as a blessing—it motivated me to change my life. Just a few months ago I thought I was going to go blind. Now, I have a newfound optimism, I feel 20 years younger, and I know I’m never going back to my old diet. 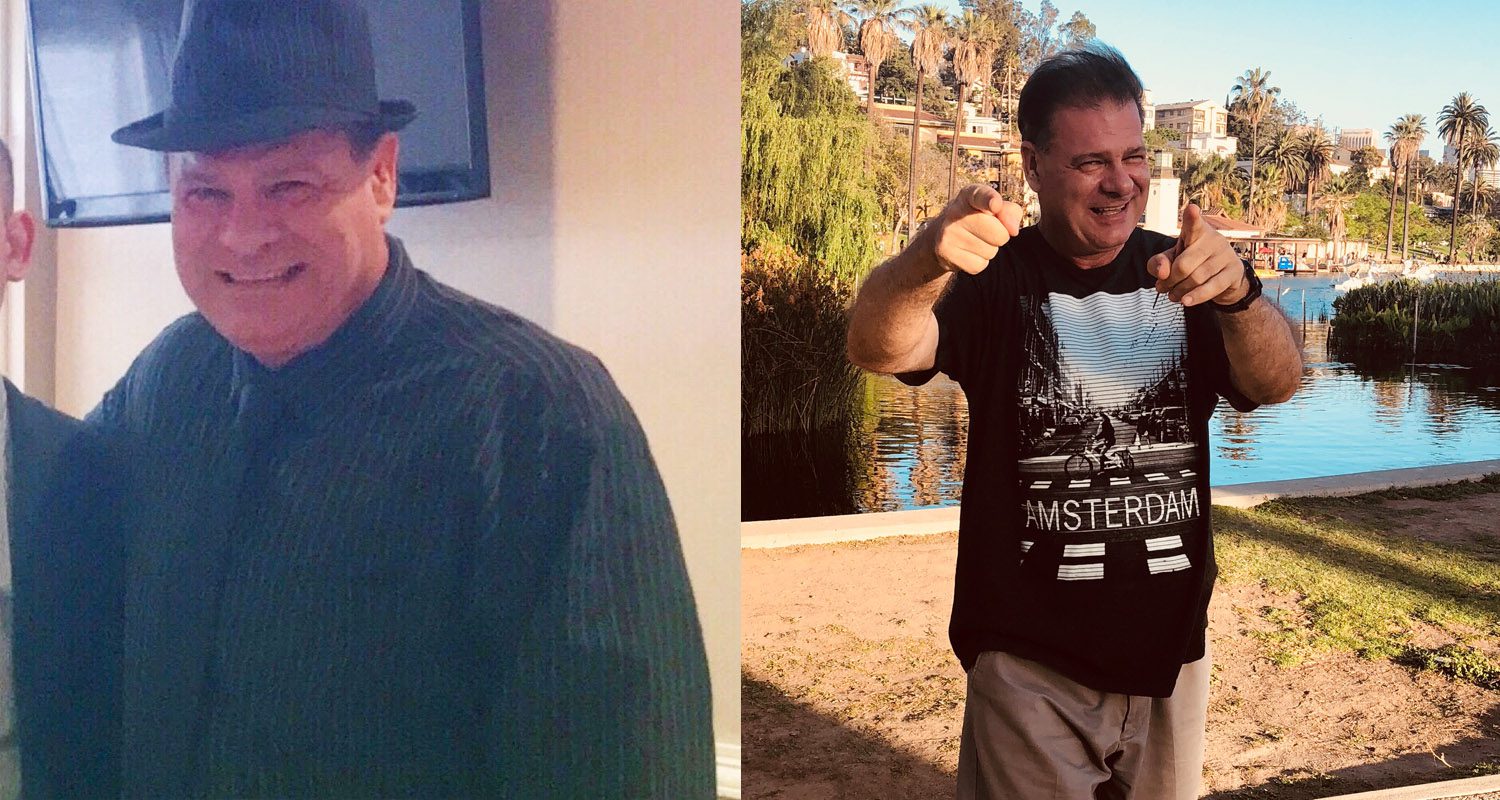