Like most Midwestern Americans, I grew up on meat, comfort foods, and sugar-laden desserts. Later while serving in the Marines, my food trays in the chow hall weren’t any better. After leaving military service in 1992, I became a deputy sheriff, and my food choices while on duty weren’t the best. I tended to go for the quick and available and ate just as many meals behind the wheel of my patrol car as I did at a desk (insert donut joke here).

My lifestyle caught up with me in 1995, and at the age of 31 I was diagnosed with hypertension. My doctor prescribed two medications to help “get things under control” but didn’t ask me one question about my diet. The only nutrition or lifestyle advice he gave me was to “cut out the salt” and “exercise more.”

START FORKS COOKING COURSE JANUARY 4, OR MAKE IT A GIFT!
30% OFF THROUGH November 28

I stopped taking the meds after about seven months because I didn’t like the way they made me feel. The next two decades would see a gradual decline in my health.

My Doctors and Specialists Were in the Dark

In 2004, I failed an insurance company physical because they were concerned about the results of my blood tests. My doctor referred me to the nearby regional cancer center, and the following two months were a whirlwind of needles, pokes, prods, x-rays, scans, a liver biopsy, and a lung test. I was relieved to learn that I didn’t have cancer, but confused when they couldn’t give me a clear diagnosis. Instead, they identified numerous symptoms associated with several chronic conditions, none of which I had. Furthermore, they offered no treatments or cures, just “band-aids.”

I had elevated liver function and fibrosis (scar tissue) in my liver (NASH), reactive airway disease (scar tissue in my lungs, despite never smoking), elevated hematocrit (too many red blood cells), elevated ferritin (an indicator of excess iron) but normal iron levels, and symptoms for polycythemia vera (a type of blood cancer) and hemochromatosis (iron overload), neither of which I actually had.

This array of maladies was a real head-scratcher for my various specialists, who never once discussed my diet or nutrition with me. Instead, their only course of action was to monitor my condition with regular visits for bloodwork and the possibility of phlebotomies (modern-day bloodletting) to relieve my arteries and veins of the extra red blood cells so they didn’t start to clot. And as long as my liver remained under duress, it would continue to build fibrosis, leaving me staring down the barrel of a potential liver transplant. My cholesterol at that time was “only” 210, so it was not even discussed.

Fast forward to 2012, and I had hit bottom. In addition to all of the above, I was lethargic and had difficulty concentrating. I no longer had the energy to mow my lawn, and I couldn’t get through the day without a nap. I had painful red rashes under both arms, and I started to suffer frequent cluster headaches. At 235 pounds, I was officially obese. The final straw was a severe and painful recurring eye infection that rendered me unable to see clearly for days at a time and didn’t respond to prescription steroid ointments and gels. I knew there had to be a better way.

Taking the Reins on My Own Health

I did some online research about diet and health, which led me to the Forks Over Knives documentary. I knew that I needed to make some changes, but when I saw the real, unfiltered data I was shocked!

On October 20, 2012, after many weeks of research, I switched cold turkey to a 100 percent whole-food, plant-based diet of vegetables, fruits, legumes, starches, whole grains, nuts, and seeds with zero animal products or refined sugars. In time, I removed all added oils and added salt as well. Within days, the beginning of another eye episode disappeared and never returned. I started shedding weight, my energy climbed, and I have not experienced another headache since embracing this lifestyle. In fewer than three months, liver function was in the low-normal range, my hematocrit was no longer elevated, and my ferritin level was also normal. My cholesterol had dropped from 210+ to 127, and my triglycerides had dropped from 408 to 110. My blood pressure also measured normal. All of this happened without a single medication or supplement!

Oh, yeah—I also lost 65 pounds in less than six months. With my newfound energy and zest for life, I completed my first Olympic distance triathlon, and I’m now training for my first Ironman 70.3 race. As an adult I’ve never been healthier or felt better.

In 2013, I earned my certificate in plant-based nutrition through the T. Colin Campbell Center for Nutrition Studies and eCornell University. I continue studying and researching daily, so I can provide others with the best possible information and resources to help them enter their later years in what I call “OH2”—Optimal Health & Happiness.

Contrary to what we’ve been taught our entire lives, obesity, chronic diseases, crippling pain, and expensive, often useless medications are NOT natural parts of growing old. My wife Jeanette and I are living a vibrant life we would never have known had we not learned the truth about the foods we were eating. 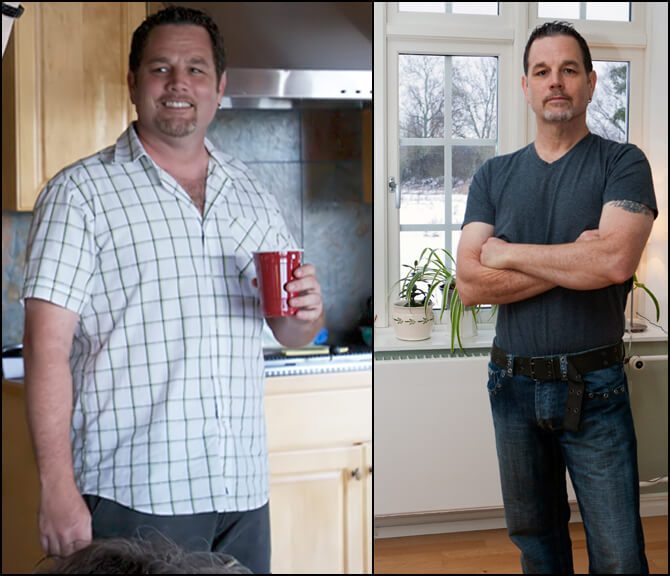