For most of my forties, I was in and out of the hospital, had over eight surgeries for various medical problems, and visited almost every specialist in town. To comfort myself, I turned to food. I was eating anything and everything, gaining more and more weight. It was a vicious cycle.

In 2010, my husband Jay had a heart attack and bypass surgery, followed by every complication imaginable. First he was diagnosed with a pulmonary embolism and admitted back into the hospital. After being treated for several days, he was released. Two days later, an ambulance took him back to the hospital, where he was diagnosed with pericardial tamponade. He stayed for two additional weeks before being discharged and sent home.

Initially, we bought low-sodium diet books from the American Heart Association and elsewhere and followed their guidelines. My husband started going to cardio rehab and began to feel better. Several months after his heart attack, his company went out of business, and we lost our health insurance. The bad habits slowly came back, and we were again eating comfort foods.

A lot took place in the following months. Our 13-year-old started having nightly seizures and was diagnosed with epilepsy. He started doing his own research and eliminated all junk food from his diet. He lost weight and we gained weight. We were trying to justify our unhealthy eating with all the stress we were dealing with.

In January 2013, I turned the BIG 50 and was dreading it. On a flight to Fort Lauderdale, I was seated between two strangers who, ironically were also 50. One of them asked if I had watched Forks Over Knives. I had never even heard of it. I wrote the title on the inside cover of a book.

In early February, I came across that book and remembered the conversation. I ordered the DVD and watched it with my husband. It has changed our lives in so many ways.

Initially it was like learning a foreign language. We walked into our local Whole Foods and had to request assistance from a customer service person, because we had no clue what we were doing. The employee suggested a weekly class they were offering, on the Engine 2 diet. We took the classes and have been learning a whole new way of life. Together we lost over 65 pounds in six months!

We both feel alive again and want to tell everyone how Forks Over Knives and The Engine 2 Diet have drastically changed our lives. We feel better, we look better, we’ve been trying new foods that I thought I would never in a million years try … and most important, we are both seeing our doctors less and less.

Thank you for getting this valuable information out there and changing one life at a time. You have certainly changed ours!

[Update from Margee in October 2015: “We are still a work in progress! It has been almost three years since we changed our lives and we still feel fantastic. Both of us rarely go to the doctors, except for our annual physical or the occasional cold around flu season. We have more passion, pride, and purpose towards our health and well being.”]

Before and after from original publication date, July 2013 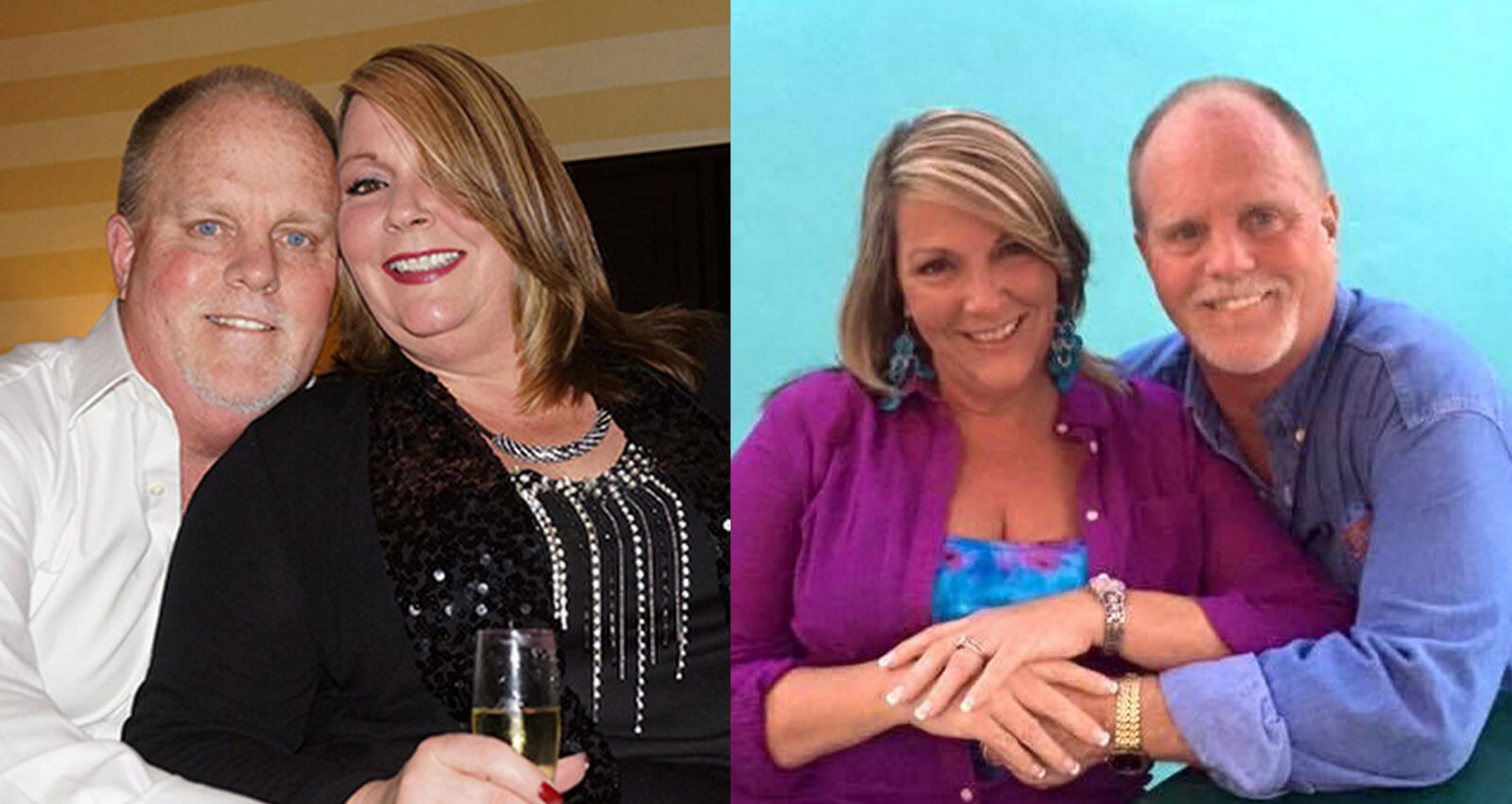