Struggling to cook healthy meals at home? Forks Meal Planner is here to help. Get started

Eating a breakfast of hearty, old-fashioned rolled oats in the morning will keep you satisfied until lunchtime. This oatmeal recipe includes raisins for a bit of natural sweetness with no added sugar.

From Forks Over Knives — The Plant-Based Way to Health

Healthy eating shouldn’t be a hassle.

With weekly meal plans customizable for any size table and any dietary restrictions, Forks Meal Planner takes the hard work out of healthy plant-based cooking.

For Cinnamon-Apple Oatmeal, reduce water to 3 1⁄4 cups and replace raisins with one apple, peeled and coarsely chopped. Cook as directed.

For Cinnamon-Jam Oatmeal, omit raisins, cook as directed, and top each serving with a dollop (about 1 teaspoon) of fruit-sweetened jam or jelly.

Jo Stepaniak, MSEd, has been involved with vegetarian- and vegan-related issues for over five decades. She is the author and co-author of eighteen books on compassionate living and vegan cuisine and has been a contributing author to many other books, pamphlets, national publications, and magazines. Jo is the senior editorial director at Book Publishing Company and a former community and victim-offender mediator. Her award-winning column Ask Jo! appears on her Web site Grassroots Veganism.

More from Forks Over Knives

Download the Forks Over Knives App and get 400 whole-food, plant-based dishes at your fingertips. Updated each week. 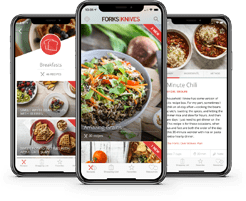