Jason Wyrick is the executive chef and publisher of The Vegan Taste. In 2001, Chef Jason reversed his diabetes by switching to a low-fat vegan diet. He is a New York Times best-selling author, has catered for companies such as Google, the Frank Lloyd Wright Foundation, and Farm Sanctuary, and has been a guest instructor in the Le Cordon Bleu program at Scottsdale Culinary Institute. 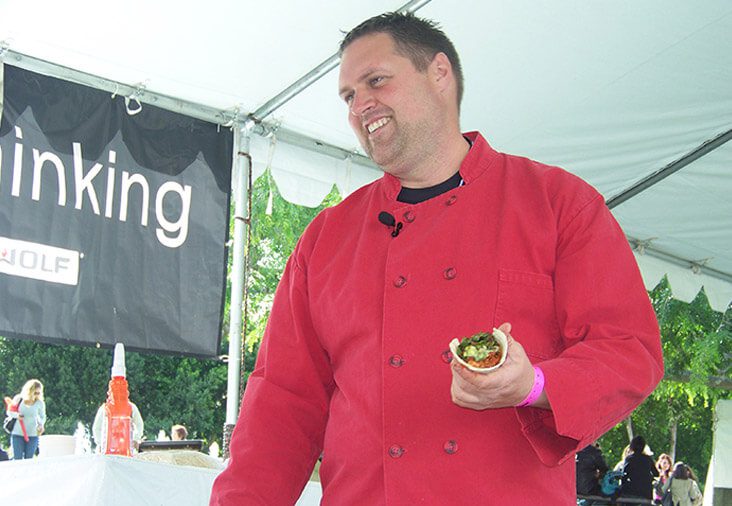 All Contributions from Jason Wyrick (7)

Rice and beans is a combination found all over the world, but it’s not just for lunch and dinner. This dish, which…

This is a fast, filling dish that shows the boldness of Szechuan cooking. Every ingredient stands out, from the pickled greens and…

Hash browns are a comfort food, and they don’t have to be heavily fried to be good. The added garlic makes them…

Caldo Verde is a Portuguese soup extravaganza of puréed potatoes with simmered kale, spiked with garlic and made hearty with red beans….

This recipe is based on an Ethiopian soup with a rich, deep curry flavor and complex textures. It’s easy to make in…

Asparagus and peas, with the lightness of lemons and parsley, create a beautiful dish, perfect for lunch and dinner. From 21-Day Weight Loss…

This recipe is perfect for meals and hearty snacking. Enfrijoladas are similar to Sonoran enchiladas, but they’re smothered with a bean sauce…