Animal Agriculture, Hunger, and How to Feed a Growing Global Population: Part Two of Two 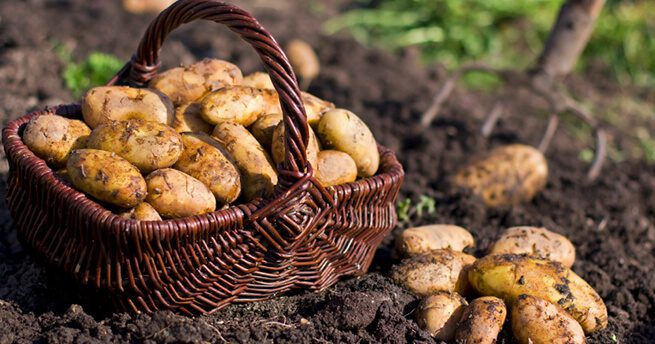 In part one, we explored how eating animals affects hunger and the world’s agricultural resources.

Most researchers and organizations involved in the plight of nations suffering from hunger believe that efforts and dollars should be spent on improved information technologies, increasing intensified livestock operations, and fostering the continuation of cultural practices while supplying them with conventional food-basket relief. I disagree. Since 75% of their work force is engaged in agriculture and more than half of their population illiterate, I suggest that these developing countries should emphasize three measures:

2. Redefinition of the word “yield” beyond short-term consumptive gain.

These measures could thus build a sustainability umbrella and form the key link between ecology, human health, and equity for current and future generations. They would effectively improve soil fertility and provide the most nutritious food for the least environmental cost, while opening doors to economic opportunities. Citizens could essentially “feed themselves” while creating a food, economic, and environs security net, despite what repressive forces they may encounter.

Even many desertified areas, including those in semi-arid regions, would be much healthier and more productive if restored with resource-efficient, earth-regenerative fully plant-based measures rather than with livestock. These measures might include the re-introduction of indigenous drought-resistant plants, agroforestry, implementing conservation techniques such as terracing and other plant based organic methods, or plant-generated microbiological procedures.

The majority of efforts to bring aid to those afflicted in developing countries can be categorized in two ways: direct supply of food, and investment in commercial agricultural development by various multinational entities. Supplying food relief to these countries may offer a temporary, diminutive patching of the much larger problem. The overriding reason there has been little improvement in the number affected and severity of hunger and poverty in African countries is that food supply has always been separated from the multitude of layered factors.

In the past twenty years, foreign investors have established lease arrangements with many African governments under the guise of helping to eliminate poverty and hunger. However, evidence shows that many are simply using the land as an investment for shareholders or private sector investors (pension funds and private equity groups) or to establish commercial agricultural operations that will bring them a return.

Some argue that these lease arrangements will eventually create a trickle-down effect that improves the economic status of the people of these developing countries. Most observers, though, have referred to them as simply “land grabbing’—acquiring land by making unfulfilled promises to reimburse the locals for use of their land and crops.

To date, foreign investors have procured 400 million acres in developing countries. Much of this has been in African countries, where large businesses set up timber, mining, and agricultural operations. The latter are predominantly meat-based—pork, beef, poultry, dairy, and crops to feed them. Long-term strategic alliances are currently being made by G8 countries and multinational corporations to provide funding for various agricultural projects within certain African countries under the façade of economic assistance. However, nearly all projects thus far (ProSavana, Land O’ Lakes, AGRA, ISFM, and efforts by the UN, NGOs, various think tanks, and others) are merely vehicles that perpetuate resource depletion and further the hunger-poverty cycle by way of continued livestock predominance.

The short- and long-term solution to the hunger and poverty cycle appear to lie in connecting most of the dots—creating a path of optimal relative sustainability—for the people themselves. All efforts for global assistance, whether from a humanitarian or agricultural perspective, should be first directed at creating the most efficient and nourishing food production systems possible. These systems should build and conserve topsoil and soil fertility, while using the least amount of land, water, and other resources. These goals can best be accomplished by devoting all agricultural efforts toward purely plant-based systems—no livestock, no dairy, and no chickens.

WHY NOTHING IS CHANGING

So far this has not been accomplished. If anything, most organizations design their projects to enhance livestock production, attempting to remedy feed issues, cure or prevent diseases with vaccinations for livestock, and train villagers or farmers to use animal husbandry techniques that are thought to improve food security.

There are two reasons for this:

1. Culture is complex and interwoven into many aspects of life, so it is something more easily left alone than improved upon or evolved from.

2. Eating meat is part of the culture and belief system of the researchers and organizations themselves. How could researchers and advisors conceive of another approach to solving hunger and poverty if their own food choices include eating animals?

Affected indigenous people who rely solely on the food relief efforts of outside agencies and subsistence farming find themselves cemented in perpetual poverty. Establishing for-profit agricultural protocols (“commercial farming”) for smallholder farmers will need to be an integral part of any successful program in the developing countries of Africa—but not with the use of livestock or as a subordinated appendage of multinational corporations associated with the meat and dairy industries.

HOW WILL WE FEED THE RISING GLOBAL POPULATION?

In 2009, world leaders gathered for the Summit on Food Security in Rome to discuss what many consider to be the most pressing concern we will face this century—how to feed all of us. Focusing its attention on this topic, the G8 Summit in May of 2012 committed funding to eradicate hunger by way of an alliance between the G8 nations, multinational businesses, and certain countries in Africa. This, in turn, has fostered initiatives that support animal agriculture without addressing the issue of food choice change.

Our human population is expected to reach over 9 billion by the year 2050—34 percent higher than it is today. This, combined with rising food prices, our dwindling supply of land and other natural resources, and changing climate, makes it is easy to see why food security is such a concern. However, despite all the rhetoric and projected G8 funding, our imminent and projected food security crises are unlikely to be solved using the resource-intensive agricultural systems currently in place, which are driven by our demand to eat animals and animal products.

Most of the predicted population and livestock production increase will occur in developing countries. Many researchers feel that in order to feed that many people, the world will have to increase annual meat production by over 200 million tons (to reach an estimated 517 million tons), which will stress the already-stretched ecosystem services necessary to produce it. Demand for livestock products will likely double in sub-Saharan Africa and South Asia by 2050.

LIVESTOCK IS IMPORTANT … TO STOP RAISING

According to the United Nations, “livestock production holds great importance for ensuring food security.” That’s because global demand for meat, dairy, and eggs is predicted to increase as the world’s population increases. In 2012, the world produced and consumed 290 million tons of beef, pork, sheep and goat meat and poultry, in addition to 154 million tons of fish (wild-caught and from aquaculture). This translates into a staggering number of animals unnecessarily raised and slaughtered at the expense of our planet’s health. So, yes, livestock does hold great importance: the less we raise, the more secure our food will be.

DO YOUR PART, AND INSPIRE OTHERS TO DO THEIRS

Most of us find it difficult to appreciate how our food choices can have such far-reaching effects. But they clearly do. We can do our part in reducing world hunger and poverty and improving our future food security by increasing awareness about the multidimensional benefits of a fully plant-based diet—and then, individually and collectively, moving the change forward.

Can’t Cut Meat 100 Percent Yet? “The Reducetarian Solution” Says Less Is Next Best
April 17, 2017
No, Grass-Fed Beef is Not Better for the Planet
October 20, 2016
The Best Thing You Can Do for the Planet Has Nothing to Do With Shorter Showers or Hybrid Cars
May 5, 2016

Author of the award-winning books Comfortably Unaware and Food Choice and Sustainability, Dr. Richard Oppenlander is a consultant, researcher, and lecturer on the topics of food choice and sustainability. He started an organic vegan food production company, operates an animal rescue sanctuary, and is the founder and president of Inspire Awareness Now. Dr. Oppenlander has written numerous articles and serves as an adviser for organizations, municipalities, and institutions. Visit the Comfortably Unaware website for more.