Keegan Kuhn, the director of Cowspiracy and co-director of What the Health, is back with Running for Good, a new documentary about ultrarunner and longtime vegan Fiona Oakes. You can watch it for free this week on the film’s website, where it will be streaming from Oct. 11 through Oct. 14.

The visually stunning film, narrated by Rich Roll, tells Oakes’ remarkable story—from losing her right kneecap in high school to setting three Guinness World Records in 2013—and follows her as she competes in one of the most extreme races in the world, the Marathon des Sables. The six-day race requires runners to trek 156 miles through the Sahara in 120-degree heat, carrying all their food and supplies on their backs.

We reached out to Kuhn to learn more about the physically grueling production process and the genesis of the film.

How did you first hear about Fiona Oakes, and how did you decide you wanted to make this film?

When Kip Andersen and I were doing our crowdfunding campaign years ago for our film Cowspiracy, Fiona and Martin (her partner) reached and asked how they could support the film. I was peripherally aware of Fiona … but when I looked her up I was blown away by her achievements. … I wrote back and said, “How can I support you?!” I felt immediately that her story would make for a great film, because she is one of the most under-reported ultra-athletes in the world. She has done so much on so little and embodies what a life of service looks like. My motivation as a filmmaker is to tell untold stories, and I wanted to elevate Fiona’s story to a place I think it deserves.

How did you film the Marathon des Sables scenes?

Filming the Marathon des Sables was a big challenge. About half of the course is accessible by 4×4 vehicle, and I was lucky enough to team up with an amazing 4×4 driver, Mohan Ouhassou, but the other half of the course is only accessible on foot. Mohan would drive me out to the middle of the desert and point out a mountain and say, “If you hike over that mountain and go across the valley, you will see them running.” So I was climbing mountains and running 7 to 15 miles a day with about 30 pounds of gear on me, sleeping in similar tents as the runners. … Since I filmed the entire (marathon) solo, it was hard, but I thoroughly enjoyed it.

Did you do physical training to prepare?

I started running every day for about six months before I started filming. I also started eating only one meal a day.

What surprised you about Fiona?

Her genuine humbleness. Fiona could easily and understandably have a giant ego, as an athlete with four world records, elite marathon wins, and a 2:38 marathon time, but Fiona seems to have no ego. She seems to not think much of her racing achievements, but more focuses on the successes she has had in inspiring people to change their diets and view of non-human animals.

Why should non-runners see this film?

It’s an inspiring film not just for athletes but for all of us, (pushing us) to dig a little deeper and try a little harder to make the world a better place. Fiona Oakes’ dedication and passion are infectious, and she shows that a plant-based lifestyle doesn’t hold you back from achieving anything; in fact, it might be the reason she can do what she does. 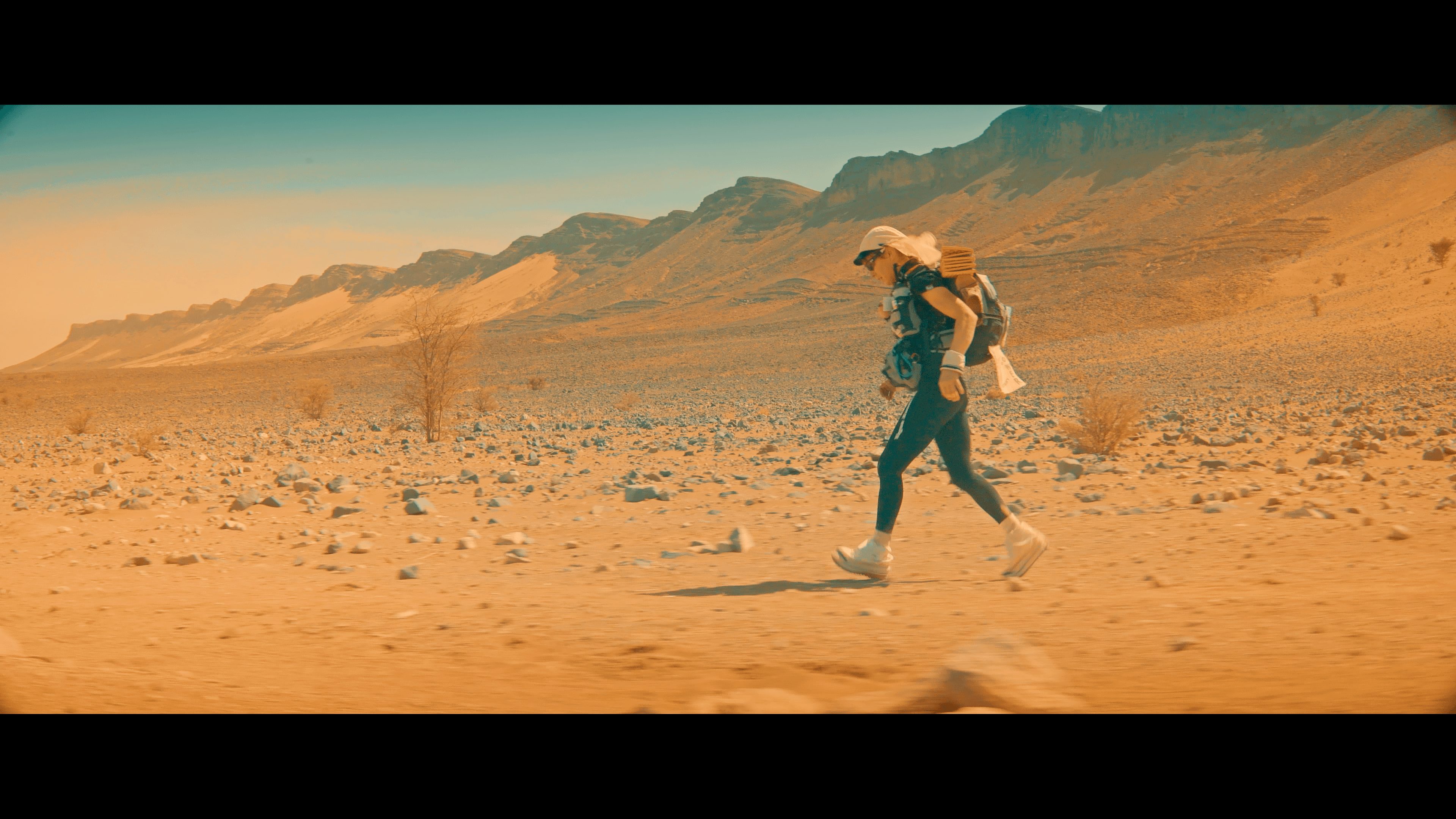