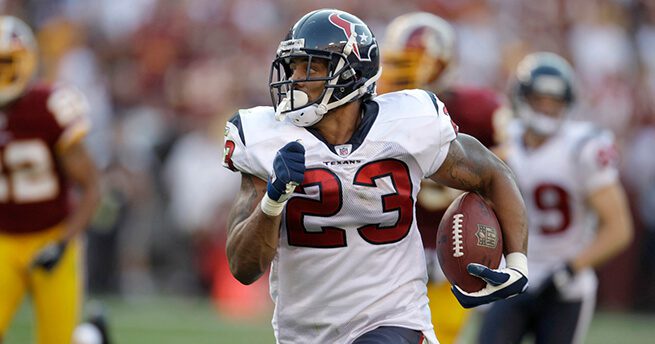 Houston Texans star running back Arian Foster said he is trying a vegan diet. On July 5, he tweeted, “Officially a vegan now. We’ll see how this goes. But week one down. So far, so good. Feels wonderful.”

In 2011, Foster ran for 1,224 yards and caught 53 passes, making him one of the top running backs in the game. In March, he reportedly signed a five-year, $43.5 million contract with Houston.