Can Houses of Worship Commit to Going Plant-Based?

It is not a stretch of the imagination to say that the Western palate is accustomed to meat as one of the primary means of community interaction. Think about all of the celebrations, life-cycle events, and solemn occasions that have been garnished with chicken fingers, stuffed turkey, brisket sandwiches, or smoked salmon. You get the idea. The amount of animal products utilized to entice community engagement today has reached a historic peak. But it’s time to turn things around. In our contemporary religious ecosystem, where the need to be more healthy, environmentally friendly, and compassionate is paramount, and the concern for all should be elevated to the holiest ethical priority, the dichotomy between preaching kindness and tolerating cruelty is an ironic, paradoxical, and unfortunate reality.

Yet for those who seek the greener pastures of a plant-based diet, the institutional willpower for churches, mosques, and synagogues to commit simply to not serving meat remains a dream. A holy dream, but a dream nonetheless. Indeed, the notion that exploiting animals is a requirement for elevation to holiness is intrinsic; such a myopic anthropocentric view remains widely prevalent in society at large. And while it certainly is true that the vast majority of houses of worship in the Abrahamic tradition utilize animal products on a regular basis, there are countless mitzvot (Jewish commandments) that mandate that we treat animals with compassion and prioritize reducing suffering. The tide to accept and abide by animal-centric systems is rapidly beginning to turn.

I frequently hear moving stories from individuals who are committed (or who want to commit) to a plant-based diet and to expressing their inherent religious self, but who’ve stopped attending religious services due to an agonizing lack of inclusivity for vegans and vegetarians. Some are ridiculed or ostracized, while others are moved into silence, not wanting to be known as disruptors. Many feel it is too uncomfortable to commingle in such an overwhelmingly carnivorous environment. As a rabbi and plant-based diet activist, I myself have felt the drift away from my love of religious attendance due to a perceived and ever-widening gap in values and experience.

Thus, it is time that we boldly reverse this trend of alienation and misunderstanding. Religious institutions are one of the last sources of vibrant community we have in America. And, powerfully, they are major forces for change. At present, according to the Pew Research Center, 77 percent of Americans continue to identify with a religious faith, and there are thousands of religious institutions across the American landscape. Rather than fleeing from religious life, vegans and those who want to commit to plant-based living need to create the meaningful change they want to see for themselves and their families from inside the system. (Of course, not everyone is seeking religion, but for those who are, we must present a morally evolved option.)

Sadly, there is not a single vegan synagogue in the United States. Not one! And while there certainly are houses of worship that regularly provide vegetarian/vegan meals (adherents to Jainism consider veganism a holy tenant of their faith, and Sikh gurdwaras serve vegetarian meals to all who are hungry), the vast majority of synagogues, churches, and mosques woefully lack the desire to follow suit. It is for this reason that the Shamayim V’Aretz Institute, in partnership with VegFund, recently announced The Synagogue Vegan Challenge (details below).

If congregants are exposed to a plant-based diet, they are going to both see immediate results (their health) and feel immediate results (ethical renewal). Further, such an endeavor is likely to attract new members who are spiritually hungry to be renewed in mindful communities. I believe the results would be so powerful that it would be hard for the congregation to revert back.

This is an exciting time. The convergence of heavenly ideals with real-world impact is growing ever closer. With the lives of billions of divinely created creatures hanging in the balance, will you do your part to stave off more needless suffering? Will you do your part to ensure the blossoming of a more just and verdant world for all? It’s a challenge, but one that we need to heed seriously.

(The Synagogue Vegan Challenge is an innovative—and delicious!—opportunity for synagogues across the country to experiment with adding more plant-based cuisine options for their congregants. The way the program works is simple: A $25,000 grant, divided into $5,000 allocations, will be distributed to five synagogues that successfully go vegan for one calendar year. If you know of a synagogue that you think would be a perfect fit for this program, please direct them here to apply by Aug. 1, 2017.) 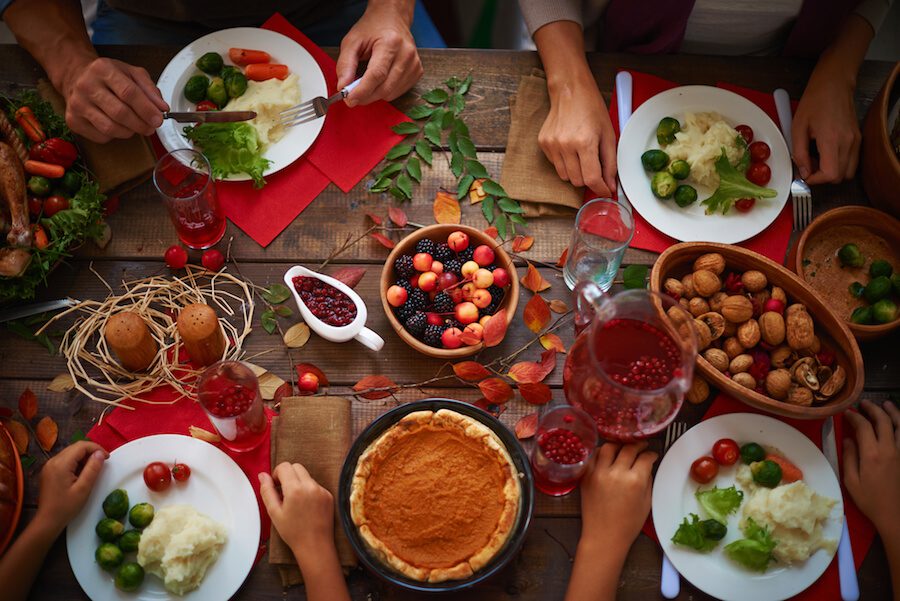 Rabbi Shmuly Yanklowitz is the founder and CEO of The Shamayim V’Aretz Institute (the Jewish animal welfare movement), is co-founding a major interfaith animal welfare movement, and is the author of nine books on Jewish ethics. Newsweek named Yanklowitz one of the top 50 rabbis in America. He was educated at Yeshiva University, Harvard University, and Columbia University. Find him on Instagram and Facebook.