We Are More than What We Eat: The Hidden Benefits of Eating a Whole-Food, Plant-Based Diet 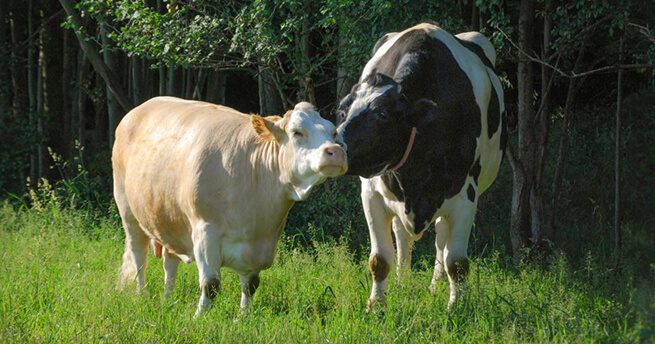 As a medical doctor, once only interested in my patient’s welfare, I was slow to see the bigger picture. I now understand that we must also consider our impact on the animals and the environment. Fortunately, these are not mutually exclusive goals. —John McDougall, M.D.

Many people embark on the journey of following a whole-food, plant-based diet with the sole intention of improving their health and enhancing their quality of life. And while improved physical wellbeing is a worthy goal in and of itself and its benefits are indisputable, it is by no means the only benefit of eating “plant-strong.” We cannot reduce eating to nothing more than what we put in our bodies any more than we can reduce foods to nothing more than their chemical properties (a whole apple, for instance, is not simply an aggregate of fiber, calories, and vitamins). Whether intentional or not, following a whole-food, plant-based diet is about much more than simply what we do—or do not—eat, and it therefore impacts much more than our physical health.

Following a whole-food, plant-based diet is about having the courage to step outside of the mainstream, animal-eating culture, a culture that seeks to keep us intellectually anesthetized and comfortably numb. It is about reclaiming our health and redefining the very meaning and nature of eating and food. It is about being open to ideas that challenge the myths of the dominant culture in which we have all been indoctrinated—to critically examine longstanding “truths” that have been drummed into us by our parents, teachers, doctors, and society. It is about questioning the authorities we have learned to place our trust in and thus questioning our own relationship with authority and truth. It is about resisting the pressure to conform to a seductive yet destructive status quo and having the strength to hold onto our convictions in the face of deep-seated resistance to our lifestyle. (How often have you thrown up your hands in perplexed exasperation when, for instance, your dangerously overweight loved one, who’s undergone triple bypass surgery, calls you crazy for suggesting they reduce their meat consumption? How often have you felt alienated at meals where otherwise conscientious, rational people cannot seem to remember or figure out how to prepare a plant-based meal so that you don’t have to starve?) Following a whole-food, plant-based diet is about saying yes to health, life, and truth – and therefore saying no to the beliefs and behaviors of the dominant, animal-eating culture.

When We Say Yes, We Also Say No

When we say yes to health, we say no to harm. We protect our bodies as well of the bodies of the animals—approximately 20,000 of them per minute in the U.S. alone1—who are brutally raised and slaughtered for their flesh and excretions. These beings exist in conditions that would horrify even the most thick-skinned of us. For instance, farmed animals are routinely castrated, de-beaked, and de-horned without any painkiller whatsoever. (The screams of piglets as their testicles are being crushed have literally traumatized animal advocates who must witness such procedures.) They are born and raised in crowded, filthy, dark environments where their existence is one of abject misery and terror. The females may be hooked up to “rape racks” where they are forcibly impregnated, over and over, only to have their offspring taken from them just hours after birth. (The wailing of cows whose babies have been dragged away is as haunting as the screams of piglets.). They are shackled by their ankles, dragged along a conveyor belt, sliced open, and plunged into boiling water, often while fully conscious. Indeed, when we say yes to heath and no to harm, we also say yes to compassion and no to cruelty. (And, as a bonus – since according to the United Nations animal agriculture is the leading cause of some of the most serious environmental problems in the world today2, and according to Human Rights Watch conditions in U.S. meatpacking plants are so appalling they violate basic human rights3 – when we follow a whole-food, plant-based diet we also say no to harming the environment and workers.)

When we say yes to life, we say no to death. We enhance our own life, but we also enhance other life: wildlife that is decimated by deforestation (according to the World Bank, approximately 91 percent of clear-cutting in the Brazilian rainforest is for cattle ranching); aquatic life – including unintentionally targeted species, or “bycatch,” such as dolphins – that, according to the FAO, is exterminated by about 27 million tons per year by commercial fishing; plant life that is destroyed by vast quantities of toxic wastes dumped into the environment by CAFOs (“factory farms”); and, of course, farmed animals. We enhance the life of pigs, chickens, fish, cows, and other sentient beings who, like all beings, have lives that matter to them and whom animal agriculture reduces to mere units of production. Indeed, when we say yes to life and no to death, we also say yes to justice and no to oppression. We no longer support any unnecessary – unjust – killing, including killing that is carried out on small-scale “humane” farms. While most people would, for example, recognize the injustice of killing a perfectly healthy golden retriever simply because they like the way her thighs taste, these same people nevertheless typically support the killing of other species under the very same circumstances. Following a whole-food, plant-based diet means saying no to the massive injustice that is animal agriculture, in all its permutations.

And finally, when we say yes to truth we say no to denial. We no longer buy into the cultural fictions that deny the damage done by animal agriculture, and we recognize the Three Ns of Justification—eating animals is normal, natural, and necessary—as the myths that they are. We can also recognize that farmed animals are beings rather than objects, individuals rather than abstractions, and sentient species that are equally inedible (if we wouldn’t eat a kitten, why eat a lamb?). When we remove the blinders of denial we see the truth—the truth that, when it comes to eating other living beings, we have been taught to numb ourselves, psychologically and emotionally. We have been taught to block our awareness and empathy so that we see corpses as cuisine and act accordingly. When we say yes to truth we are more in alignment with our core values, values such as justice, reciprocity (the Golden Rule), and compassion. We are therefore more psychologically and ethically integrated, and we bring greater authenticity and integrity to our lives. And we can sleep better at night—not only because we are not polluting our bodies, but also because we are not polluting our hearts and minds.

When we follow a whole-food, plant-based diet, we inevitably become conscientious objectors to the oppressive, animal-eating culture. Eating—and not eating—animals is not a morally neutral act. By choosing to eat plants rather than animals we are making a statement and taking a stand. We are voting with our forks, and we are voting for far more than simply what we eat. 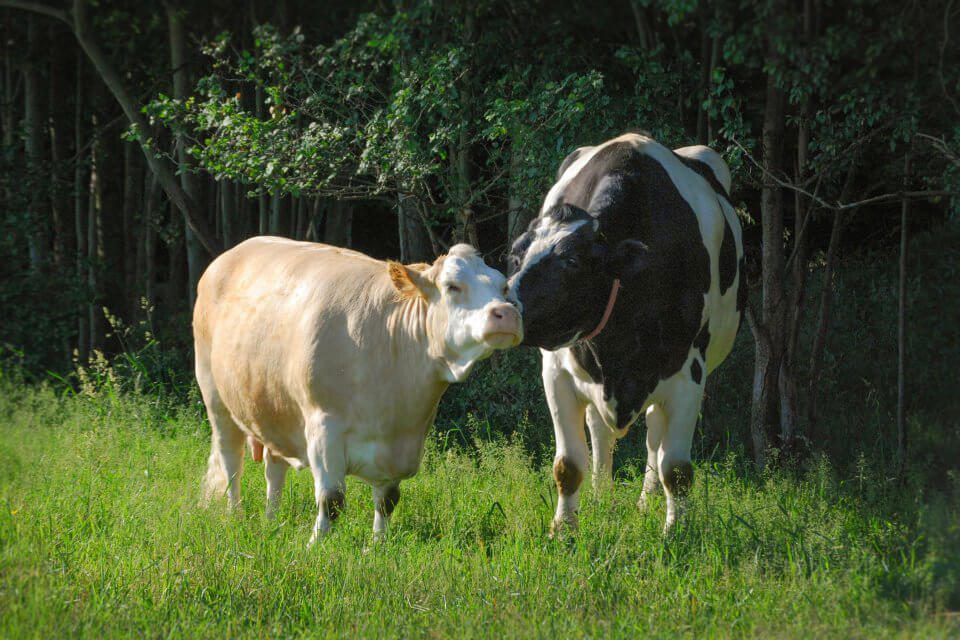 Melanie Joy is author of the acclaimed Why We Love Dogs, Eat Pigs, and Wear Cows. Joy is a Harvard-educated psychologist, a professor of psychology and sociology at the University of Massachusetts, Boston, and a celebrated speaker. Joy has written numerous articles on psychology, animal protection, and social justice, and she has been interviewed extensively by international media venues. She is also the founder and president of the Carnism Awareness and Action Network. Find her on Facebook and Instagram.