A third public school in New York City has officially signed up for exclusively vegetarian cafeteria menus. Bergen Elementary School (P.S. 1) in Sunset Park is the first public school in Brooklyn to make the vegetarian switch, by popular demand of the school’s 1,250 students.

This vegetarian trend among New York schools is getting a helping hand from the Coalition for Healthy School Food, a non-profit organization working to promote nutrition education and increase plant-based food options in schools. The organization has been pivotal in providing guidance to the Department of Education’s SchoolFood Office on how to successfully transition to an all-vegetarian menu.

Amie Hamlin, executive director of the Coalition for Healthy School Food, explains how Bergen Elementary got on board: “A representative of P.S. 1 attended a meeting that we held two years ago, intended for school principals, to educate them about the benefits and availability of a vegetarian menu,” says Hamlin. “They decided they’d like to adopt the menu, and we facilitated that transition by communicating with the NYC Office of SchoolFood.”

Hamlin is quick to point out that the school menus are vegetarian, not vegan. “The meals are vegan about half the time, and it is always our goal to increase the percentage of meals that are vegan,” she says, explaining that the first step is to ensure the kids embrace the new menu. “We have to remember that our culture is full of processed and fast foods, so the healthier foods are pretty unfamiliar, and it takes a lot of education and marketing to promote them to students.”

Meanwhile, other New York City schools are offering more plant-based choices in their cafeterias. Recently, hummus was introduced as a healthy plant-based option at all of the city’s 1,200 schools, and a selection of salads and fresh, seasonal fruit is offered daily. Last month, New York City Mayor Bill De Blasio announced that Meatless Monday menus will come to 15 Brooklyn schools next spring.

With Brooklyn’s Bergen Elementary joining in, this brings the total number of public schools in New York City serving vegetarian meals to three, signaling a trend among young learners to make the switch to healthy plant-based school meals. 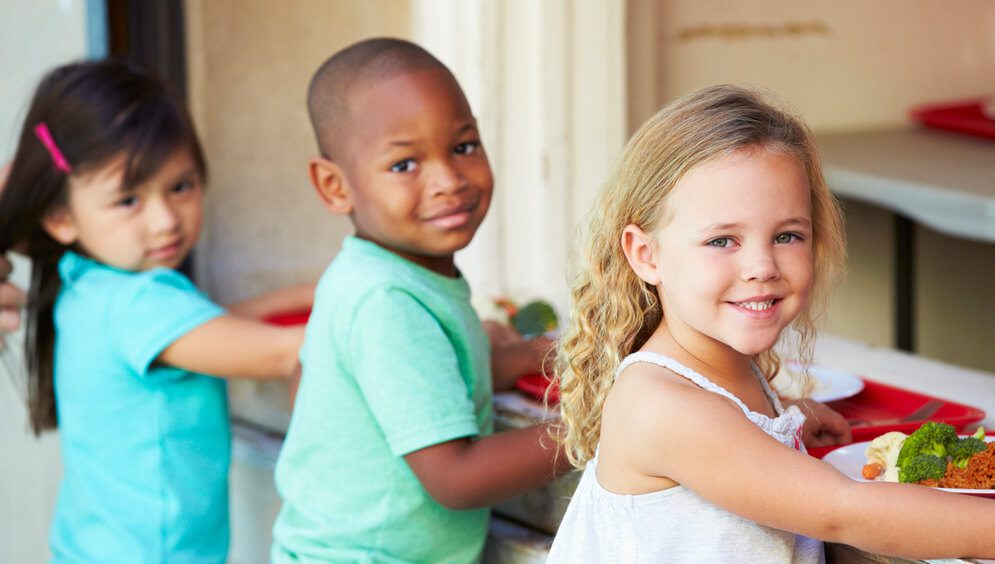