Underneath their prickly exterior, artichokes provide plenty of fiber (7 grams per medium artichoke) and more disease-thwarting antioxidant activity than any other vegetable. How do artichokes taste? Like a vegetable delicacy: tender, mildly sweet, and a little nutty. A large steamed artichoke with your favorite dipping sauce makes a wonderful shared appetizer—or a delicious main dish when you want something light to eat. Round it out with a side of soup or whole grains.

Look for artichokes at farmers markets during their peak season from March to May, or in supermarkets year-round—the majority of North American artichokes grow in Central California, thanks to its mild summers and winters.

Choose artichokes with thick, bright leaves that “squeak” when you squeeze them. The smaller the artichoke, the sweeter it will be.

Stored in the fridge, artichokes will last up to five days.

How to Trim and Prepare an Artichoke

Trimming an artichoke removes the woodiest outer layer, for easier cooking and eating. Here’s how you do it. 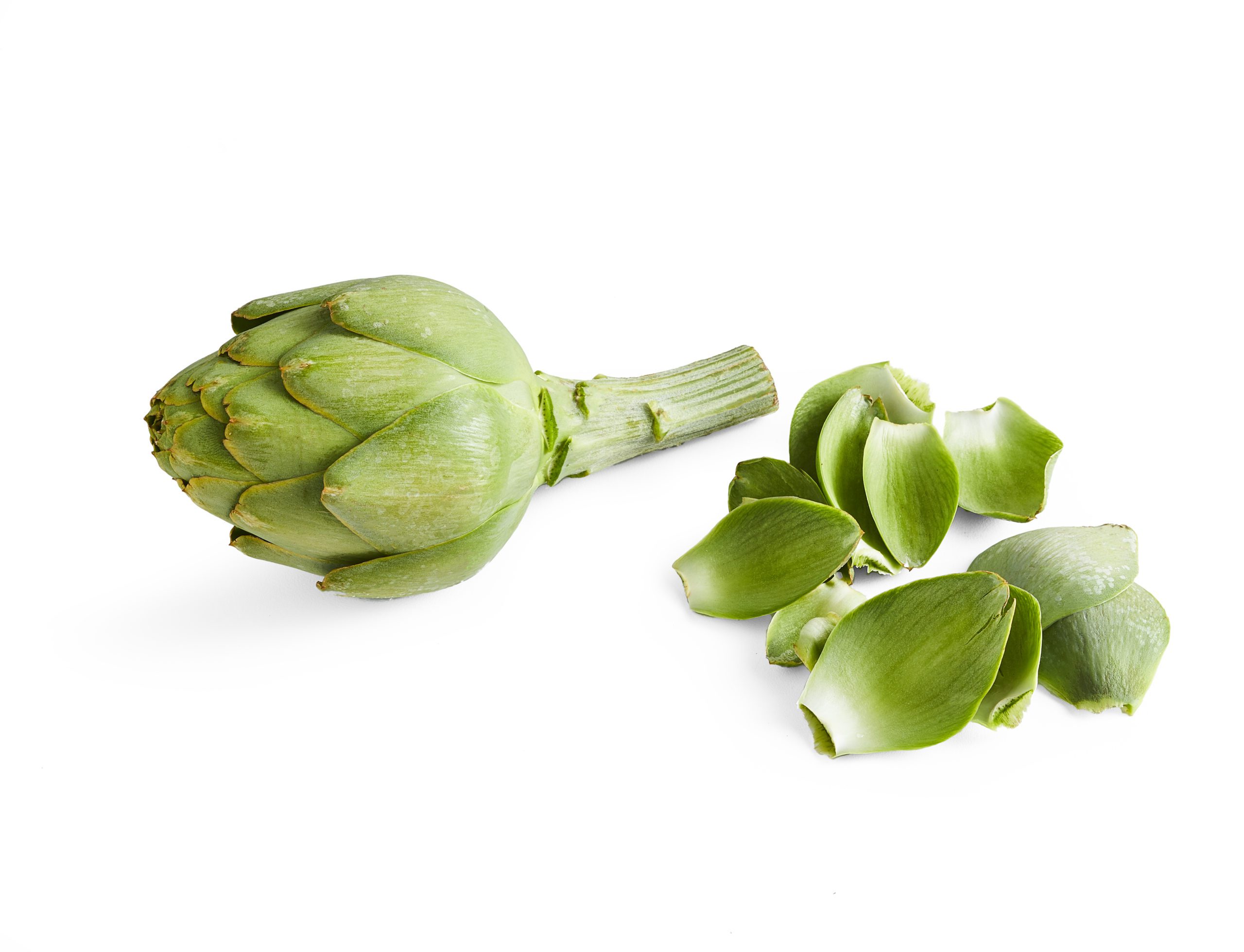 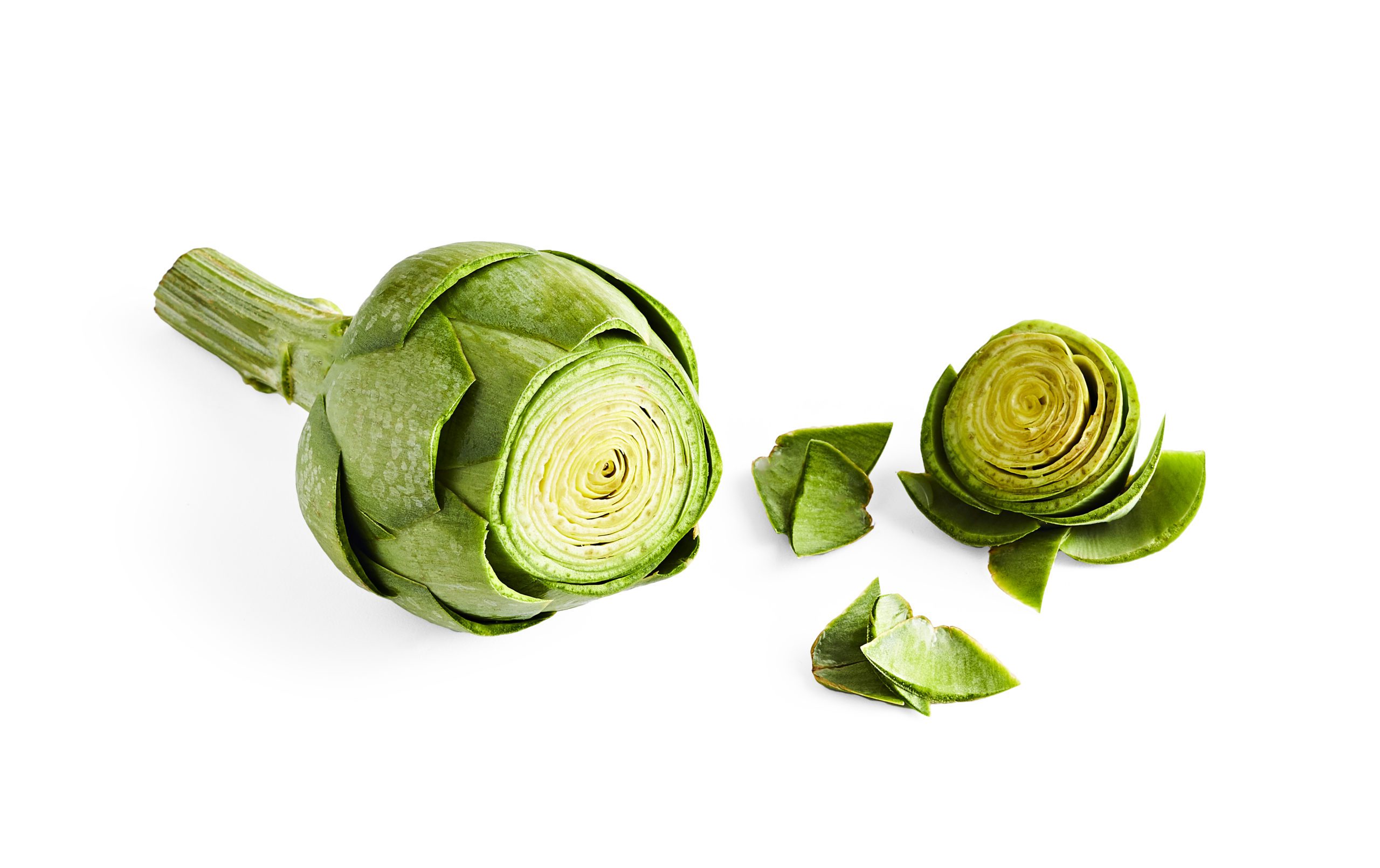 2. For a fancy look (optional), chop off the top quarter of the artichoke’s tip, then use cooking shears to snip the thorny tips from the remaining leaves. 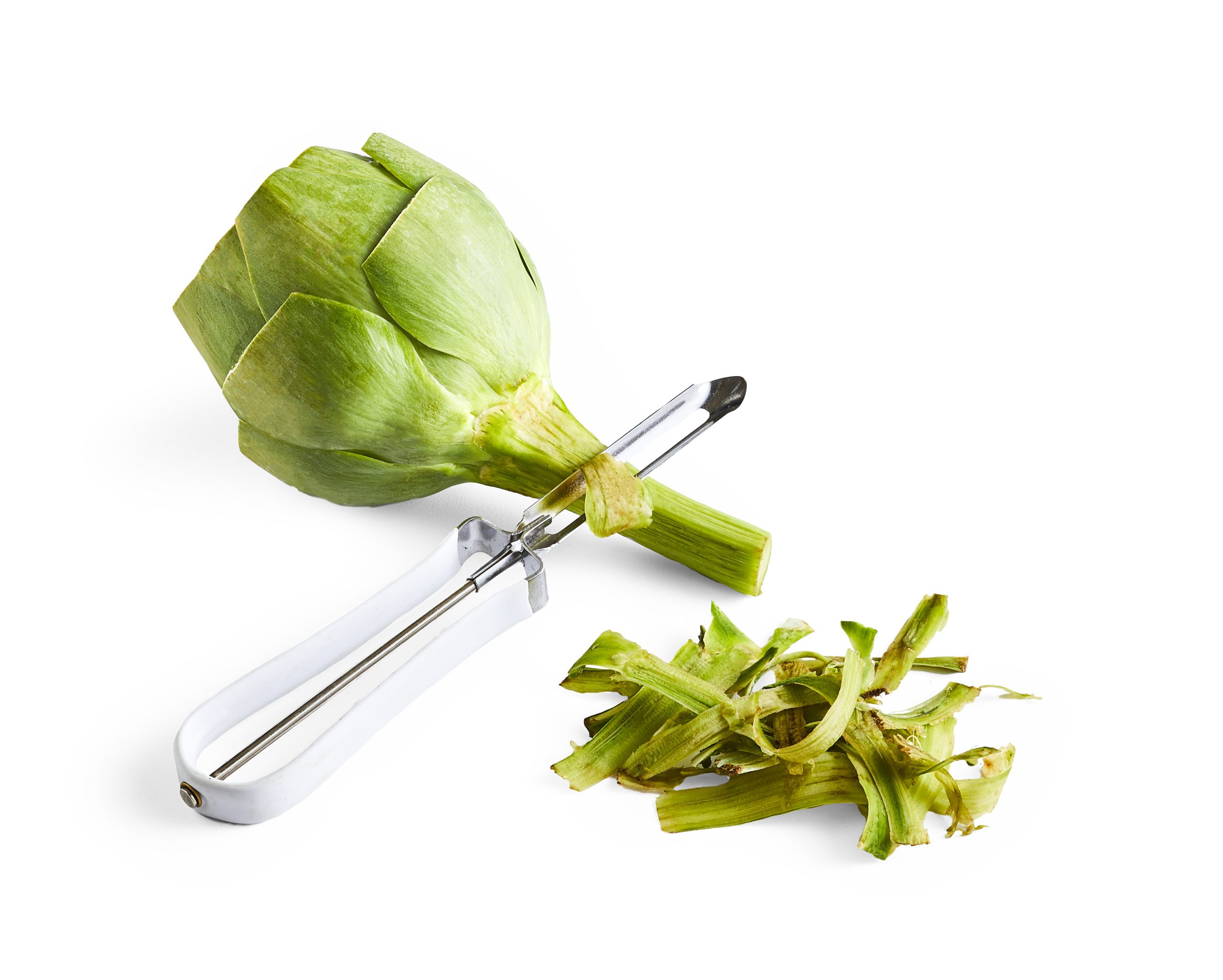 3. Use a vegetable peeler to scrape down the tough stem. 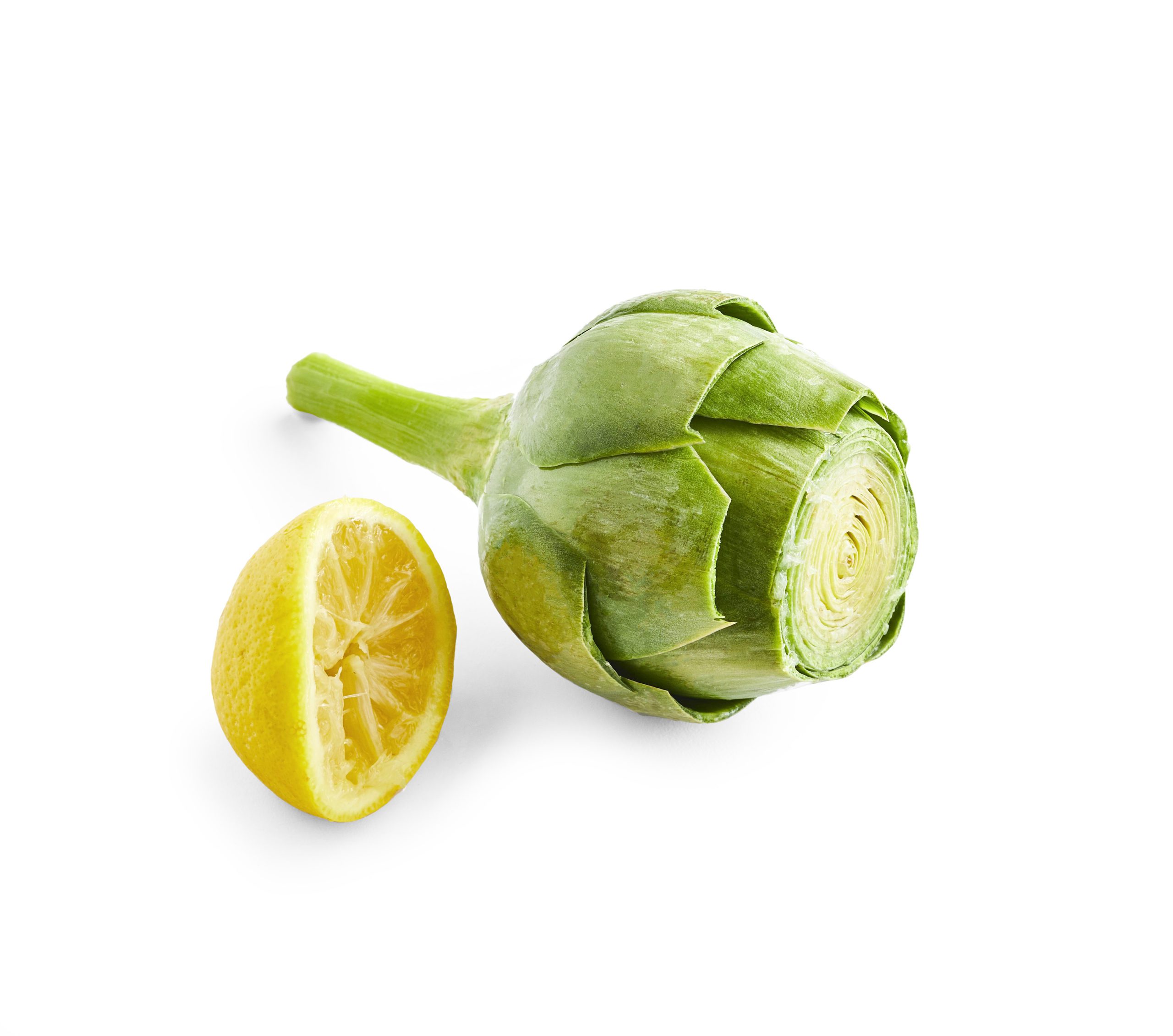 How to Eat an Artichoke

Artichokes can be eaten raw or cooked. To eat one, pluck off each leaf, dip it into your preferred sauce (Vegan Creamy Italian Dressing, Ranch Dressing, and Tahini Dipping Sauce are all good options), and slide between your teeth. Discard the purple leaves in the center and the fuzzy choke underneath. What remains at the bottom is the creamy, melt-in-your-mouth heart.

How to Cook an Artichoke

There are several methods for cooking artichokes.

Trim artichoke. (See above for trimming instructions.) Place in a steamer basket in a saucepan. Add water to saucepan to just below basket. Cover pan and steam 25 to 40 minutes, or until the leaves are tender.

Trim artichoke. (See above for trimming instructions.) Scrape out choke using a metal spoon; then cut artichoke in half lengthwise. Steam artichoke halves (see above for steaming directions) until leaves are nearly tender. Place cut-side down on a grill. Cover. Grill 5 to 10 minutes.

Trim artichoke. (See above for trimming instructions.) Bring a medium or large pot of water to boiling. Place trimmed artichoke in water. Reduce to a simmer. Cover. After about 20 minutes, remove using tongs. Place on a plate. Give one of the leaves a tug. If it comes off easily, it’s done cooking. If not, return artichoke to boiling water and cook for another 5 to 10 minutes. Once it’s fully cooked, drain and serve.

What Are Baby Artichokes?

Baby artichokes, which are actually fully grown miniature artichokes, have softer leaves and no choke, making them easier to prepare. Try trimming and halving them, then sautéing, roasting, or grilling for a crowd-pleasing treat.

How to Use Artichokes in Recipes

Artichokes are an easy add-on ingredient: Toss chopped artichoke hearts into spring vegetable stews, pile them with cherry tomatoes onto morning avocado toast, or swirl them into creamy plant-based risotto. Add them to homemade pizza. Or jazz up pastas and salads with frozen artichoke hearts, which have less sodium than their canned counterparts.

Forks Over Knives Recipes to Try

Tami Fertig is a longtime writer and editor based in Portland, Oregon, covering food and nutrition. She loves hiking, biking, and discovering new farmers’ markets with her husband and 2-year-old.